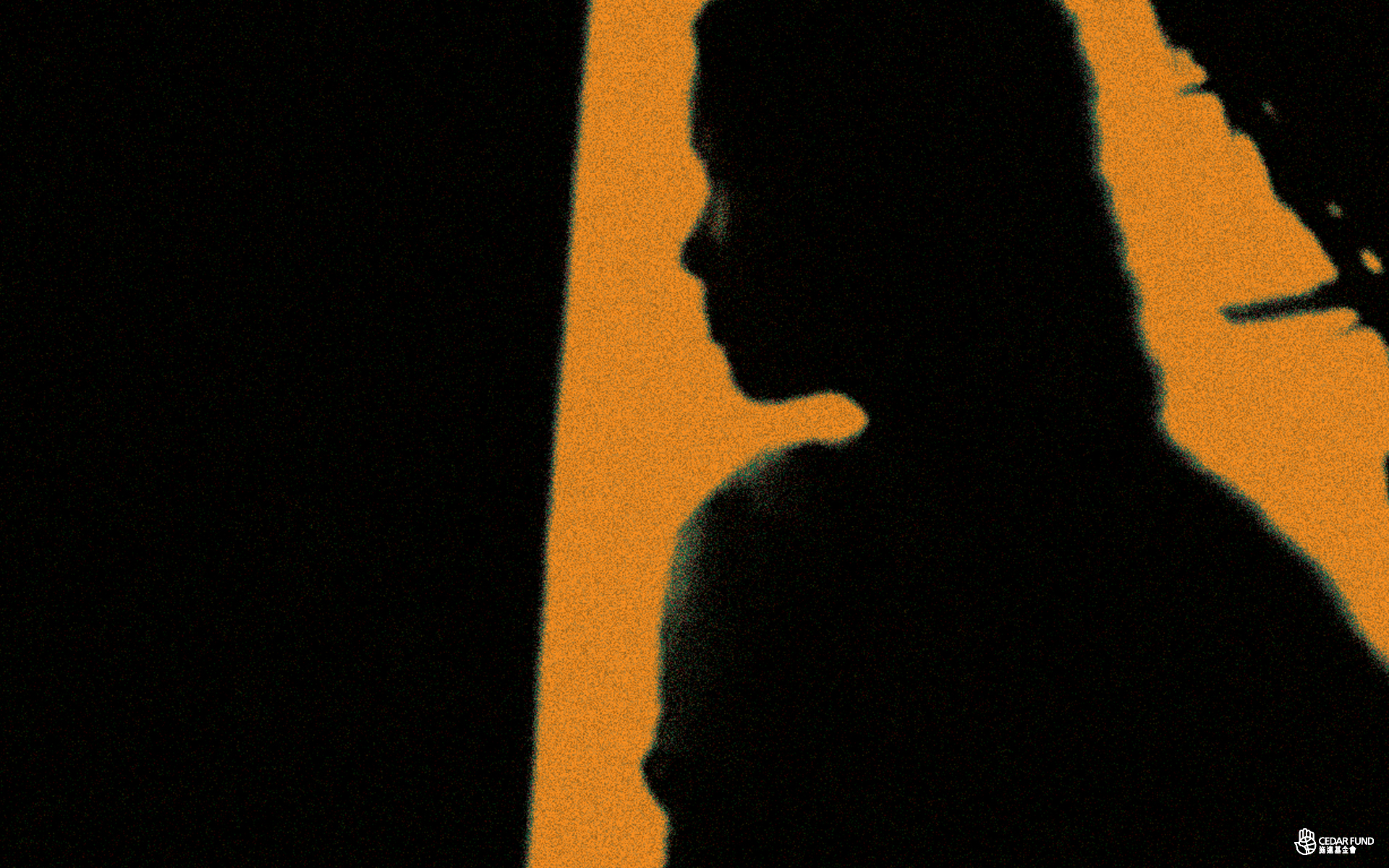 Slavery is often thought of as an archived piece in the history of humanity existed only in the poorest corners of the earth full of conflicts and incivilities. The sad fact is that the total number of slaves is at a historic high today, spanning across the globe.

“If there is one life being threatened to be sold, we shall be there fighting against it,” said one of the speakers in an anti-human trafficking conference—Let alone the fact that 36 million people, five times the population of Hong Kong and two-thirds of them from Asia[1], are under various forms of slave-like control. Thankfully, God did not ignore the cries of millions of all ages who were forced under contracts of labor, sex, and military. He called forth a group of His faithful servants, of which a lot of them in Asia are current partners of CEDAR. They are tasked to walk with the wounded and protect those who are vulnerable to being slaved. Intervention at the Human Trafficking Roots in Asia

India has long been the source, proxy, and destination of forced labor and sex trafficking. Ninety percent of the trafficking was done locally, the victims being those in the lowest caste—the Dalits (literally “The oppressed”).

Forced labor and child labor are common in the Bihar State in Northeastern India. Children and women are particularly vulnerable to trafficking due to poverty, the lack of land ownership, and the lack of education and employment opportunities. Local statistics show that there are 2.18 million uneducated children in 2012 alone, who often ended up being labored or even sold. A lot of girls were being sold to brothels in Mumbai, Delhi and Calcutta, and boys were often trafficked to other cities in India as workers. Some as young as 9 were forced to work in embroidering factories in Nepal.

Nepal was not much better than India. The government record of human trafficking in Nepal skyrocketed after the earthquake in April 25 last year. Many children from disaster-struck families were forced to work to sustain their lives, making them easy prey for traffickers. Nepal is another hot spot of human trafficking in Asia with as much as 15,000 girls being sold to Indian brothels yearly. A current estimation of 200 thousand girls in India are thought to be victims of trafficking activities coming from Nepal. Another 30 thousand in Nepal were forced to work in the sex industry[3].

Grace (obscured) was born in a poor family where her father was in chronic conditions. She had to drop out from school and start working at the age of 14. She met a man when she was 17 who told her there was employment opportunity. She followed him and left her town. Eventually she was sold to an Indian circus where she had to practice risky and difficult acts daily without pay and proper food. She lived in fear for 2 years before she was saved.

Promoting Connection and Support within Communities

Partners of CEDAR in India and Nepal started to promote and build church and community support networks against child trafficking since 2011, watching for and preventing the abduction and sales of children while rescuing and supporting those who were victimized. They also provided training and life essential supports for poor families in the hope of stopping the trafficking at its roots.

Our partner in India, the Evangelical Fellowship of India Children At Risk (EFIC@R), had built church support networks for high-risk children in the Jharkhand State, the Orissa State, and the West Bengal, saving children like Sara (obscured) from the mouth of the lions.

Sara, 19, was from an underprivileged community in the Jharkhand State. She aimed to be a high school teacher after her graduation but was sold to a brothel in Delhi by ill-intentioned friends, and she thought her life was over. Thanks to the strong support network built in the Jharkhand State by our partner, Sara was found in a brothel 1,000 km from her home. She is now living in a safe place and has found her hope again.

Our chivalric partners in Nepal are the Share and Care Nepal and the Viva Network. They also built church and community support networks helping the minorities in the fight against traffickers. Their workers told us, “Poverty and child inequality put Nepal children in a disadvantage where they are prone to being exploited, abused, sold as debt-paying labor, and be involved in underage marriage, sex work, or become temple prostitutes.”

Share and Care Nepal has been providing training to 70 women self-help groups during the past 3 years in villages in the Makawanpur mountains next to India, raising their awareness and preventing abilities against human trafficking activities. On the other hand, Viva Network has mobilized over 350 churches in different parts of Nepal. “We believe that the joint words and actions of the 350 churches could change this country,” said Brian Wilkinson, the project executive of Viva Network.

Among the women being helped by the Viva Network, 12 were attending a women rights and human trafficking prevention group in a small church in the mountains of Nepal. They were non-believers, but that did not become their obstacle. They farmed and fed animals together to improve their lives. When a staff asked them, “If you had a hard time feeding the family, and a guy came by and told you he could refer your children to work in a restaurant in the city, what would be your choice?” The question was answered by unanimous and loud “No”s, since they knew their children could be exploited and abused. Such awareness is becoming a strong force in the villages to recognize and prevent children from being sold. Human trafficking is often international, and it has become the second largest global illegal trade business following drugs, involving close to 32 billion US dollars in total income[4]. Sixty percent of human trafficking activities were international. Besides CEDAR’s target support areas between the borders of India and Nepal, the Golden Triangle encompassing the mountains that overlap China, Myanmar, Laos, and Thailand is also a human trafficking hotbed.

CEDAR has been an active advocate of the Integral Mission in churches located at the borders between Yunnan China and Myanmar to support the broken families. Some of the families we interviewed were affected by drugs and AIDS, where other difficulties include cross-border marriage, workers, and the victims of trafficking activities.

The income gap between China and Myanmar encouraged many Myanmar youths who wish to improve their living conditions to work in China. Nadja (obscured), 25, is a member of the Lahu tribe who lived in Lashio of the Shan State with her two young children and other family members. She decided to work in a tea garden in Lincang, Yunnan due to poverty and the lack of farming lands in Myanmar, but was unfortunately sold to a farmer family as a wife.

Since 2013, CEDAR has been working closely with the ethnic churches in the borders of China and Myanmar. We published a “Migration Safety Brochure” and gave it to the laborers of Lisu (A Myanmar ethnic group) who went to work in China, providing them legal and safety information as employees, AIDS prevention and drug education, and other useful survival information such as the contacts of Lincang churches that were willing to support them. We also actively contacted good-willed employers in Yunnan and urged them to provide safe working environments, reasonable pay, and temporary housing and counseling to cross-border workers. In 2015, the churches in Shan State, Myanmar, and Lincang, Yunnan, have provided various support to 208 migrated individuals.

Nadja, being sold as a wife and losing contact with her parents for 2 months, was able to contact the Lahu church in Lashio, Shan State and request help. She was found through the support network built between the churches on both sides of the border, and was finally reunited with her family. “If not for the church and the pastor, I’m afraid I will live in darkness for the rest of my life,” said Nadja.

There are other NGOs besides churches that serve the sex workers and girls being sold to the Golden Triangle. Eden Ministry, a partner of CEDAR, began working in local cities in 2003 by first making contact with the sex workers and the procurers who controlled the girls. “What the procurers did were awfully wrong, but that doesn’t take away the fact that they were also created by God, and hence their souls are ours to serve,” said Lisa of the Eden Ministry.

There was a time, when the outreaching team of Eden Ministry was out on the streets, they saw a procurer beating and scolding a young girl. The workers immediately stopped him and told him that to treat people with such disgrace was not characteristic of him. Amazingly, the procurer was touched by the words and became repentant of what he did, and eventually gave up his old way of living. “This was God’s work,” said Lisa.

Eden Ministry also provides safe living quarters to help rebuilding healthy lives for the victims returning to their homes or those wanting to quit the sex industry. It also provides lessons about life to increase their self-esteem and survival ability. The victims have the chance to set new life goals, while being taught the idea of forgiveness and freedom.

In the past, the bodies of the girls were forced to become objects that fulfill others’ lust, distancing the girls’ ownership of their bodies. Our partner held dancing classes which helped them express themselves. “At first, they naturally turned to sex-related body movements, but through time we were able to teach them other dance moves through which they could rediscover their own body and become one with it again.”

Lisa mentioned that even though some of the girls she met were sold overseas by their mother, the first person they would like to see was, still, their mother. The returning girls will very likely become local sex workers again, so the ministry also had a jewelry business that aim to provide the girls new career opportunities in the making and selling of beautiful accessories.

At the conclusion of the conference, the same speaker told us about a trafficked girl he interviewed. The 15-year-old was being raped over 7,000 times in an Indian brothel, an account that would infuriate any person. Unexpectedly, when she was asked if she was exasperated at the person who sold her, her answer was, “No! Who I detested were you people. Where were you when I was being abused? I hate the ‘good people’ and you who did nothing to stop the horror.”[5]

Where were you? How will you react after reading this article? You could:

[1] According to the latest Global Slave Index reported yesterday, an estimated 45.8 million people around the world are trapped in modern slavery. Source: http://www.globalslaveryindex.org/
[2] http://www.state.gov/j/tip/rls/tiprpt/2015/index.htm
[3] http://blog.viva.org/index.php/2014/12/09/tackling-roots-trafficking-nepal/
[4] http://www.ilo.org/global/topics/forced-labour/publications/WCMS_090356/lang–en/index.htm
[5] The Speaker, Matt Friedman, shared the same encounter in another talk: http://www.youtube.com/watch?v=rUR_yFYDtOo