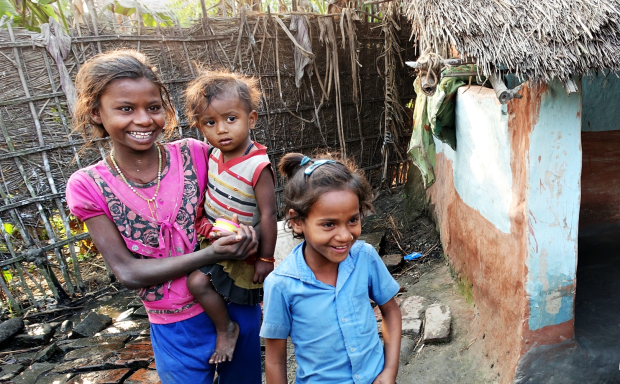 Barla (obscured), 12, was a student in Pastor Thomas’ tutorial class. She missed classes a few times, and Pastor Thomas started searching for her to no avail. He feared for the worst that she might be caught by traffickers, so he filed a case at the police station. The investigators soon found out that Barla’s parents had sold her to a pimp at the price of less than HK$16.

This is the story of one of the trafficked children told by CEDAR’s partner, EFIC@R, located in northern India where human trafficking is prevalent. EFIC@R started serving in the Jharkhand State, Orissa State, and West Bengal in 2012, establishing support networks with local churches to protect vulnerable children and rescue young victims like Barla.

Once the police were aware of the situation, they vehemently warned the local pimps to release Barla in 3 days. At the end, the terrified and whacked Barla was released and received protection and assistance from our partner.

EFIC@R started working in Bihar State last year, where human trafficking and bonded labour are at its worst in this part of northern India. Bihar is one of the poorest states in India: over 30% of its population live in poverty. Human trafficking activities such as human trading, transportation, and abduction are prevalent within the state, because it is bordering Nepal and nearly half of its population are children under 18.