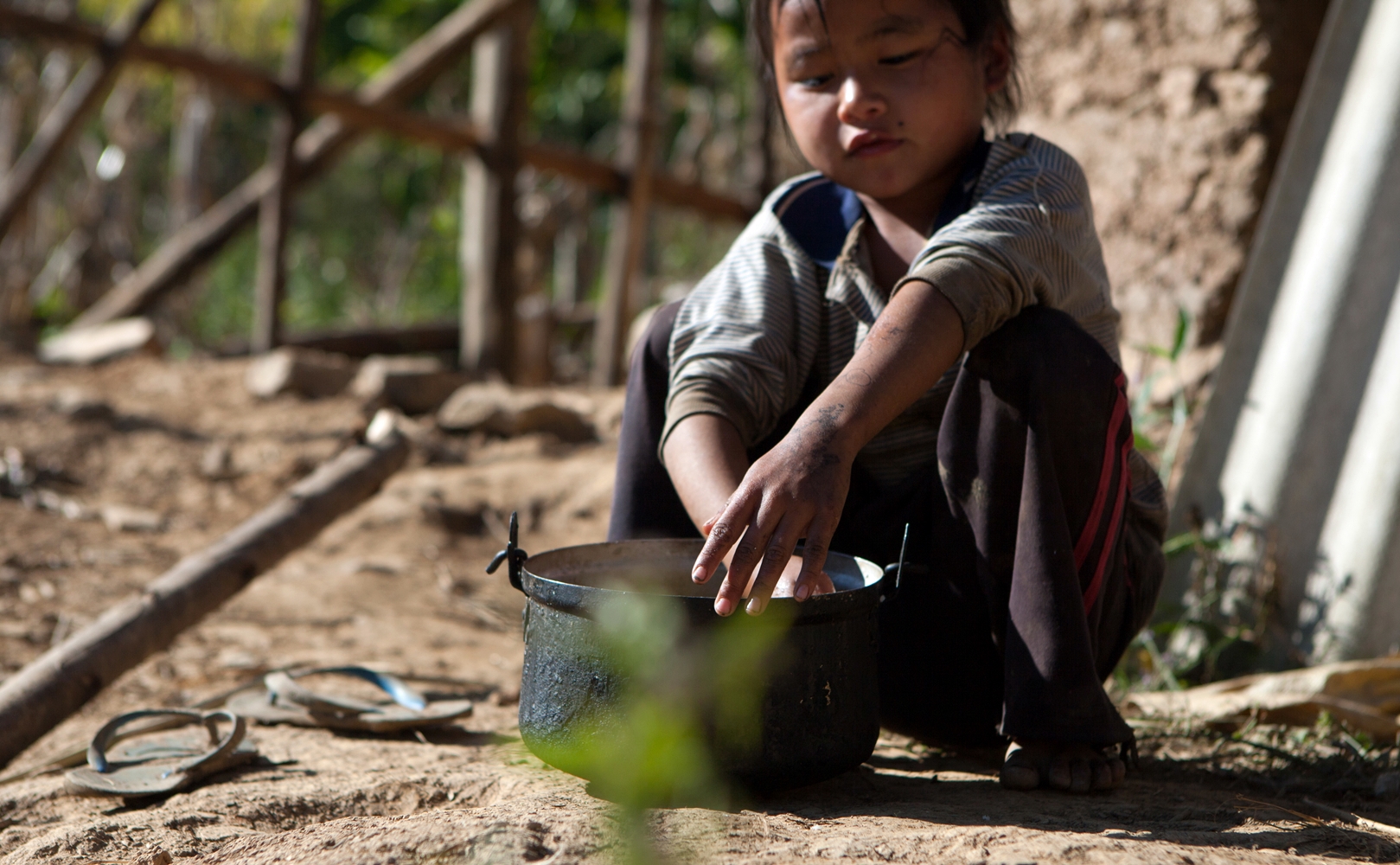 Development of children in China has improved significantly as the economy soars, and many UN Millennium Development Goals are reached before the target dates. However, urban-rural and east-west inequality and disparity are still huge, which means it is harder for some children in the western or rural areas to get proper education and hygiene services. The Lisu hill tribe children living along the mountainous border of Yunnan are an example.

Among the Lisu people living in Ganding Village of Baoshan in Yunnan, some were of the highland ethnic group and some migrated from Myanmar. They are wanderers working odd jobs to earn money; having neither land nor identity, they are forgotten and neglected by the society.

Living in extreme poverty, children wear no clothes in summer and only a thin layer during winter. Their shelters are simple: a ‘kang’ is where they work and sit during the day and sleep at night. In cold days, family huddles together for warmth under a scanty blanket. Their diet is also simple: rice and soup and anything they could grow; cooking oil is already a bonus.

Since they only speak the Lisu language, communications with the local is a big problem. Another issue is the violation of the stipulated limit of a birth-control policy, as it is common for a Lisu family to have four to five children. Without being formally registered, these children cannot go to school and are likely to continue a life of wandering in the future.

Since 2010, CEDAR has been collaborating with the Baoshan City Christian Council (Social Service) to send pastoral workers regularly to the mountainous Lisu groups and teach them Chinese and the Lisu language. In 2014, trained pastors with a burden to educate the migrant children were sent on long-term ministry to teach children in the mountainous areas the two languages and basic knowledge such as arithmetic and hygiene. CEDAR also provides nutritious lunches to children, promotes health education to women, and supplies seeds, fertilisers and agricultural training to families. With the support of other organisations, the Ganding Village School was built last September, with around 70 pupils now, and vegetables are grown nearby to give the children a healthier diet. We hope the Lisu children and families will live a life of dignity.