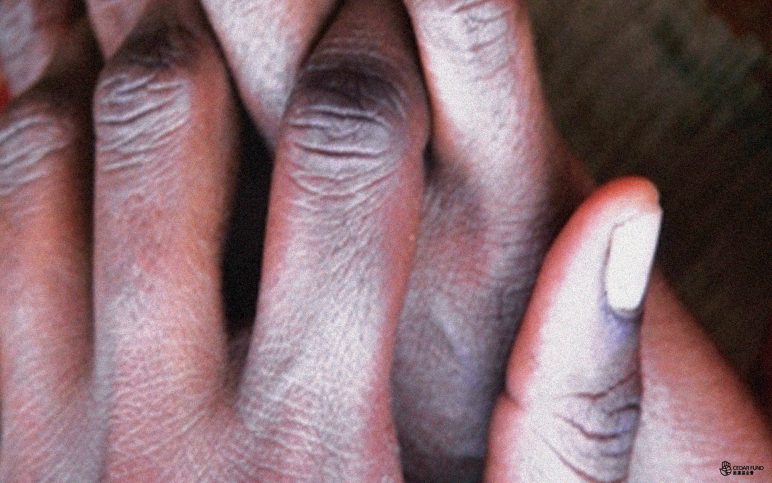 Martha (obscured) spent her early years with her mother who worked as a sex worker in the red-light district of Mumbai, India. “At the age of 16, my mother met a guy when she was in Nepal. He said he could refer her to work at better places in the cities, and she ended up being sold to work at the red-light district in Mumbai.” With the help of a generous woman from her hometown, Martha was spared from having to suffer the same fate as her mother’s.

“Every one of us could fall prey to human traffickers with a tiny change of situation,” as expressed time and again by the frontline workers serving sex trafficked victims in Hong Kong, and by our international partners who serve victims in Asia.

The lack of awareness to trafficking practices, limited opportunities to employment and education, and general ignorance to gender inequality and children rights are some of the contributing factors that made the indigenous members in Nepal, India, Myanmar, and northern Thailand, especially women and children like Martha’s mother, vulnerable to enslavement and bonded labour and sexual exploitation.

The threat grew ever worse as human trafficking is now only trailing drug dealing as the second largest illegal trade sector in the world. The “commodities” of human trafficking could be resold and re-abused, while drugs could only be consumed once. How could we sit still and ignore all the victimised individuals who possess God’s image and are cherished deeply by Him?

In 2008, CEDAR started supporting its partner in Cambodia who provides post-traumatic counseling to sold women, assisting them to start a new life. We have expanded our efforts since 2013 to support multiple organisations in Asia, including Nepal, India, northern Thailand, Myanmar, and near the border of China and Myanmar. Our partners have been helping trafficking victims and prosecuting the offenders, while teaching communities to prevent human trafficking and organising restoration projects.

Starting from 2013, CEDAR has been partnering with ethnic minority churches in China and Myanmar to build a support network to reach cross-border individuals including Burmese women who were sold as brides and youth who were sold into forced labour. The churches have been able to rescue some of the brides and labourers and helped them to return home. Our Myanmar partners also bore fruits in saving young girls who worked in the red-light districts of Yangon from the control of pimps and commercial sex activities.

Thailand, being an exporter, importer, and port of sex trafficking activities, is the major hub of commercial sex in Southeast Asia. Our partners there cooperate with the local police in search and arrest of human traffickers in red-light districts. “Locking them up prevents more innocent women and children from being sold as sex slaves,” our partner says.

In Nepal, Bangladesh, and Myanmar, our partners provide shelters, counseling, vocational training, and employment referral services for previous trafficked victims. Some of our partners even provide basic livelihood and education support for the victims’ children. “Rehabilitation is a long process since victims will experience bumps along the way… Culturally strong ties to the family is also causing some girls to return to the families who once betrayed them, making them vulnerable to being trafficked again.”

CEDAR and churches located near the China-Myanmar border have been promoting human trafficking and safety employment awareness among young labourers who wished to work in China. We also refer them to honest companies in China so that they would be in good hands. Our partners established church and community support networks in northern India and in mountainous communities of Nepal to mobilise and train churches to be aware of human trafficking issues within their communities and educate community members about the issue. They also provide small business loans for impoverished families to improve their livelihoods.

When Martha was 7, a life-changing opportunity came up. A kind woman who was also from Martha’s hometown assisted Martha to seek help from our partner in Nepal who serves trafficked women and children. “I was loved and cared for as a family member here, and the most exciting thing was for me to see God’s work in my life—how He sent different people to save me from the dark and rebuilt me. I believe He had a plan for me from day one, that He’ll use me to testify for His faithfulness,” says Martha, who has already finished her degree and is currently working in the same facility that took care of her.

There are over 160 countries where human trafficking activities were reported. Hong Kong is one of them, being the destination and port of trafficking victims. The sold and enslaved are much closer than we think, and products made by these exploited labourers are visible in every aspect of our lives. What is Human Trafficking?

Trafficking in persons, human trafficking, and modern slavery are common words used to describe the act of trading and enslaving humans. According to the UN’s Protocol to Prevent, Suppress and Punish Trafficking in Persons, Especially Women and Children, “trafficking in persons” is defined as the recruitment, transportation, transfer, harbouring or receipt of persons, by means such as threat or other forms of coercion, of abduction, of fraud, of deception, or of the giving or receiving of payments or benefits to achieve the consent of a person having control over another person, for the purpose of exploitation.

Forms of exploitation include slavery, sexual exploitation, forced labour, forced marriages, coercion to participate in illegal activities or begging. About 21 million adults and children are victims of forced labour today [1]; and nearly 46 million people are subject to modern slavery [2].