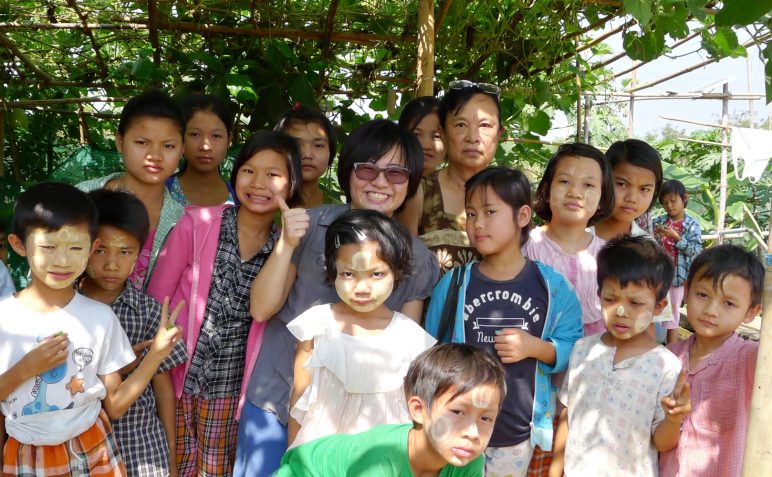 Traditionally, our impression towards children ministry might involve sponsoring a child or orphan in their daily expenses or education, but did you know that we could now combine children ministry with community resettlement and agricultural development?

There was a rapid increase in the number of homeless and orphaned children in Myanmar due to civil wars and natural disasters in the past 60 years. CEDAR’s partner, Full Moon, started building children’s home 20 years ago to take care of the children affected by wars, disasters, and poverty. However, God has instilled a vision in Full Moon’s founder, U Ba Hla, that urged him to not only provide for the children, but to also fight for the welfare of the post-war communities and the country.

Since Myanmar loosened its borders in 2012, multiple foreign corporations had entered the country for its natural resources such as gold, minerals, and forests. These activities, while not directly benefiting the locals, further damaged the environment and worsened the subsequent disasters in Myanmar.

U Ba Hla thought that the short-term economic growth due to resources extraction is bound to disappear one day, where agricultural development would have a much more lasting impact to the post-war communities. Hence, he started to reclaim large areas around the children homes along the borders of Yangon for agricultural purposes, and invited poor farmers without any lands to come over and farm. The farmers did not have to pay for the land, but they were asked to share part of their harvests to feed the children in the Full Moon children homes, while offering a tenth of their income to the church.

Moreover, Full Moon has set up agricultural training facilities in the wilds of Yangon that trained local farmers in organic farming methods. The farms in the facility are also lent to poor farmers at no cost. A farmer who was a trainee planted cucumbers on the free lands with the methods he learned and was blessed with a great yield. He would offer a tenth of his income to the Full Moon children home every time after he sold his harvests at the market. Even if he was not a Christian, he could still experience God’s grace by using Full Moon’s farm lands and God’s provision in his harvests.

Twenty years later, the first generation of Full Moon graduates became adults. With Full Moon’s support, some of them who were trained in agriculture, education, and medicine are now willing to return to their war-ridden homes and contribute to their reconstruction in their own capacity. We pray that God will continue to use this group of blessed children to convey His love and peace to Myanmar.