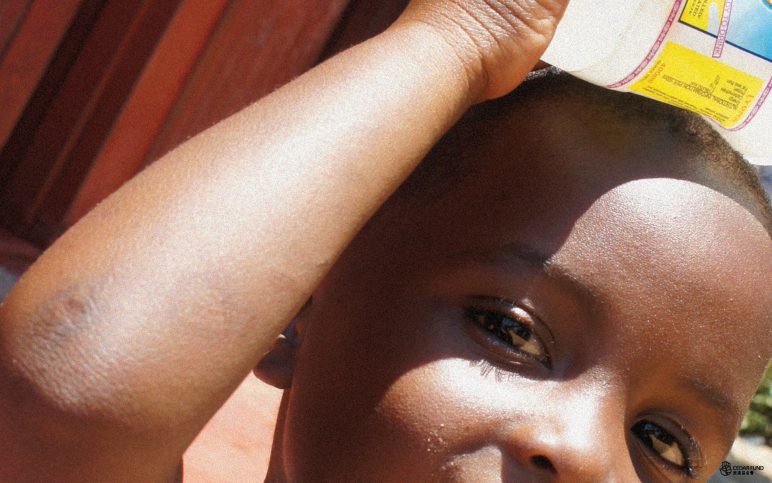 It’s kind of a dark humor to listen to your friends reminding you of the impoverished children in Africa upon the slightest hint of you wasting any food on the table. That however does depict how we typically imagine their current state to be, as the media often shows us pictures of the small African children with bloated stomachs due to malnutrition, who have generally no muscles to speak of. What the media failed to tell us was the aggregate of factors and backgrounds that caused these disheartening scenes. Zimbabwe in Africa, for example, has been notorious of its high rate of HIV/AIDS affection and an astronomically high rate of inflation. HIV/AIDS tore apart a lot of families and a lot of children lost their parents at a very young age, leaving them void of basic protection.

CEDAR has been fighting for the children in Zimbabwe for a long time. We partnered with local organizations to take care of the orphans of AIDS victims, and recently we started to help them to go through the legal processes of citizenship and inheritance registration, in order to protect their own rights. However, the problem lies deeper in the ripped relationships and unrest among the society, which made people hard to cooperate with and brought conflicts among ethnic groups and classes. Our goal is to alleviate the tension in the society and bring about practical, multi-faceted, and sustaining improvements on the personal level as well as in the people’s relationship with the environment.

Change Starting from the Younger Generation

Human is the foundation of society, and poverty is the representation of the lack of well-being of human and the lack of harmonious relationships between one another. Toxic competitiveness has led to oppression and mistreatment to the underprivileged, which pushed them further down the pit of poverty where the feeling of being loved and the sense of purpose in life are as deficient as the resources available. Our partner in Zimbabwe, the Family AIDS Caring Trust (FACT), were passionate in providing the orphans of HIV/AIDS victims integral and sustained care. They took care of the children’s spiritual needs as much as their physical needs, where their staff would listen to the children while also training the older ones to be the mentors of the newcomers. FACT has been successfully serving the children individually and instilling healthy values in them.

Restoration of relationship and reconnection in love is another mission of FACT. Children of HIV/AIDS victims are often under the care of their grandparents or other relatives, where tensions often arise due to the age gap between the caretakers and the children. A healthy family is fundamental in providing the love and care needed by the children, and FACT mediates the reconciliation processes in the families by hosting parenting workshops for grandparents that talks about ways to interact with the millennials; they also mobilize volunteers from churches to visit the families regularly and give support especially to the brothers and sisters of the HIV/AIDS victims whose children is left behind.

Children are the most vulnerable in our society who need the support of different societal members. Alas, systematic injustice and greed often run deep in the veins of our society that neglects the rights of the children and strip them from enjoying basic safety. CEDAR and our partner, the Trinity Project, are well aware that the reconciliation between social groups is also paramount in helping the children and orphans in poverty.

In Zimbabwe, a child’s birth certificate is his/ her ticket to enjoying basic civil rights; their parents’ death certificates guarantee that the child could inherit their properties. However, the complex bureaucracies prevented the children’s access to the documents needed, and consequently to their basic rights and protection. Trinity has been helping the children in pursuing what is rightfully theirs by guiding them through the registration process of their deceased parents and property inheritance, and resolving disputes where their inheritance were being forcefully procured. Trinity also hosted kids clubs with 15 local churches where children were taught how to defend their own rights and prepared them to better survive in the society.

Zimbabwe is mainly an agricultural society which is unfortunately experiencing an extended period of drought. The traditional way of farming also caused over-farming and soil erosion and degradation. The result was a heavy hit to the harvest of the local families that recently started to lose the ability to sustain themselves. To combat the situation and restore the relationship between human and the land given by God, CEDAR joined forces with a new partner, the Foundations for Farming (FfF), in the promotion of the sustainable agricultural campaign called “I Was Hungry”, which aimed to minimize the damage done to the Zimbabwean farms by applying sustainable agricultural techniques and using natural resources.

All these ministries had a single goal in mind that was often ignored—to restore the relationship between man and God. The human heart has been dominated by greed instead of our heavenly father, which in turn brooded the oppression, injustice, and poverty we see today. Children living in poverty might ignite our compassion, but that is only a window through which we could see the intertwined causes in the backstage. We as Christians and the church shall cooperate in supporting the Zimbabwean children in the face of national corruption, inflation, agricultural inefficiency, and systematic injustice. As 2016 comes to an end, let us join in the fight both spiritually in prayers and physically in supporting our overseas partners in their selfless devotions.