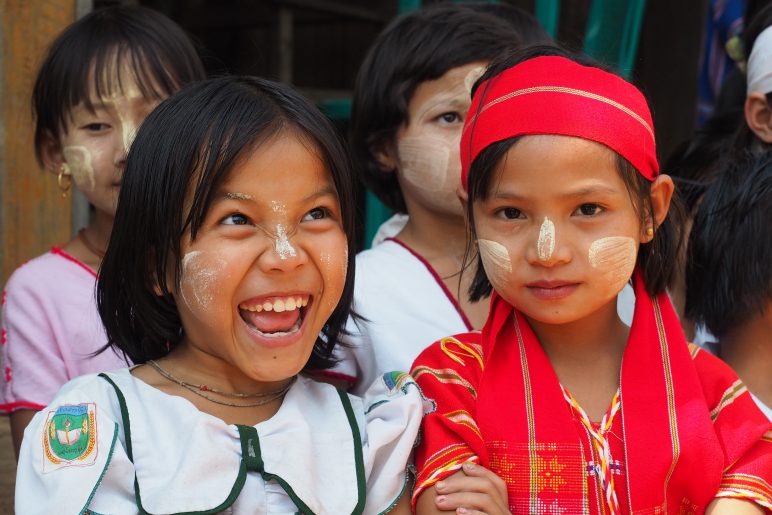 Samuel, like Jesus, is one of the few Biblical characters whose life from birth to death was recorded. Through him we could see the way God develops a man and uses him to fulfill His plans.

Samuel is a descendant of Ephraim, the second son of Joseph who uncommonly obtained the blessings for the eldest from Israel (Genesis 48:17-20). This tells us that Samuel came from a revered family. While we might not exactly be from a prestigious lineage, most of us have had a good family background. Contrary to us, there is an even larger population that started off on a hard note, like those who was infected by AIDS since birth through their mothers, who are rejected and marginalized by the society with no choice, just like those with leprosy during the Biblical period. The underprivileged children did not have the same opportunity to be loved, educated, or to simply enjoy a healthy body as their counterparts did. We who were given better opportunities by God like how He had given to Samuel, should always do our best to fulfill His plans in us and help those in need with a grateful heart.

Hannah was able to bear a child after a long period of prayers and endurance. To keep her vow, Hannah and her husband, Elkanah, brought Samuel to Eli to make him a servant of God. The majority of parents have great plans for their child and care deeply whether their child had a strong start or not. Some parents even went as far as applying for prestigious schools for their child who was still in the womb. This might be a little extreme, nonetheless their intentions was not hard to understand. In fact, things are not so different in poor families as the parents want the same bright future for their children that is free from poverty. Unfortunately they have less hope in achieving that due to resource constraints.

Before Samuel was called by God, the Bible says, “In those days the word of the Lord was rare; there were not many visions,” (1 Samuel 3:1), but He was about to speak to Israel through Samuel (1 Samuel 3:19-21). God has planned for this all along where Samuel would become the leader of Israel. When we have our plans for our children, we should keep in mind that God has also planned for his/ her life where ultimately it would surely be for the service of God and men. We as adults should work together with God and aid the younger generation in their search for that particular plan in their individual lives.

For the first three times God called him, Samuel thought it was Eli. If not for Eli’s realization that it was in fact God who was calling, and proceeded to guide Samuel in how to respond, Samuel would not experience the divine occasion as we know it. It is beautiful how God works with us adults in guiding and equipping the young ones to realize their own life goals. Such moral, educational, and mentorship support is preeminent especially to the children living in hardships. We have to understand that in addition to working towards a fulfilling life ourselves every day, the responsibility to pass the torch falls heavily upon our shoulders, and that we should let the next generation be greater, and us less, just like how John the Baptist prepared the way for Jesus Christ.

God prepared Samuel to be a great leader of Israel. We can see the same potential in each kid around us, and we have the responsibility to create a world where they could flourish and exhibit God’s gifts in them to the fullest potential. The child you met today who was encouraged by your kind words, or heeded your timely reminder, might become the next great leader in the church, the society, the nation, or even the world.

Once Samuel was weaned, Hannah brought him to the house of God. He must have just been a few years old at most. Hence, Samuel spent the majority of his time with Eli, who logically had a greater impact to him than his parents. Samuel grown into a person who followed God closely, as we see how confident he was in knowing that God did not agree with the Israelites when they wanted to crown a king, where he sought God’s guidance multiple times. However, he made the same mistakes as Eli in not disciplining his own two sons enough, who strayed from God’s way and became a blemish in Samuel’s life.

We are all imperfect and each has our own blind spots. In reality, we could not shield our children completely from those negative traits of ours. People live in a social-centric society in the Middle East during the Biblical period, where people had the collective responsibilities to educate the young ones besides their parents. This might not be achievable in today’s environment, but we could still allow people who are suitable to train our children. We pray that God would continue to send his angels to touch the lives of children especially in where we fail to do our parts.

Children are the ones with the least power, yet they are the ones most valuable, more so in God’s eyes. They should naturally be prioritized in receiving the necessary physical, educational, and spiritual resources so that they could fully develop, and we all inherit the Godly purpose to shape the world into a place where they could freely enjoy the process.