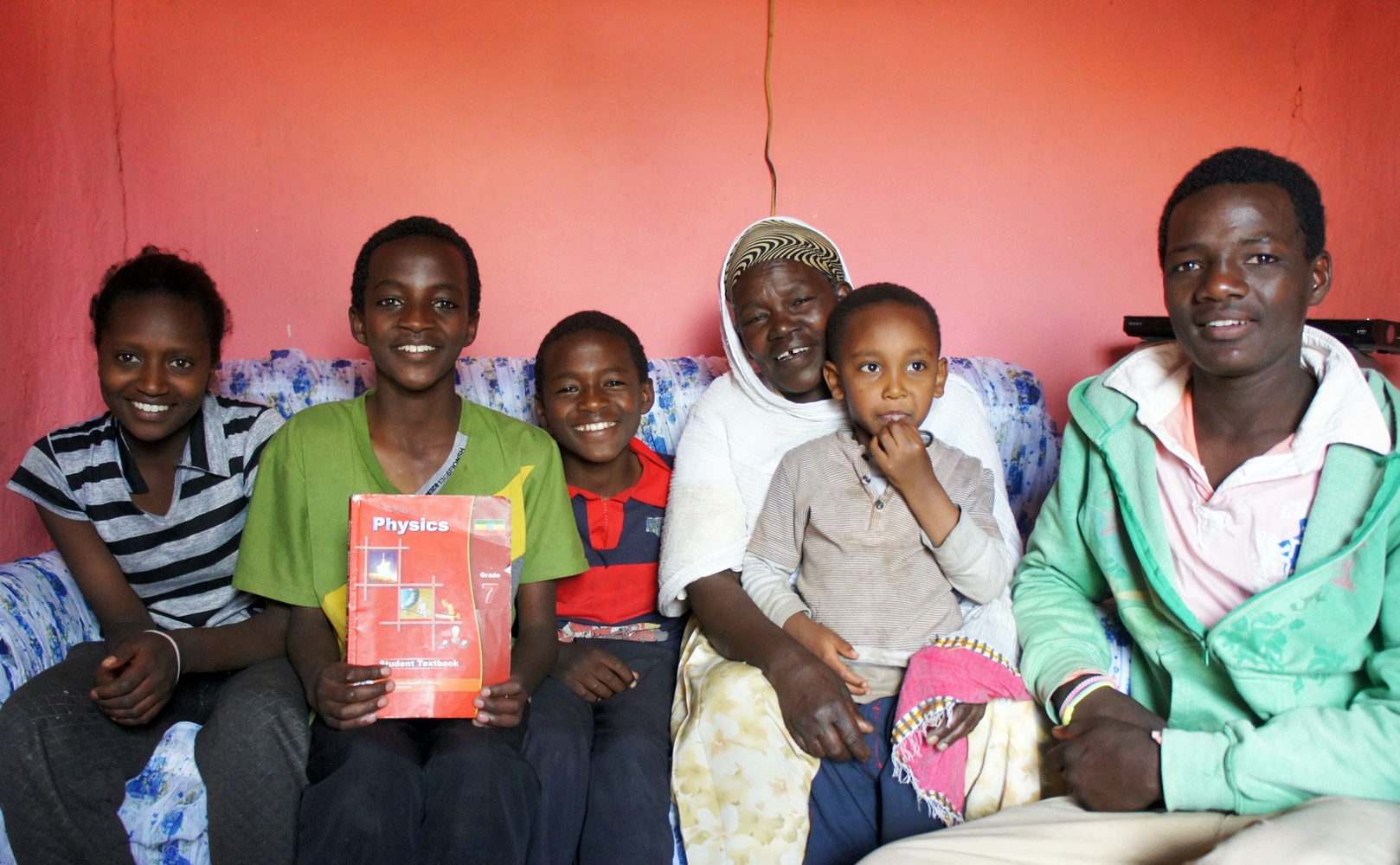 Yidenekachew, a boy’s name that means “Let them admire”, had me admiring on his shiny smile which seemed to light up the tiny room that house himself, his grandmother, his two younger brothers and his cousin. Yidenekachew’s mother lives in the rural area. Life is very hard that she could not take care of her three sons but forced to send them off to their grandmother living in the city, hoping that her children would be better taken care there.

Yidenekachew’s grandmother did not have any work but with the extra mouths to feed, she must earn money to maintain the household. Involving in the Self-Help Group (SHG) set up by CEDAR’s partner Addis Ababa Guenet Church (AAGC), she was able to take loans to buy Teff flour and other equipment to make Injera, a sour dough-risen flatbread which is a common food for the Ethiopians. She sells Injera in the market and makes enough money to pay off the loans and cover her family expenses. It is really encouraging to see how the SHG has helped to improve the living of Yidenekachew’s grandmother and her grandchildren.

Yidenekachew is also working hard for a brighter future. When he was six, his church encouraged him to attend school and since then, he has joined the AAGC Children Sponsorship Programme. He is now 13 years old and attending Grade 7. While telling us he wanted to be a mechanical engineer, Yidenekachew pulled out the Physics textbook from his school bag to show us that this was his most favourite subject!

Towards the end of our visit, Yidenekachew’s grandmother shared with us how God had kept her when their house almost got torn down by the government, but someone stopped the police and their house was spared. She thanked God for giving her eternal life, the safe shelter she has now, and also the help she has received from the project. Before we bid farewell to this family, she asked us to remember her in prayers that she would raise her grandchildren according to the biblical principles.