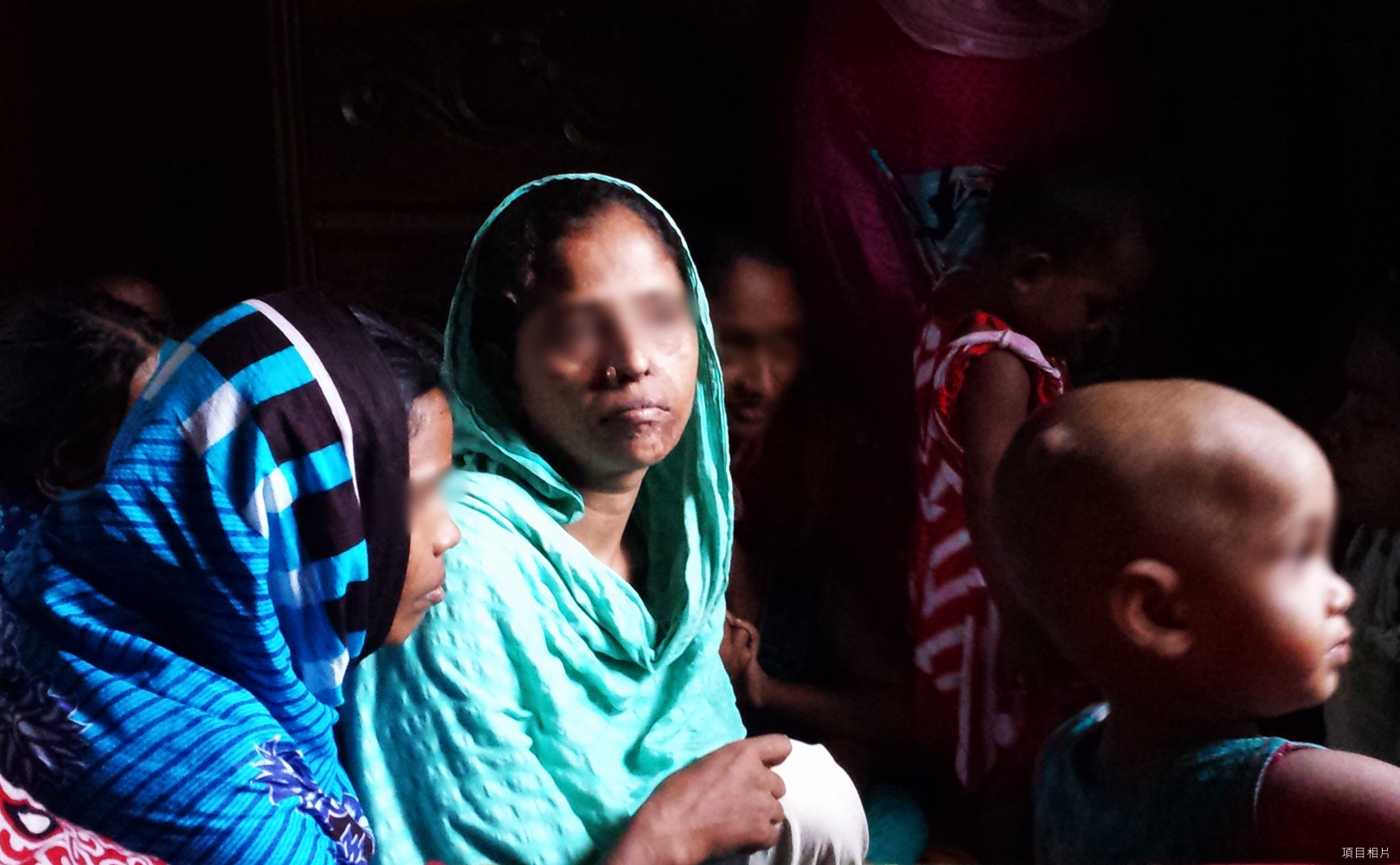 Say “No” to arranged marriage

Maria (pseudonym) was born in a large farmer family in Bangladesh. Her parents wanted to marry her off to close relatives. At that time Maria was only 22 years old, but she had already been divorced for three times. Maria rejected another arranged marriage and decided to run away from home.

On the way from the village to the capital, the bus driver noticed Maria. Knowing that she was lost, the bus driver offered to introduce her to work in a factory. To her surprise, the bus driver sold her to a small brothel. Maria was bent on leaving the control of her parents; however, she fell into another trap of oppression.

Living as a prostitute

The bus driver used to bring customers to the brothel. Every transaction amounts to about HK$50. Maria had four to five customers every day. She knew well that she would only get beaten severely if she was picky about her customers, and even if she fell ill she would never be allowed to rest. Maria’s body was reduced to a sexual tool for others and a money-making tool, with food and clothes being all that she received in return. Who would care for her worth and dignity?

Later, Maria’s father found her and brought her home. All the villagers despised her for having been a prostitute. As such, Maria secretly returned to the brothel, knowing that it was the only place she could survive and was familiar with. Shortly after, Maria got to know a neighbour called Amy who was able to quit prostitution through the empowerment and rehabilitation programme organised by CEDAR’s partner organisation – Salvation Army Bangladesh, for former sex workers and trafficked women. Maria envied her very much. However, due to the shortage of resources, Maria had to wait for nearly a year to be able to join the programme. To make a living during the waiting period, Maria became an independent sex worker. Although it allowed Maria more freedom, it increased the risks of work. At the same time, Maria had to escape from the tracking of the bus driver.

Through the programme, Maria not only received counseling and met some sisters with similar experience, but also learned writing, calculation and different crafts. CEDAR’s partner will help selling their craft as fair trade products and pay them reasonable wages. Three months later, Maria could finally leave prostitution and recover freedom. The partner organisation helped restore the relationship between Maria and her family, though some of the villagers still did not allow Maria to live in the village. During the recovery, Maria felt deeply about God’s love for her. Today, Maria works in a non-profit organisation on AIDS prevention and education in the hope of influencing others’ lives.

To walk with former sex workers and trafficked people, CEDAR began the partnership with Salvation Army Bangladesh this year. Currently, they are providing rehabilitation and training service for 81 females but not all demands could be met due to insufficient resources.

In the movie , Sara the reporter tried to save a Thai prostitute Dok-My, whom she only met as a passerby. In reality, there are hundreds of thousands of Maria in Bangladesh waiting for our help. Will you?

We pray that you provide for the needs of our partner Salvation Army Bangladesh and continue to use them to save the oppressed, hopeless and helpless females.

May he defend the afflicted among the people and save the children of the needy; may he crush the oppressor. (Psalms 72:4)