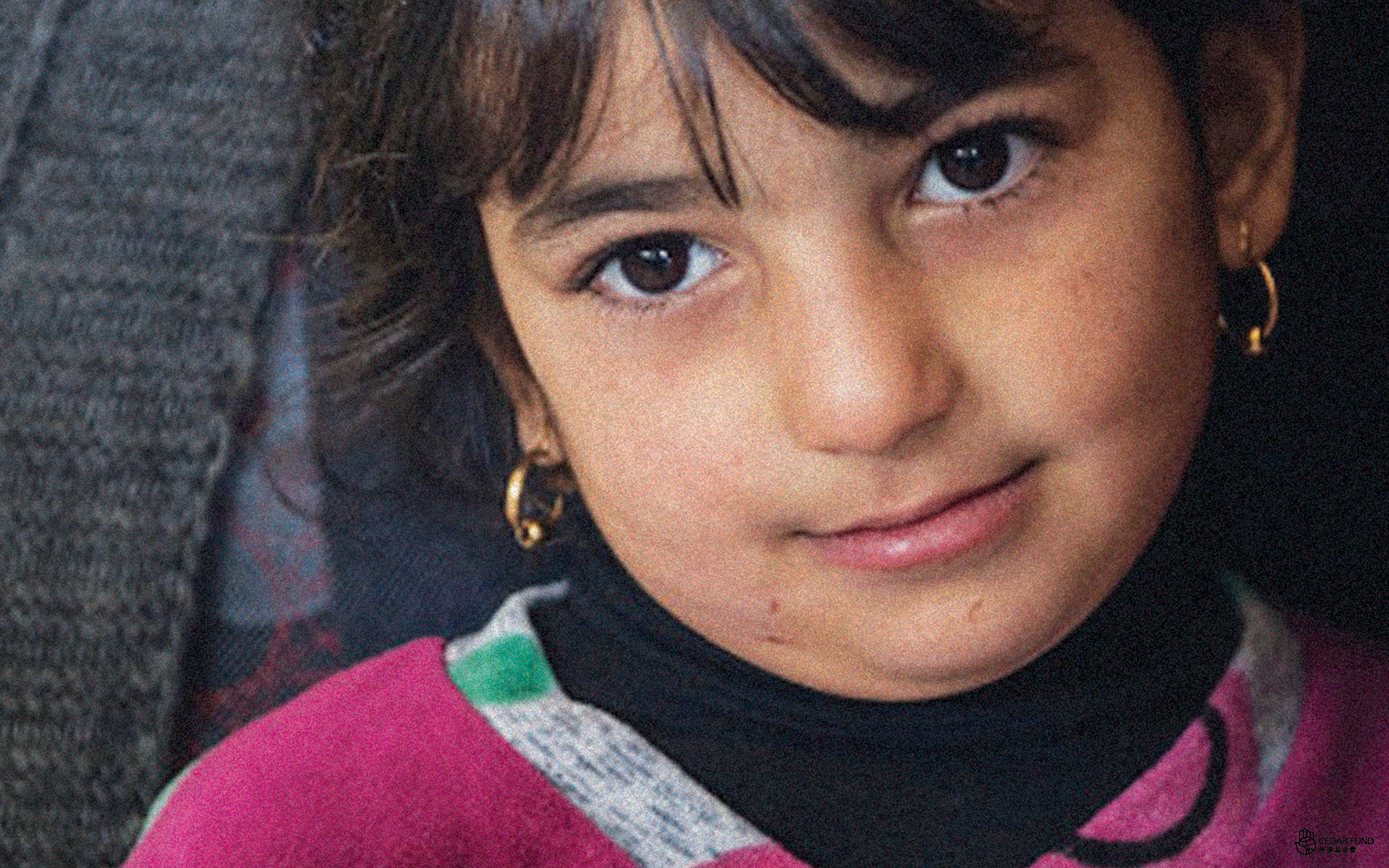 Battered by Cyclone Pam, the South Pacific island of Vanuatu looks as if it has come to the end of the world…

The harder it gets, the tougher they become Khasal fled with her young son

In 2014, ISIS launched attacks on Iraq, forcing three million civilians to flee, including Khasal’s family. “In the morning of 3rd August, they came out of nowhere, killed all men and snatched away all girls, including my daughter. I begged them to let her go but it was useless…” To save their own lives, 30-year-old Khasal fled with her toddlers but then ran into an ISIS vehicle. Khasal pleaded, “You have already killed my family, please spare my life!” They thought she would die of thirst anyway so they let her go. Why did Khasal still want to live after witnessing her closest family being killed or snatched away? Was it because she wanted to look after her helpless children or was she afraid of death? We may not be able to understand

“Actually the people in places like Iraq and Afghanistan have always led a difficult life, and perhaps this hardship toughens them up.” CEDAR’s C.E. Dr. Chan Nim Chung had worked in Afghanistan for some years and witnessed how the local civilians would persevere in the face of danger and trauma. “In contrast, places with better economy and living condition, such as some European countries, have the world’s highest suicide rate, where the people have far weaker ability to tackle adversity. We need to learn from the toughness of those living in the war zones.” Scenes of killing are still fresh in their minds, but the Iraqi refugees still have a reason to smile On 3rd August 2014, a 6.5-magnitude earthquake hit Ludian County of Zhaotong City in Yunnan, China, where 80,000 houses collapsed and 1.08 million people were affected. Our staff Serena took part in the relief operation and an 80-year-old victim made her visit unforgettable. “I asked if anyone was helping her with the two heavy buckets of cooking oil, but she could not understand Putonghua. She just grabbed my hand and thanked me with tears. Sadly I did not understand her dialect either so I just held her hand and gave her a tissue.” Recalling the old woman carrying the oil in a bamboo basket on her back and walking home slowly uphill, Serena sighed, “I have the greatest admiration for the people there – the road is tough, but they walk on.” It is this toughness accumulated over the years that supports disaster victims through current hardship and uncertain future.

Still grateful and live a life of great love

In November 2013, Typhoon Haiyan swept over the Philippines and 16 million people there spent Christmas in rubble. Two months after, Tiffany, our staff at the time, went to the disaster area and witnessed gratefulness and loving care amongst the homeless and despondent victims. Susaina looks to God’s grace for the future

When Typhoon Haiyan hit, 53-year-old Susaina fled uphill with her grandson. When all was over, only half of her house remained standing. Without shelter or food, Susaina was still smiling, “I am not angry with God nor do I question why He brought on this horrifying disaster, because I believe that God has His plan and timing. As for the future, I still believe that His grace is sufficient for us.” Right then she was sitting inside her broken house and rain was seeping through and soaking the little food that remained. In adversity, Gaudioso shares his love

Gaudioso had stopped college education because he could not afford it. He was pained to see his home village wrecked by Haiyan and desperately wanted to do something about it. While people flocked to find jobs in bigger cities such as Manila, Gaudioso came back to the disaster area to look after the children. “I am moved by the helpless faces; I just want to give them plenty of love.” Although Gaudioso had no idea about his future, his immediate wish was to help people rebuild their homes and help children return to school.

Tiffany shares what she has learnt from Susaian and Gaudioso, “Often people are grateful or contented because they have or can have, but Susaina and Gaudioso are in much lack and yet they are grateful and give selflessly. Perhaps it is because they do not look at themselves or the present situation, but with a hope that comes from their faith in God.

Whenever the media report on natural or man-made disasters, we often think of the signs of the end of the age mentioned in Mark 13: “Nation will rise against nation, and kingdom against kingdom. And there will be earthquakes in various places, and there will be famines”. Yet, the disaster victims’ tenacity, gratefulness born out of their faith, and selfless love in adversity, reminds us that God has never withdrawn His grace, He is still helping people find strength and love to live on despite difficulties and hardship.

On Good Friday the Internet disseminated news of the bloody terrorist attack on a Kenyan university and great pains were felt. “Why are you cast down, O my soul? And why are you disquieted within me? Hope in God, for with a smiling face He helps those in trouble. He is their help, He is their God.”