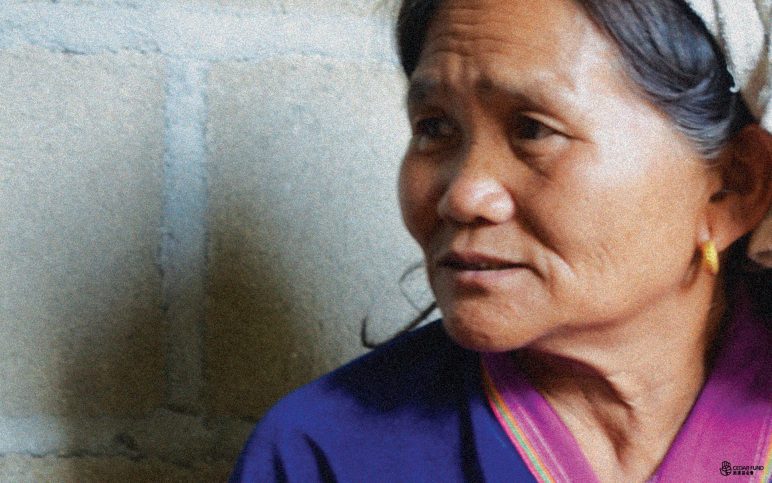 The aftermath of the Green Revolution

The Lahus settled in the mountains in Northern Thailand as a result of a multi-generational search for farmable lands in the areas spanning across Thailand, Myanmar and Laos.

They were caught in the Green Revolution[1] in 1960 when the Thai Government encouraged the farmers to focus on growing new types of valuable plants with synthetic fertilizers and pesticides that boosted their yields. The Lahus started to homogenize the crops they grow and depend on government loans in purchasing the seeds and chemicals.

The Green Revolution resulted in a multiplied yield of Thailand’s rice grains and corns by 2.6 and 7.3 times respectively within 50 years from 1961 to 2011. However, the synthetic fertilizers used while farming has increased by 139 times within the same period; from 1993, the pesticides usage rate has increased by 3.6 times.[2] Sadly, the paradigm shift posted the least benefit to individual farmers like the Lahus in the mountains, where they had to bear the economic consequences and debt crisis from the long-term fluctuation of weather and crop prices, in addition to the environmental damage done to the farm lands and water sources by the heavy use of chemicals; the food they grew and consumed also became a health concern to the tribe.

CEDAR’s partner, the Thai-Lahu Foundation (TLF), is a longtime supporter of the Lahus scattered across Chiang Mai and Chiang Rai, where they saw even more damages done by development. The head of TLF, Pastor Praseng, remembered seeing a weak Lahu woman helplessly sitting outside a hospital. She was a migrant worker in Chiang Mai who was affected by HIV/AIDS from an unknown source. In the end she did not get help since she could not speak Thai while the hospital staff could not speak Lahu.

The Lahus are natives to the forest who survived on hunting and farming. However, a lot of young tribesmen left their homes and joined others when the Thai government encouraged the rural laborers to work in cities to support the country’s industrial growth. In turn, HIV/AIDS and drugs were brought back to the villages in Northern Thailand when the laborers returned.

CEDAR has been supporting TLF’s work since 2008, where they would promote HIV/AIDS and drug addiction prevention education in the Lahu communities, while mobilizing the churches to take care of the affected families. They also taught the villagers organic farming methods, hoping that they could sustain themselves and have an option to stay and develop their communities instead of leaving for the cities.

Villagers were grateful to the project since it strengthened the bonds between neighbors who would otherwise not interact. They went from working individually to collaborating their farming plans together to grow seasonal crops, and in turn built mutual trust and understanding.

They have further collaborated in planning how to protect their environment from excessive logging and hunting. TLF helped them by mobilizing the local churches and villages to plant trees, establish fire safety lines, enact fishing restrictions, and bred fish and local vegetables. After a few years, the variety of fishes has been doubled, and the villagers could enjoy greater harvests from their farms. They would present their first harvests at the alter in the church as a sacrifice of thanksgiving, and hold feasts outside the church doors for people of every belief, social class, race, and gender. Tree saplings prepared by the villagers Sacrifice of the first harvests to God

To TLF, development is to let the people obtain the joy of an abundant life, where they could fulfill their basic needs in food and shelter under a free, equal, dignifying, safe and beautiful environment.

From homeless to self-sustainable

On the way leaving the mountain homes of the Lahus, one could see self-built houses on the sides of the freeway where only dust and crumbles lie. Those are the homes of 50+ families of the Palaung tribe, the majority of whom are Myanmar migrant workers left to work in Northern Thailand ten to twenty years ago, and some have given birth to children throughout the years.

The residency registration system in Thailand is complicated. The corruption in the government and the political instability of the country did not help either when a person from the minority groups in Northern Thailand tries to obtain his legal alien status, much less an official Thai citizenship for some. The lack of proper citizenship, and consequently of land ownership, forced them to work as temps in local factories and farms. Hope is a luxury for them as they could barely afford food for the family on the meager wage.

Another partner of ours, the Upland Holistic Development Project (UHDP), is devoted in Holistic Community Development that improves the lives of the minorities in four aspects, namely environment restoration, economic empowerment, spiritual inspiration, and responsibilities and rights. For the Palaung families, development starts in their tiny backyards.

Our partner helped the villagers to remodel their backyards of the size of half a classroom into farmable lands with a variety of vegetables. Mr. Bunsak Thongdi (Ajan Tui), the Director of UHDP, told us that the farm could provide more than enough vegetables for one family that reduces its living cost. They could even share with their neighbors their excess harvests.

“God has given us every nutrition we need to grow crops since creation, but we constantly mistreat our land and cause imbalances in our environment.” Said Tui. He continued to tell us that the mission of UHDP was to teach the families to live with the land in harmony and reap its fruits in ways intended by God in his creation, even if that only means for them to manage the little farm they had. Rearing 3 children, Mon and his wife are one of the Palaung families. Their income is mainly from working as daily laborers by the parents and two of the children at the age of 18 and 15. Three years ago, UHDP encouraged Mon to use his small backyard as a farm to organically grow seasonal vegetables and fruits while also using it to raise pigs. The results were very positive as the organic vegetables could feed the family and even be sold for extra income. “Now we even have spare money to send our youngest kid to school,” said Mon. UNDP Staff teaching the villagers how to make fermented plant juice from papayas that they use in composting, gardening and livestock production. Tui told us that the Palaungs are in need of food and shelter, and also protection from the government, he said, “Most of them are refugees who fled from Myanmar in the early days. Nobody cared about them here and the government had further showed mistrust in them due to misunderstandings.” Some Palaungs had lived in the mountains of Northern Thailand for over 40 years, and the government thought they were excessively logging and burning the forest for farming, hence prohibited them from living and farming around the forest areas. UHDP published documentaries of the farming practices of the Palaungs via the media in order to urge the government to reconsider its policy to allow the Palaungs to continue farming in their current lands.

The development brought by CEDAR’s partners to the Northern borders of Thailand is one that reconnected people with the land and each other, in sharing the goodness and abundance of God. They realigned human with the order of the creation through organic farming training, environmental education, land advocacy, and resource sharing. Just as described in Luke 4:18, development is exhibited through extending Jesus’ heavenly mission before His second coming, by bringing reconciliation between men and God, rediscovering His glory in us, freeing the oppressed, being one with our environment, and proclaiming the year of the Lord’s favor.

We could do much more than only offering prayers and donations when we care for the poor. Living a simple life is not only a personal training of patient and virtue, but is also a practical way to fight against worldly cultures and values that disrespect God’s creation and forfeit our responsibilities to manage the earth.

During Lent this year (the 40-days period before Easter), CEDAR has prepared 6 Simple Life prayer and action plans for churches and Christians alike to reflect on our lifestyle and renew our attitudes to God, to each other, and to the land, while emphasizing in leading a simple and loving life.

Please click here for more details (in Chinese only):

[1] The Green Revolution is an agriculture technology promotion that started in the 60’s, where countries heavily used synthesized fertilizers, pesticides, and hybridized seeds that have low cost and high yield. The second wave of Green Revolution started in early 90’s with the advancement in genetically modification technologies that infused seeds with high yielding, pest repelling, and anti-weed control genes.
[2] Statistics by the Food and Agriculture Organization of UN