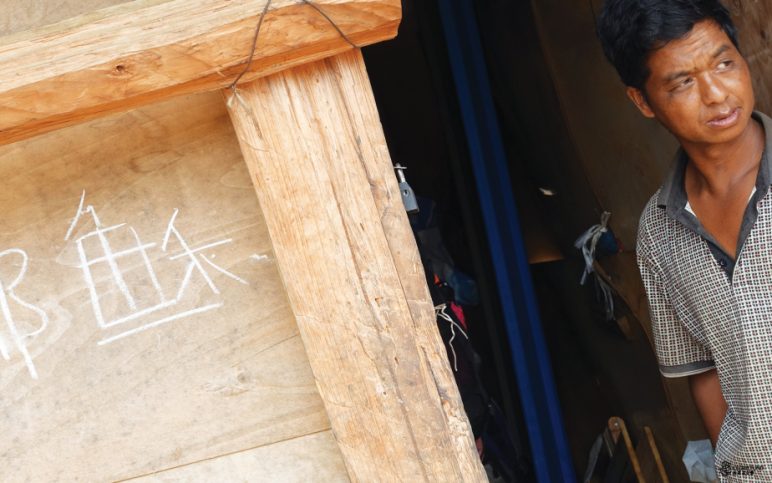 Jesus demanded his disciples to care for the marginalized just as he did on earth. CEDAR responded to His call when we see the needs of the people in Yunnan, China. Partnering with the local churches, we have been diligently working to bring hope to those in need.

Between 2006 and 2007, the Chinese government encouraged faith groups to maximize their positive influence to build a more harmonious society. Christian Council of China of Baoshan City, Yunnan, (CCCBC) where a lot of ethnic groups reside, is one of the Christian bodies that began to engage heavily in social services under this directive.

The Outcast Next Door Today, China has the means to greatly develop communities and fight poverty compared to a decade ago, but lacks behind in terms of labor force and skills when it comes to social services. CEDAR’s experience made it the perfect trainer to support and equip the workers of the churches, where they could become neighbors of the underprivileged.

Baoshan sits in western Yunnan and is close to the Golden Triangle, a national hotbed of drug issues. Believers in CCCBC come across lives ruined by drugs every day, who desperately needs a hand from others. As the Good Samaritan saw a neighbor in the Jew being robbed, brothers and sisters in CCCBC saw neighbors in the outcasts who are regarded as worthless, hated, and the forsaken by the society.

As a result, “The Rock” Community Services Department of Baoshan Christian Council (“The Rock” CSD) started its Christian drug therapy service soon after its conception. Wang (name obscured) is a drug rehab of the Ruili Reborn Garden Gospel Detox Center by the “The Rock” CSD, who used to be an elite teacher in the schools in the mountains but became addicted to opium due to curiosity. The fall from a respected teacher to a condemned addict had such a great impact on him that he relapsed even after three physically restrained therapies.

Referred by a pastor, Wang joined the Ruili Reborn Garden Gospel Detox Center. The staff and members there walked alongside him with prayers and love, and successfully helped him to drop the addiction by introducing him the Christian faith which rebuilt his life values and interpersonal relationships.

Wang is a great example of the victims robbed by drugs and couldn’t escape, who were then healed by experiencing love. Last year he decided to respond with his life to the calling to love one’s neighbors, and started to help the newcomers in the establishment. The Outcast from Far Away

Not only did the CCCBC responded to those who were close by, it also reached out to the mountains in the borders and the Lisu immigrants. Lisu is a forgotten tribe on the freezing highlands of Yunnan, whose people are not classified as citizens of China, hence are barred from education, medical, and social security benefits. The lack of farming lands and techniques resulted in a poor food supply and nutrition for their children, some of which have ulcers developed on their bodies.

The majority of Lisu only speak their own language due to generations of seclusion, which made it more difficult for foreigners to help them. We are thankful that there are believers who could speak Lisu in the local churches who were able to communicate and befriend those in the mountains. CEDAR and the “The Rock” CSD are constantly observing and evaluating the actual needs of the villagers in order to bring positive and appropriate changes. We found that their ways to grow crops were not optimal which led to a low germination rate of crops and hence producing less food. “The Rock” CSD started to give seeds to each family and provide them the necessary training to grow them, hoping to strengthen their food resource in the long run. Moreover, the church would send voluntary medical staff to provide free medical services to the villagers, including diagnosis and distributing antipyretics, laxatives, and painkillers to those in need; they would provide one on one education about health and disease prevention; they would also evaluate the nutrition of the children and distribute 4-month nutrition meals to help their body conditions and help them look better.

Recently, teachers started to teach the village kids Mandarin, math, and culture, preparing them to connect with the outside world and translate for their parents through writing and speaking Chinese. It also encouraged great intellectual and behavioral growth in the children so that they would have the skills needed to survive outside the villages once they become independent. CCCBC is active in both the frontline and the back, where it is constantly educating and raising awareness in other Christian bodies about the comprehensiveness of the Gospel, and the need to be the salt and light of the society. CEDAR has been partnering with “The Rock” CSD in hosting HIV/AIDS trainings and Integral Mission trainings since 2015, educating multiple churches within Baoshan about HIV prevention and the integral service under the Great Commission.

Some participants of the training said that they were unfamiliar with HIV/AIDS before and thought normal social interaction would cause infections. The course taught them the transmission and prevention of HIV and enabled them to encourage others to safely interact with people living with HIV without any stereotypes. The course is also where a lot of participants first heard of the Integral Mission, that God demands us to walk with our neighbors who are neglected and oppressed, by rediscovering His commandments and commissions.

Our neighbors are those in whom we could see unfulfilled needs. Brothers and sisters in Yunnan did just that and responded by being good neighbors themselves. Pray that we could be more sensitive to the needs of those who are around us and ready ourselves to respond in faith and action.