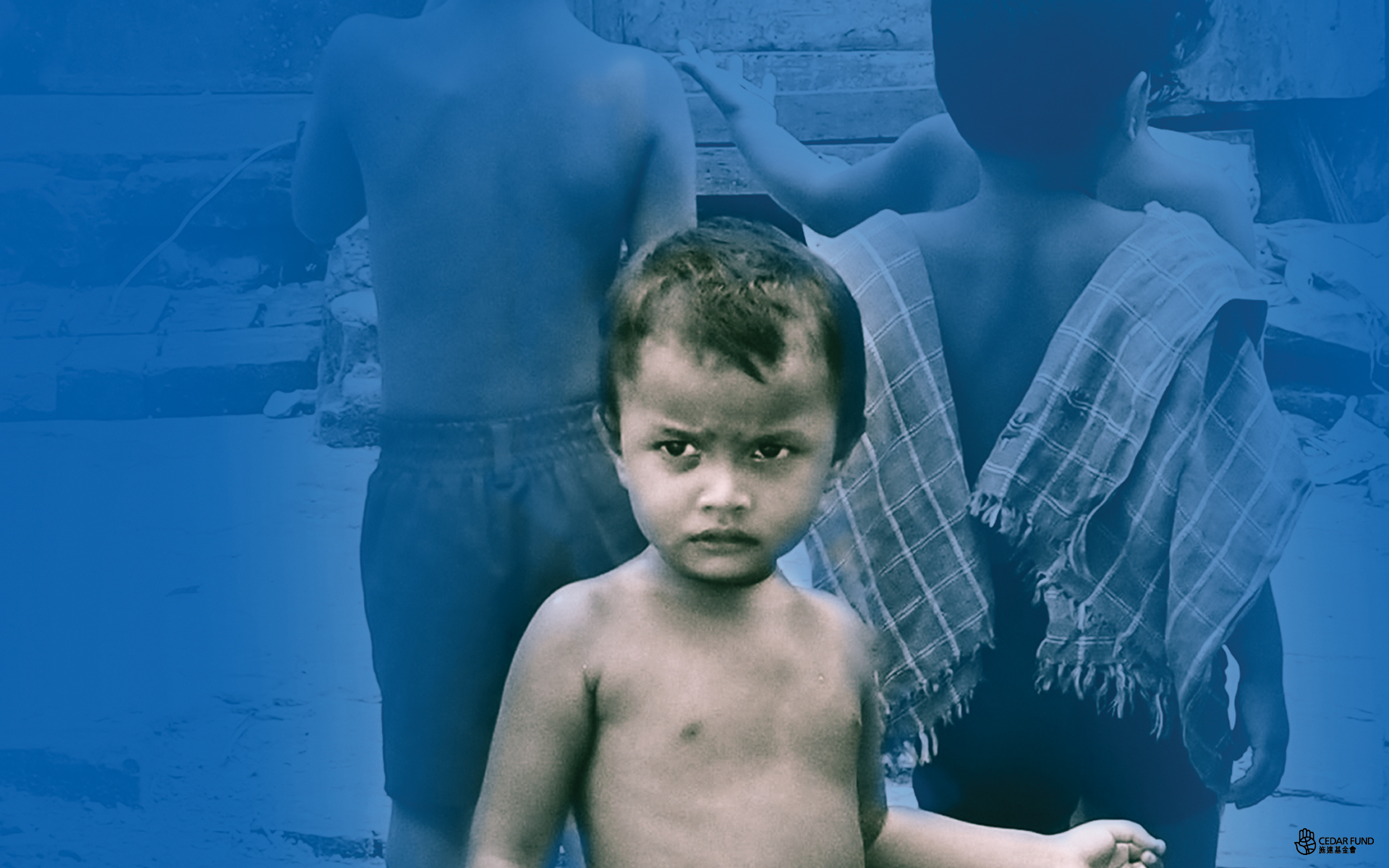 Salaam! This is the greeting of Bangladeshi Muslims wishing people peace. ‘Peace’ is a common wish of this harmonious people, although in reality peace and harmony are hard to find.

I believe that real peace comes from God, advanced by the churches of Christ and applied in the community. Although Christians account for only 0.3% of the Bangladeshi population, local believers are actively serving a community that is feeling helpless, hopeless and untrusting towards each other, so that the people may have peace.

Making it a land of peace

150 million people live in Bangladesh, and rural inhabitants flood to the cities to find jobs thereby aggravating the problem of urban slums[1]. CEDAR’s partner SATHI (Sustainable Association for Taking Human Development Initiatives) is determined to turn these slums into places of peace. Inhabitants get involved with community affairs through the dwellers’ group

SATHI has been serving the Bouniabadh slum of the capital Dhaka for ten years and has set up eighty-seven lower dwellers’ groups (‘Primary Group’) and five higher dwellers’ groups (‘People’s Institution’) to promote community development. After years of operation, the inhabitants have drawn very close. Once, a newcomer became seriously ill and the dwellers’ groups spent over a month raising money to help him with medical care. Their interaction is like a living organism, maintaining the slum and going beyond themselves to meet the community’s education, employment and medical needs with integrity and mutual love.

Having gained experience from Bouniabadh, SATHI has moved on to the Hazaribagh slum in the south of Dhaka to deal with deeper needs of that community. Some low-caste Hindus live in this predominantly Muslim group, and for generations could only work with corpses. Three years ago SATHI launched a livelihood development project in the Hazaribagh slum and discovered that child labour and marriage are robbing many children of their rights to education, care and protection. Since July, CEDAR financially supports SATHI to set up dwellers’ groups to teach children and youngsters awareness of their rights, promote strategic planning in the community to protect children against early marriage, child abuse and labour. In the process, Muslim and Hindu parents work together for their children’s welfare. To be among the community

Why do rural people rather live in slums than stay in their home villages? Simply because they suffer much from floods and soil salinisation caused by climate change. The Global Climate Risk Index 2014 lists Bangladesh as one of the top five countries affected most by extreme weather changes. In September this year floods covered one-third of the land in northern Bangladesh. Salinisation makes the soil difficult to cultivate and flooding threatens the residents’ lives – but World Concern Bangladesh (WCB) works on turning crises into opportunities.

In 2010, CEDAR began supporting WCB in planning disaster mitigation programme. It sent people to live with coastal villagers and organised them into different functional teams and set up credible disaster management committees; physically strong people became rescue team members and proactive ones helped with giving warnings. When Cyclone Mahasen hit the area in May 2013, training and drills the villagers had in the past saved everyone’s lives[2].

With such impressive results, the programme that started in ten villages now runs in over fifty. Apart from disaster prevention, they also introduced anti-salinity farming which received the local government’s approval, greatly slowing down the impact of soil salinisation on their livelihood.

Villagers are rather conservative people, and non-Muslim inhabitants are easily isolated by others. 26 Christian families live in those 50 villages, and in order to strengthen unity among villagers of different faiths, WCB intentionally invited these Christians to join the volunteer disaster prevention teams so they could build up a relationship with the mainstream community. I strongly believe that the 0.3% Christian population in Bangladesh will not be rounded off to zero. On the contrary, this 0.3% is a shining light that is strong enough to be seen.

After the Bangladesh Liberation War in 1971, many Christian missions groups entered the country, not only to spread the gospel but also to set up educational, medical and social welfare organisations to serve the post-war communities. Small churches sprang up in villages and those churches are still here today, although they need ‘tilling and fertilisation’ for new growth. Another partner of CEDAR, Tearfund Bangladesh, carries out ‘Umoja Training’[3] among local churches, and through regular exchange, bible study and praying, churches and believers are mobilised to care for their own communities and respond to the people’s needs.

Some Baptist church members were once studying how the disciples coldly treated blind Bartimaeus (Mark 10:49), and reconsidering Jesus’ teaching and reminder in that account. These church members then asked if there were any ‘Bartimaeus’ they knew and remembered an 80-year-old widow in the neighbourhood who was living in a broken down hut. So they mobilised their church and raised BDT7,000 (around HK$700) which paid for the aluminium rooftop and they helped cut wood to build the widow’s new house, next to the church! From this example of transformation through Umoja Training, plus other acts such as tree planting and road building, believers have readied out beyond the four walls of their churches and become involved in community development with the good of the community in mind. We pray that true Salaam as such will be shown in one community after another.