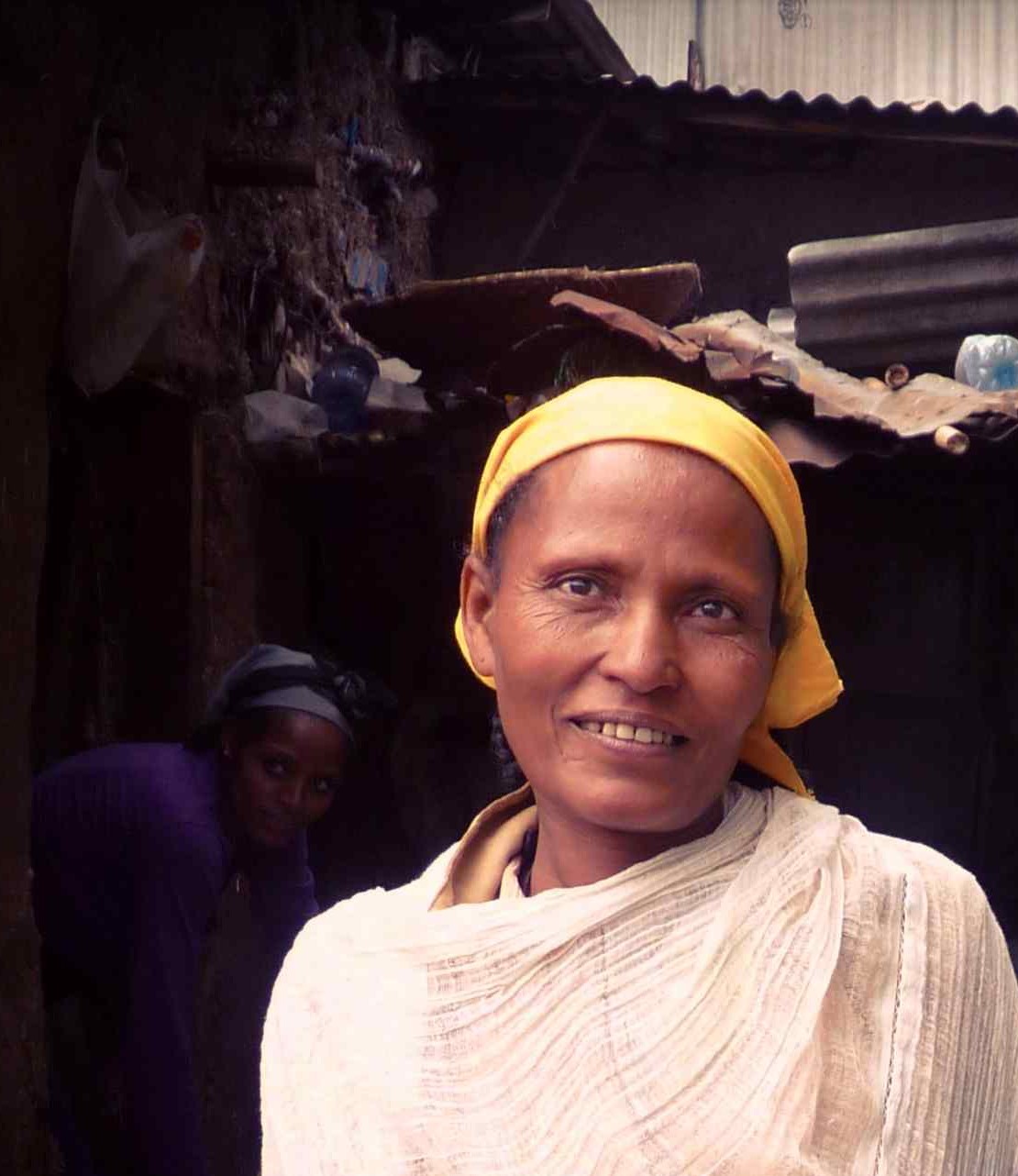 [ePrayer – Pray for the Impoverished Families in Ethiopia] Shashe is a mother living in Ethiopia. She once had her own family, a husband and a few children. Although life was difficult and impoverished, at least she had her loved ones under her knees. Unfortunately she then had leprosy, and because of her huge medical expenses, her husband deserted her and took the children away. After that, Shashe lived in destitute situation with her youngest daughter Senkensh. As a single mother, she becomes more vulnerable to any kind of discriminations and bullies, making her life very difficult. She was once almost killed by a swindler when trying to find a job; and, on one occasion, was nearly kidnapped on the street. Basic needs such as security and dignity are too remote for her and her daughter.

One day, her life was changed after a visit from Addis Ababa Geunet Church (AAGC)＊. The church members of AAGC took her to the hospital to receive the treatment of Leprosy, and also started to support her daughter’s living through their child sponsorship programme. With the sponsorship, her daughter can study in school as what she had been longing for.

Though Shashe only has 50 cents for living a day, she deeply believes ‘The Lord is looking after us.’ Now, Shashe and Senkensh live with hope instead of hopeless, and in light instead of darkness, as if having their ‘Second Life’.

The song writer of ‘Amazing Grace’ once made his living by trafficking the black slaves. After surrending his life to Jesus, he endeavored to fight against the black slave system. At that moment, he wrote a song to praise the love and grace of God. Our Lord heard the cry from the oppressed and hopeless. Do you hear their voice? Where does the voice come from? How may you respond to the oppressed and hopeless?

＊ Addis Ababa Geunet Church (AAGC) is a CEDAR’s partner in Ethiopia. Since 1995, CEDAR has supported AAGC’s children ministry, which provides basic needs to about 200 impoverished children such as food, daily necessities, medical and education subsidies, vocational training and also in spiritual support. Orphans and children from single families will have priority in enrolling in the sponsorship programme. Next will be those from the impoverished families. Most of the sponsored children can get a job in the city after graduation; some may continue their studies in university.

Pray for the Impoverished Families in Ethiopia: [ePrayer – Pray for the battle against FGM in Ethiopia] In Ethiopia today, many women and girls are still suffering from the threat of Female Genital Mutilation (FGM)[1]. This traditional harmful practice not only makes sufferers lose their dignity but also brings irreversible physical damage and severe emotional pain in their entire lives.

According to the official research findings of Ethiopia in 2011, around 23% of the women population under or aged 14 have experienced FGM.  The percentage of FGM victims in the high-risk areas even hit 47%.  Despite the fact that the Federal Government of Ethiopia has put up laws against FGM based on gender equality, it’s sad that many families are still unwilling to abandon this harmful tradition, as the parents still hope that their girls will be blessed for good marriage and living through this act linking to moral benefits such as purity and virginity.

From the financial support received from an overseas organisation, Ethiopian Kale Heywet Church (EKHC) has implemented FGM project in 10 areas since 2000.  Through community education and advocacy work, people are educated about the problems brought by FGM and their wrong concept of purity is corrected.  Besides, EKHC helped circumcisers to develop new skill sets so that they could change jobs for a new life.  All these work resulted in a significant reduction of FGM incidence in the community during that period.  However in 2012, EKHC found it difficult to continue their work due to financial constraints.

CEDAR is going to support our partner EKHC to conduct a survey interviewing 1,000 people in 5 targeted villages.  The interviewees include the unmarried, married, religious leaders, local officials and circumcisers. By obtaining the latest findings and figures, our partner can arrange better work and services against FGM in the near future, hoping that the practice will be completely eliminated soon and the females there will no longer need to suffer physically and emotionally.

Pray for the battle against FGM in Ethiopia:

[1] Female genital mutilation includes partial or total removal of a girl’s clitoris and labia; wound healing resulting in closure of the virginal opening prevents the girl from having any premarital sex and thereby preserving her chastity. 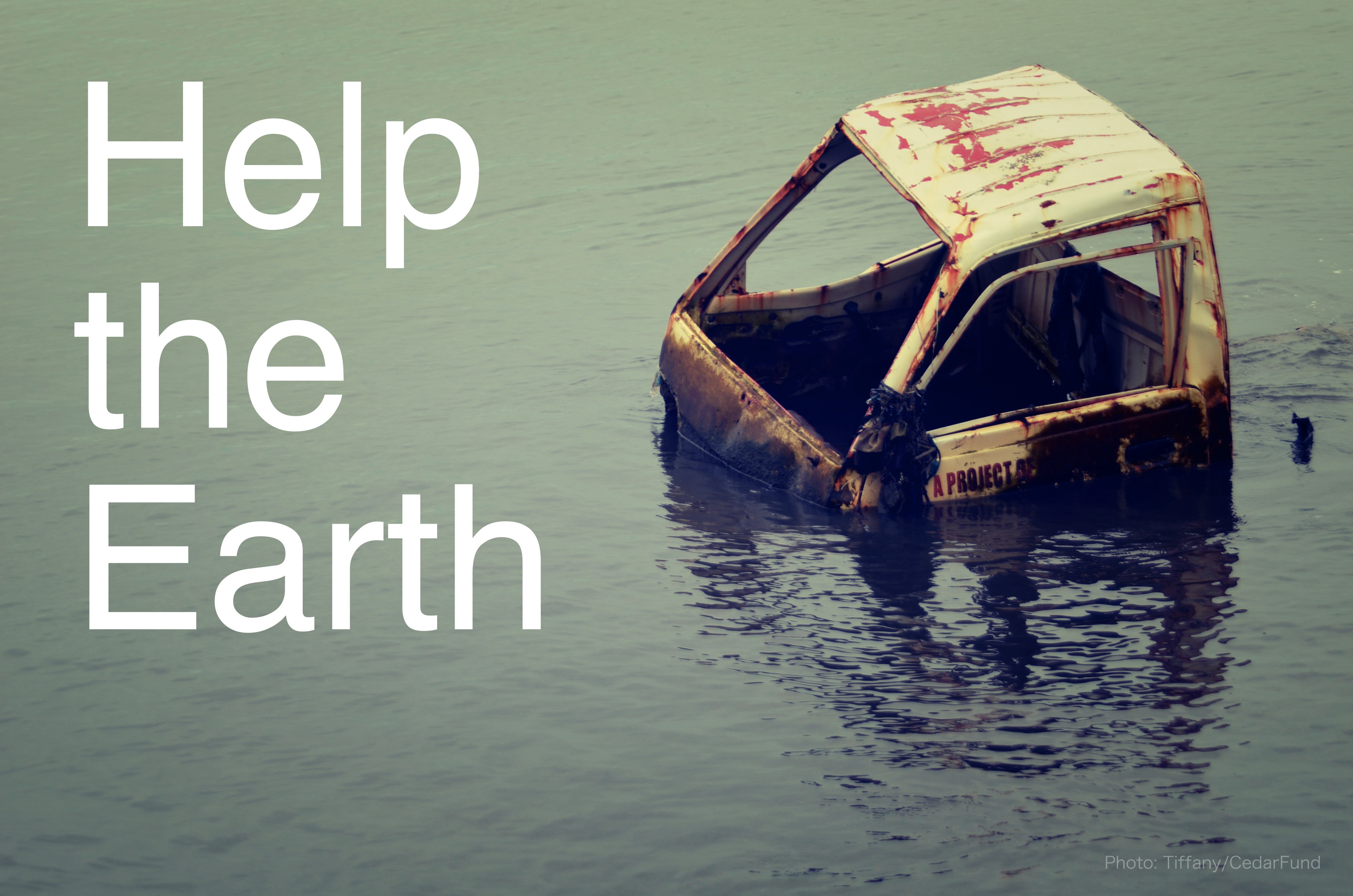 Dear Brothers and Sisters in Christ:

Hong Kong people in middle-aged or above are familiar with a song of Sam Hui in the 70’s describing the hardship from water suspension; and remember the day we shouted ‘Hey My Neighbours below, turn off your water tap!’ Nowadays with the steady water supply from Dongjiang, we seldom need to worry about water shortage. Instead we often hear people advocating today for a simple lifestyle for environmental sake. In fact this is easier to say than to do. The easiest way maybe is pushing the government, manufacturers and logistics industry to take up their responsibilities in environmental protection. However, what they supply every day is merely for satisfying and stimulating our unlimited material demand.

END_OF_DOCUMENT_TOKEN_TO_BE_REPLACED

[ePrayer – Pray for those who are suffered and threatened by FGM]

Nengai, experienced FGM/C at 9 years of age, was told, ‘You need to be circumcised to be married, so that if you get pregnant you don’t bring shame to your family.’

Agnes, 14 years old, says, ‘They covered my face… grabbed my legs and arms, and then excised me. Blood was coming out.’

Kiouala, 51 years old, recalls, ‘When they finished cutting me and made me stand up, those who went before me were sitting on leaves. I saw blood everywhere. This fear, I still have it inside.’

Female genital mutilation (FGM) refers to all procedures involving partial or total removal of the external female genitalia or other injury to the female genital organs for non-medical reasons.

According to a recent UNICEF publication, at least 125 million girls and women have experienced FGM in 29 countries in Africa and the Middle East where the practice is concentrated. Given present trends, as many as 30 million girls under the age of 15 may still be at risk.

‘There are many traditional harmful practices which are detrimental to the women only. The most inhuman thing is that they have to go through female genital mutilation.’ CEDAR’s programme officer shared after visiting Ethiopia. FGM may cause severe pain and can result in prolonged bleeding, infection and even death. It violates a person’s rights to health, security and physical integrity, the right to be free from torture and cruelty, inhuman or degrading treatment, and the right to life. ‘Statistics show that many girls or women die from FGM. Although this is already banned by the law, it is still commonly practiced in many villages.’

With the effort of fighting against this harmful traditional practice by UN agencies and NGOs, FGM is becoming less prevalent overall and the younger generation is less vulnerable to the practice. According to UNICEF estimates, on average, 36 % of girls aged 15-19 have been cut compared to an estimated 53 % of women aged 45-49. However, there are still 30 million girls at risk who need our prayers, protection and support. [UN, UNICEF, UN Women]

‘Is not this the kind of fasting I have chosen: to loose the chains of injustice and untie the cords of the yoke, to set the oppressed free and break every yoke? Is it not to share your food with the hungry and to provide the poor wanderer with shelter— when you see the naked, to clothe them, and not to turn away from your own flesh and blood?’ Isaiah 58: 6-7

Oh Lord, we heard the voice, read the word and saw the video of the girls and women who have been suffered from FGM. They were created by God in Your image, just like us. However, their value and dignity of life is destroyed by the inhuman culture and traditional practice. Oh Lord, please let us know how we can stand by them to fight against FGM and gender discriminations in their culture and society.

Pray for those who are suffered and threatened by FGM: