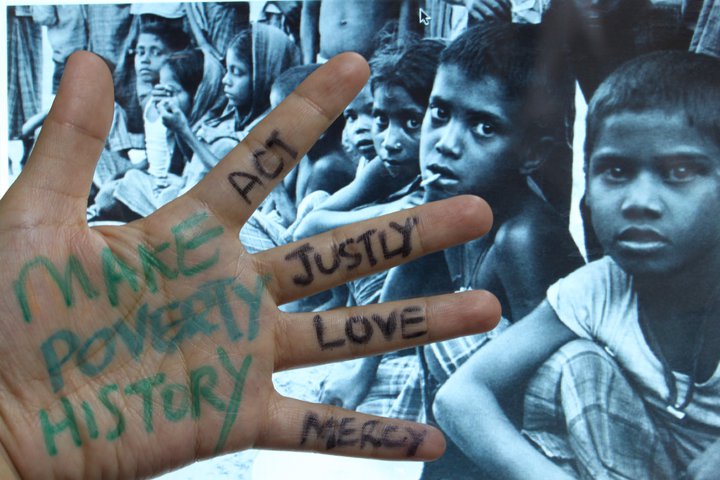 Since 2007, World Day of Social Justice has been observed annually on 20 February. Through this, the United Nations hopes to mobilse all national governments to implement measures to eradicate any forms of discriminations, inequalities and barriers that people face because of gender, age, race, ethnicity, religion, disability or culture, so that one’s income, education opportunity, rights to basic care, decent job, shelter, water, and political participation will not be determined by their birth, residence, gender, religion or race; and that one can be free from threats and physical violence.

END_OF_DOCUMENT_TOKEN_TO_BE_REPLACED 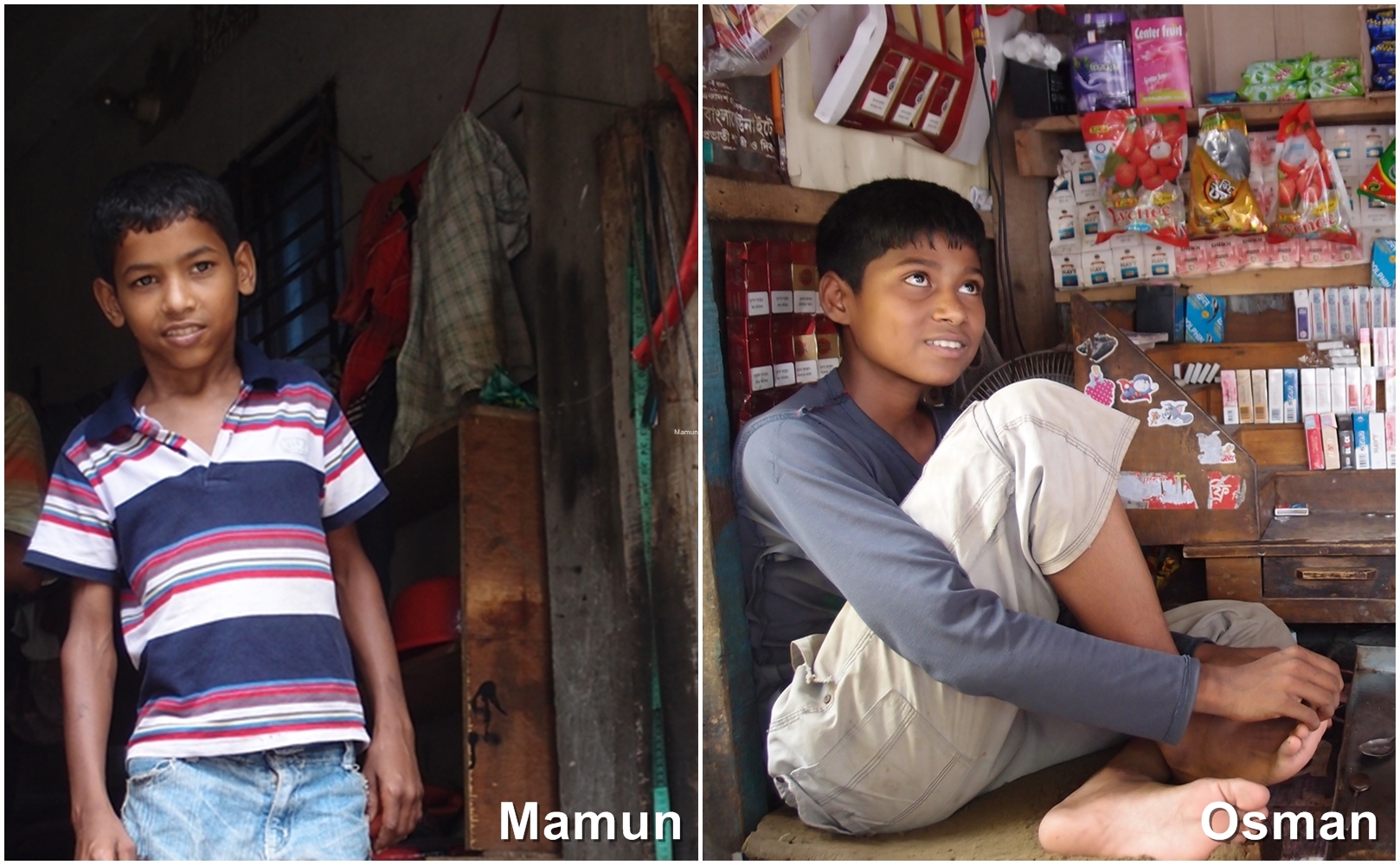 While many parents in Hong Kong worry about how their children are getting on in the first month of school, many parents in Bangladesh worry about the well-being and safety of their children at work. In 2012, 17% of the children aged between 5-14 years in Bangladesh had to work as child labourers. According to US Department of Labor, children in Bangladesh are engaged in the worst forms of child labour, primarily in dangerous activities in agriculture and in domestic service. Children working in agriculture may use dangerous tools, carry heavy loads, and apply harmful pesticides. Girls mostly work as domestic servants in private households. They work long hours and are subject to discrimination and harassment, on top of emotional, physical, and sexual abuse. [US Embassy, UNICEF]

END_OF_DOCUMENT_TOKEN_TO_BE_REPLACED

[ePrayer – Pray for those who are suffered and threatened by FGM]

Nengai, experienced FGM/C at 9 years of age, was told, ‘You need to be circumcised to be married, so that if you get pregnant you don’t bring shame to your family.’

Agnes, 14 years old, says, ‘They covered my face… grabbed my legs and arms, and then excised me. Blood was coming out.’

Kiouala, 51 years old, recalls, ‘When they finished cutting me and made me stand up, those who went before me were sitting on leaves. I saw blood everywhere. This fear, I still have it inside.’

Female genital mutilation (FGM) refers to all procedures involving partial or total removal of the external female genitalia or other injury to the female genital organs for non-medical reasons.

According to a recent UNICEF publication, at least 125 million girls and women have experienced FGM in 29 countries in Africa and the Middle East where the practice is concentrated. Given present trends, as many as 30 million girls under the age of 15 may still be at risk.

‘There are many traditional harmful practices which are detrimental to the women only. The most inhuman thing is that they have to go through female genital mutilation.’ CEDAR’s programme officer shared after visiting Ethiopia. FGM may cause severe pain and can result in prolonged bleeding, infection and even death. It violates a person’s rights to health, security and physical integrity, the right to be free from torture and cruelty, inhuman or degrading treatment, and the right to life. ‘Statistics show that many girls or women die from FGM. Although this is already banned by the law, it is still commonly practiced in many villages.’

With the effort of fighting against this harmful traditional practice by UN agencies and NGOs, FGM is becoming less prevalent overall and the younger generation is less vulnerable to the practice. According to UNICEF estimates, on average, 36 % of girls aged 15-19 have been cut compared to an estimated 53 % of women aged 45-49. However, there are still 30 million girls at risk who need our prayers, protection and support. [UN, UNICEF, UN Women]

‘Is not this the kind of fasting I have chosen: to loose the chains of injustice and untie the cords of the yoke, to set the oppressed free and break every yoke? Is it not to share your food with the hungry and to provide the poor wanderer with shelter— when you see the naked, to clothe them, and not to turn away from your own flesh and blood?’ Isaiah 58: 6-7

Oh Lord, we heard the voice, read the word and saw the video of the girls and women who have been suffered from FGM. They were created by God in Your image, just like us. However, their value and dignity of life is destroyed by the inhuman culture and traditional practice. Oh Lord, please let us know how we can stand by them to fight against FGM and gender discriminations in their culture and society.

Pray for those who are suffered and threatened by FGM: The theme of International Day for the Eradication of Poverty for 17 October 2013 is ‘working together towards a world without discrimination: Building on the experience and knowledge of people in extreme poverty’ The progress in reducing poverty world-wide has been uneven. Although some regions experience poverty reductions, in many countries poverty has been on the rise, especially among women and children. After the first UN Decade for Poverty Eradication (1997-2006), the second UN Decade (2008-2017) sets ‘Full employment and decent work for all’ as the theme for the Decade. Its particular focus is given to employment and decent work, including youth employment, the working poor, social protection in particular to vulnerable and disadvantaged groups in the light of the current global crises, support for sustainable enterprises, gender equality, standards and rights at work, and social dialogue. [UN News]

CEDAR is calling churches and Christians to join EXPOSED during the week of 14 to 20 October, making appeals to the church, business and governments to operate with integrity and advocate an end to corruption which is a huge barrier to ending extreme world poverty. Please click here  for more details.

[ePrayer – Pray for workers in Bangladesh] Bangladesh on 15 July amended its 2006 Labour Act, to include freedoms of association and collective bargaining. Hoping it a milestone in promoting workers’ rights and occupational safety and health. The new law also contain provisions for improved safety measures at workplaces. Requirements in sending employers the names of union leaders on registration are abolished. Workers may call on external experts assistance at collective bargaining sessions. However, ILO said the revised laws still fail to address a number of concerns: a 30 per cent requirement in forming trade unions; and freedom of association and collective bargaining are excluded to workers in labour-intensive export processing zones. It also fails to prohibit discriminations in employment or remuneration, debt bondage by children or punishment in form of compulsory labour. [UN News, ILO]

Pray for workers in Bangladesh: There are over 600 million girls in the world today, more than 500 million of them in developing countries. About 16 million girls under age 18 give birth each year. Another 3.2 million undergo unsafe abortions. The vast majority — 90 per cent — of the pregnant adolescents in the developing world are married. But for far too many of these girls, pregnancy has little to do with informed choice. Often it is a consequence of discrimination, rights violations (including child marriage), inadequate education or sexual coercion. Complications from pregnancy and child birth are the leading cause of death among girls aged 15 to 19. On World Population Day 2013, UN raises awareness of the issue of adolescent pregnancy in the hopes of delivering a world where every pregnancy is wanted, every childbirth is safe, and every young person’s potential is fulfilled. [UN]