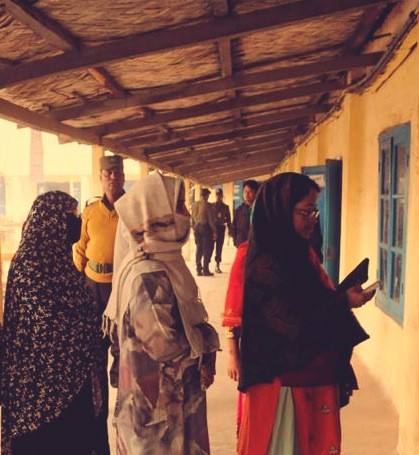 [ePrayer – Pray for Stability in Bangladesh] 5 January 2014 was the date of General Election in Bangladesh. Unrest in different scale took place before and after it. Weeks of conflict and violence caused over 100 dead, including the demonstrators and civilians.

In Bangladesh, demonstrations and conflicts are expected in the year of election as what was happened in the past. However, in this election, the ruling party amended the constitution and refused to set up an independent caretaker government to coordinate the general election. This ignited great discontent in the Opposition. The Bangladesh Nationalist Party (BNP) believe that this would seriously jeopardize the fairness of the election and thus boycotted it. In the past months, BNP took a series of actions to resist the election, such as strike, protest, blocking the traffic, violence and fire attack. The government dispatched troops trying to stop the violent situation and deployed 50,000 soldiers to maintain order on the Election Day.

This General Election caused more serious turbulence and separation in the society than before. The poor turnout was blamed on fear of violence and the boycott. One voter said: ‘I want to go to vote, but I am afraid of violence. If the situation is normal and my neighbours go, I may go.’ Even if the voters were willing to vote, there was no gain in increasing the credibility of this election. Due to the boycott of the BNP, over one third of the 300 directly-elected seats went uncontested. Awami League (AL), the ruling party, won two third of the seats, easily becoming the majority government to form the cabinet. [BBC1] [BBC2] [BBC3]

Since Bangladesh was independent in 1971, there have been constant conflicts between these two parties bringing political instability. Facing the issues of unemployment, poverty, corruption, inflation, industrial accidents and human rights violence, the Bangladesh people are fervently looking for political and economic stability for a better living. Local Christians told us: ‘What we look for is a stable society. However, our living is seriously affected by the non-stop strike.’ They added: ‘The opposition party has been fighting to rule the country with the law of Islam, including prohibition on any non-Islamic religious practices and activities and deportation of all non-Islamic NGOs. We perceive threats and are scared of it.’

‘Do not be wise in your own eyes; fear the LORD and shun evil.’ (Proverbs 3:7)  The ruling party amended the constitutions and sacrificed the fairness of the election to avoid losing its power. The opposition party launched the attack and sacrificed the stability of the society to fight for its power. Justice comes from the Word of God; love is founded on God’s Holy Covenant. May everyone bow down before His Mercy Seat to seek the Truth, and to govern the land according to His will for most benefits.

Pray for Stability in Bangladesh: