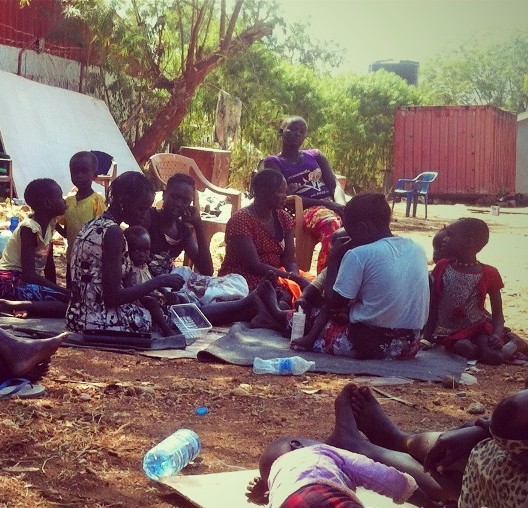 Since December 15 2013, there have been series of military conflicts between camps in the Government of South Sudan.  It has caused thousands deaths. 58,000 sought help from local rescue organizations to meet their basic living needs. Although cease-fire is said to take place in some areas, but residents still dare not return to their home.  In the capital Juba, more than 500 lives have been taken in 4 days. Citizens’ fear is obvious.  Continued fighting rendered no safe refuge, there is no sense of safety completely! Whether aid workers, women or children, their lives are in risk; rescue workers have reportedly been fatally injured in the refugees camps.  The overcrowded camps provided opportunities to culprits of sexual offenses. Trauma of war left in children’s hearts also need to be attended. [IRIN][BBC1][BBC2]

South Sudan is rich of oil reserve as its precious resources, but it leads to endless fighting and poverty to its own people.  South Sudan was founded in July 2011, but its national have been suffering from unsafety and poverty ever since due to power struggles in government and people’s snatching of land, oil and other resources. Facing such a disastrous situation today, besides help to displaced and injured from rescuing agencies how can we tackle the ultimate reason for the military conflicts ─ human hatred and greed?  How can we walk with this “young” country and assist to establish a good and effective governance?  Can we see how God act in response to the cry of the poor on this piece of land?

CEDAR supported children centers in Sudan serving children without homes due to war or poverty.  In early 2011 (before the independence of South Sudan), a portion of inmates of these centres were from south and chose to return their home-land.  Earnestly hoping those children are still immersed in God’s grace!

“But he saveth the poor from the sword, from their mouth, and from the hand of the mighty.” (Job 5:5) In war, every moment of living is a miracle; it shows only the peace from the heaven can overcome people’s fear and anxiety and only His salvation can restore a country from corruption.