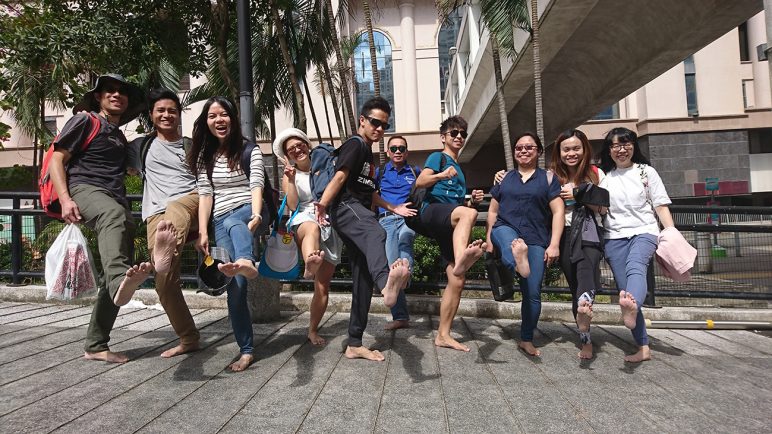 In human’s perspective, a subject’s values are often determined by its benefits to people. For example, a down coat is a necessity for people living in cold areas, but often useless for those living in tropical areas. This methodology of defining a subject’s values not only applies to materials, but also to human beings. An old Chinese tale “Wu Yen” is a good illustration. When the country was in crisis, the all-rounded ugly queen, Wu Yen, gained attention from King Xuan of Qi Dynasty. However, when the war was over, the King avoided her the furthest as possible.

Nowadays, many social systems value an individual by his/her contributions, which is well exemplified by the pay scales of corporates and college and school places allocation systems. Such perspective divides individuals into different categories. Thus, society is divided according to socioeconomic levels, occupations are regarded unequally, and people with and without disabilities and in other races are perceived differently.

Nevertheless, God sees all creations in a totally different way. God saw that all His creations were good (Genesis 1:10-31). Values of all creations (including humans) are not based on their benefits to God, but merely because they were created by God. Therefore, regardless of circumstances, all humans are born with dignity. Unfortunately, the poor are usually regarded as people of no value under utilitarianism. They are disregarded and their dignity are being trampled. Under such atmosphere, they even despise themselves and lose faith and hope in life.

On the path of serving the poor, we have to empower those in poverty with self-help ability. We do not only provide them with a glass of water, but also their well-deserved honour. This is the responsibility of every Christian. The theme of this year’s Barefoot Walk is “Restored Dignity for the Poor”. We hope to spread the importance of restoring the poor’s dignity through this activity. I cordially invited you to join our Barefoot Walk with family and friends this year on 2 November to raise our voice for the poor together.

May God bless you and your family!