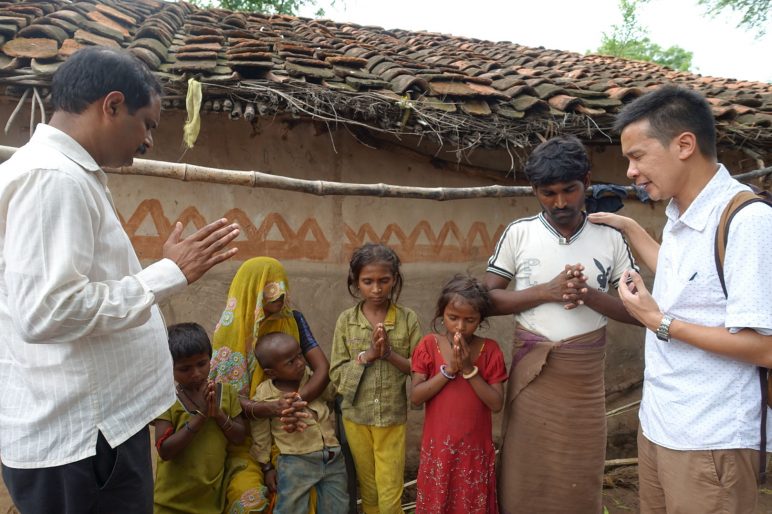 Early this month we had our first Typhoon Signal No. 8 of this year. Most of us were given with half a day off. Did you spend it on watching TV, sleeping, or chasing monsters outdoor? … No matter what you did, I believe most of us felt calm while wind and rain were strong outside. This sense of security does not come without effort, as we have spent time and resources in strengthening this city’s infrastructures and systems to stand against the hit of typhoons. … However, this is not necessary the case to the developing world. People there are highly vulnerable in front of natural disasters. Their weak infrastructures and poor emergency response systems are surely a main cause. But, making it even worst is the low awareness of disaster prevention among the people and even the government.

I once visited a typhoon-affected village in the Bicol Region of the Philippines. Though the strong wind and heavy rain had caused some damages, majority of the causalities came from the slurry of volcano ash brought by the rain after the typhoon. The village was totally inundated by the ash. While visiting the relief project site, I realized I was standing on the roof of the houses. I believe the people and government were all aware of the ash accommodated at the crater, but they were just not aware of the risk.

I believe that, in this Bicol case, many lives could have been saved should the people and government be more alert! … This is why CEDAR is actively involved in the provision of disaster risk reduction (“DRR”) training in high risk areas. Through DRR projects, participants will be trained to tackle emergency situation when facing natural disasters, and also be more sensitive towards possible risk in their surroundings. Recently our partner in India has just witnessed how the preventative measures of their DRR project worked to lower the damage caused by the recent floods. Some DRR trained villagers even followed our partner and helped other affected villages.

DRR training is a preventive measure by nature, and it reminds me of an incident recorded in Acts 6. Whilst the believers at the early church were sharing their possessions, “the Grecian Jews among them complained against the Hebraic Jews because their widows were being overlooked in the daily distribution of food.” (Acts 6:1 NIV) Instead of putting aside their pastoral duties, the apostles decided to form a system that can address the issue for good. As a result, “the word of God spread. The number of disciples in Jerusalem increased rapidly, and a large number of priests became obedient to the faith.” (Acts 6:7 NIV)

Back to our world today, numerous of people around the world are threatened by natural and man-made disasters. What we can do is to help them be freed from the threat of disaster by relief and DRR work, hoping that they could have space for searching of life purpose in return. CEDAR now supports partners in Nepal, India and Myanmar to provide emergency relief to victims of recent floods in South Asia. Let’s join hands to provide people in desperate situation an opportunity of survival and soul-search. May God bless you!