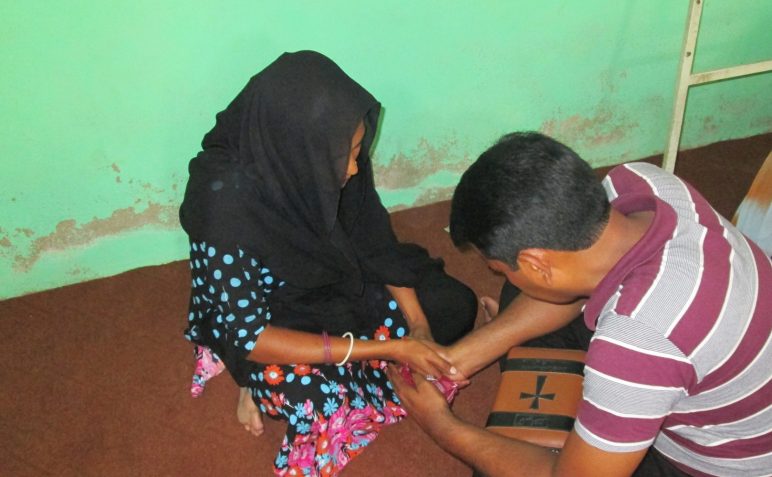 In 1991, CEDAR was born with a Christ-guided vision to alleviate global poverty, during which the rise of globalization and the internet had made the vision ever approachable.

Jesus said, “The poor you will always have with you, but you will not always have me.” (Matthew 26:11) The outlook of poverty seems positive as the population under poverty has decreased from 1.9 billion to 840 million in the past 25 years. Yet during the same period, our workers at CEDAR were overwhelmed by cases where the environmental conditions and resources were still degrading for the underprivileged, due to over-extraction from other countries, climate changes, and civil wars. For some of the people we came to know, safety and dignity were such a luxury when $1.25 USD was all they have. The poor is still here with us, often as a deflating thought.

When Jesus said “but you will not always have me,” He was referring to the fact that his disciples would not have a second chance to prepare for his funeral, but he also revealed earlier that we could still serve Him by serving the hungry, the thirsty, the sick, and those without home, as He said, “Whatever you did for one of the least of these brothers and sisters of mine, you did for me.” (Matthew 25:40). The founders of CEDAR saw Christ in those living in scarcity from afar, and had been answering the call ever since.

There are great philanthropists who recognize the needs in the battle of poverty, but only the church would see Jesus in the needy, and only the church would define giving as a form of worship. The “Christian response” to poverty has been the cardinal value of CEDAR. Initiated by the Micah Declaration on Integral Mission and further established in Lausanne III, the church ought to uphold the personal, social, and global aspects of the gospel. CEDAR was privileged to join forces with churches in the “Education” of integral mission.

“Go and make disciples” are the only imperative verbs in the Great Commission (Matthew 28:19). To be a disciple, one must fulfill the Law (Matthew 5:17) which includes the exercise of good will toward those who became poor and sell their property. They were not to be slaved, and their relatives were to redeem the sold land, otherwise the buyers were to return the land no matter what in the Jubilee. There were also clauses pertaining to the wellbeing of foreigners and the land (Leviticus 25). In the present age of globalization and consumerism, we often turn a blind eye to the damage done to our land, and to those exploited by international monopolies. While we are trying to care for the indigents, Pope Francis reminded us that “weeping for other people’s pain does not only mean sharing in their sufferings, but also and above all realizing that our own actions are a cause of injustice and inequality.”

God has come to us in this end times to call us to repentance and restore our relationship with Him. Our dignity before God are to be restored, the oppressed freed, and the land healed, to proclaim the year of the Lord’s favor (Luke 4:18), such is the “Development” of the era; the effort to eradicate structural evil and proclaim God’s words to the world is our “Advocacy”; and we are tasked to bring “Relief” to the wounded land, be it from the curse casted on our ancestors, the climate changes brought by our irresponsibilities, or natural disasters.

Last but not least, we must unite. There is no longer any poverty we couldn’t reach in this age, only the Jesus we refuse to reach. Let us come together as one with the same vision, regardless of our denominations and distance, and prepare ourselves to become the perfect bride when He returns. “E” – Education
Since 2014, CEDAR has launched “Global Discipleship Programme” with Hong Kong churches, focusing on nurturing disciples to develop a deeper sacrificial passion for God and to magnify His glory through exposing them to global poverty issues. “D” – Development
Through child rights’ youth groups, Bangladeshi girls can break out of customs and gender inequalities, decline early marriage and child labor and fight for education opportunities, to develop her own life and self-value. “A” – Advocacy
Facing the violence against women (VAM), such as kidnapping, involuntary marriage, domestic violence and acid attacks, CEDAR’s partner CGDC actively work with local churches to raise the awareness of gender violence and mobilize Christians to take part in fighting against VAM.