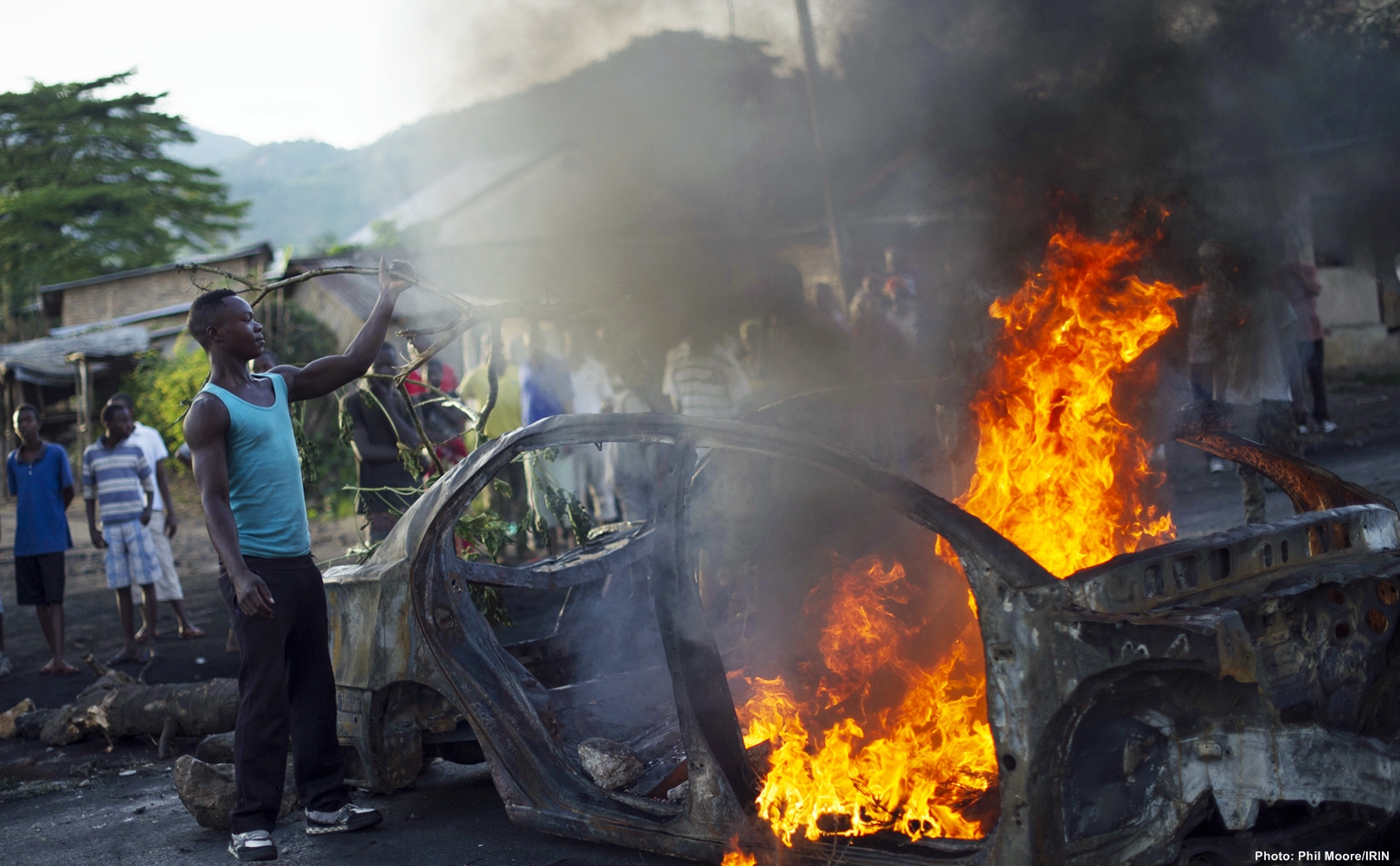 Police figures indicate that 892 people were arrested in connection with the protests between April 26 and May 12.

On May 13, some military officers attempted a coup and announced that Nkurunziza had been dismissed.  After heavy fighting, the coup leaders announced on May 14 that their attempt had failed and they would surrender. Following the failed coup, demonstrators resumed their protests in Bujumbura, the capital.

Thousands of protesters took to the streets after the murder of the president of the opposition party on May 23.  Police responded aggressively, with repeated clashes in Bujumbura.  While many protesters were peaceful, some used violence.  Witnesses said police shot demonstrators indiscriminately.  Some were shot in the back as they fled.  Medical staff have treated more than 100 people with serious injuries.

The Secretary-General of United Nations Mr. Ban called on the country’s authorities to avoid the use of excessive force in handling demonstrations. The President (who professed to be a born-again Christian) admitted that there were perhaps policemen who used too much force and others who were misguided.  A spokesman said some policemen had been arrested because “they used live ammunition against demonstrators”.  It was also said that 6 police officers had been killed and at least 126 injured since the protests began.

Medical personnel, journalists, and human rights defenders have received death threats and menacing phone calls, and been intimidated and harassed by the authorities.  Many of them have gone into hiding or fled the country.

As the current unrest has driven tens of thousands of people to flee the country, the government has postponed parliamentary and presidential elections that were scheduled for this month.

Burundi is a landlocked country in East Africa.  Since independence in 1962 from Belgium she has suffered from warfare, corruption and poor access to education.  She is one of the five poorest countries in the world, with one of the lowest per capita GDPs of any nation globally.  She is also one of the hungriest countries in the world.  80 – 90% of the 11 million population are Christians (mainly Catholic). [HRW, UN, WIKI]

Those who are authorized to use force should learn when they must refuse to obey orders to kill.