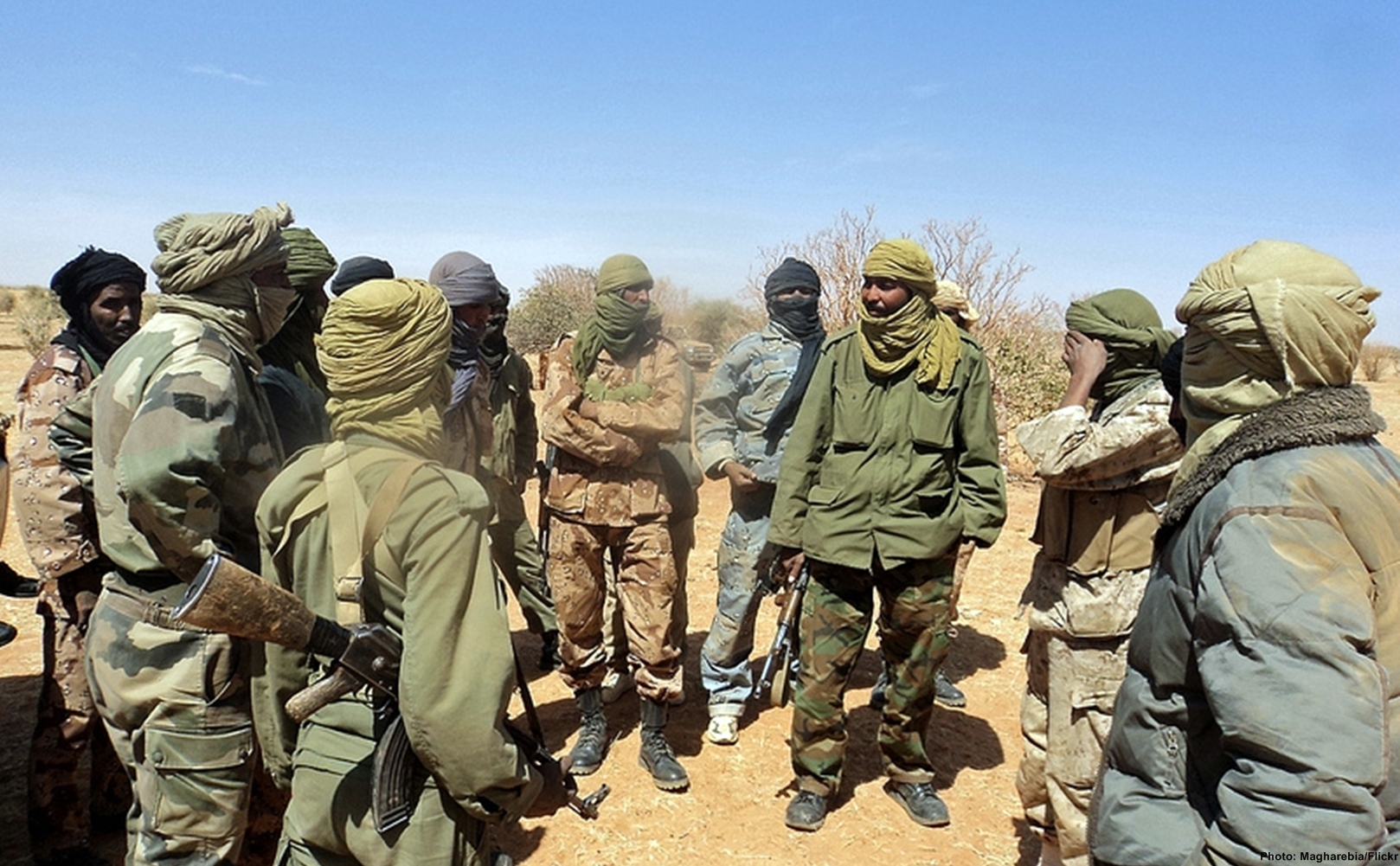 In Mali, a Muslim dominated country in west Africa, rising and widespread violent crime and abuses by armed groups (both anti- and pro-government) and state security forces are threatening people in the northern and central regions.

In the north, a brief renewal of fighting in mid-2014 provoked the withdrawal of Malian soldiers and judicial officers.  Large areas become devoid of state authority, and Islamist armed groups, pro-government militias, and bandits have committed abuses.

Herds of livestock were driven off.  Traders and truck drivers were robbed.  Several drivers were killed and their vehicles set on fire.  Drivers of large trucks have to pay at major checkpoints, which are controlled by different armed groups and state-backed militia.  There is little or no government response.  The security forces have not provided adequate patrols, nor even investigated the incidents.

In central Mali, an Islamist armed group has committed serious abuses when fighting Mali’s security forces.  The attackers executed at least five men believed to be guides or informants for the army.  The group threatened people with death if they collaborated with the government, or the UN peacekeeping mission.

The Malian army and pro-government militias have responded to the attacks with military operations.  From December 2014 to February 2015 such operations have resulted in numerous abuses.  Soldiers and policemen robbed people of money, cellphones, and jewelry.  Abuses also included arbitrary arrests, death threats, torture, forcing detainees to drink urine, and denial of food, water, and medical care.

UN Peacekeepers have been deployed in Mali since July 2013 to protect civilians.  Since mid-2014 Islamist armed groups in the north have killed 35 and wounded 130 peacekeepers.

Rebel groups and pro-government militias are using child soldiers, some as young as 12.  Child combatants were seen staffing checkpoints in many towns.

Bandits and armed groups attacked the vehicles of humanitarian agencies, particularly in the north. Since November 2014, there have been at least 13 such attacks.  On March 30, a driver with the International Committee of Red Cross was killed and a colleague wounded.

Mali became independent of France in 1960.  Though she is among the poorest 25 countries in the world, she enjoys universal suffrage for citizens over 18 years old. In 2002 Amadou Toumani TOURE was elected president. Malian returnees from Libya in 2011 exacerbated tensions in northern Mali, and Tuareg ethnic militias rebelled in January 2012. The military overthrew TOURE soon after that. The post-coup chaos led to rebels expelling the Malian military from the northern regions and allowed Islamic militants to set up strongholds. Hundreds of thousands of northern Malians fled to southern Mali and neighboring countries, exacerbating regional food shortages. An international military intervention began in January 2013 and within a month most of the north had been retaken. In a 2013 election, Ibrahim Boubacar KEITA was elected president.

Because of poverty, Mali has the second highest infant mortality in the world in 2014. The main threat to Mali’s economy is physical insecurity.  Other long term threats to the economy include high population growth (with the second highest birth rate in the world in 2014), corruption, a weak infrastructure, and low levels of human capital. The administration’s purchase of a presidential jet for USD 40 million and inflated defense contracts damaged its credibility and led the International Monetary Fund to temporarily suspend aid in 2014. [HRW, CIA]

Many church-goers use religion to cover over their pain.  Instead, Christology should draw people into contact with their own pain and the pain of others, for the sake of feeling the grief that inspires resistance, that stimulates one to live for the sake of the abused and victimized, to struggle for liberation.