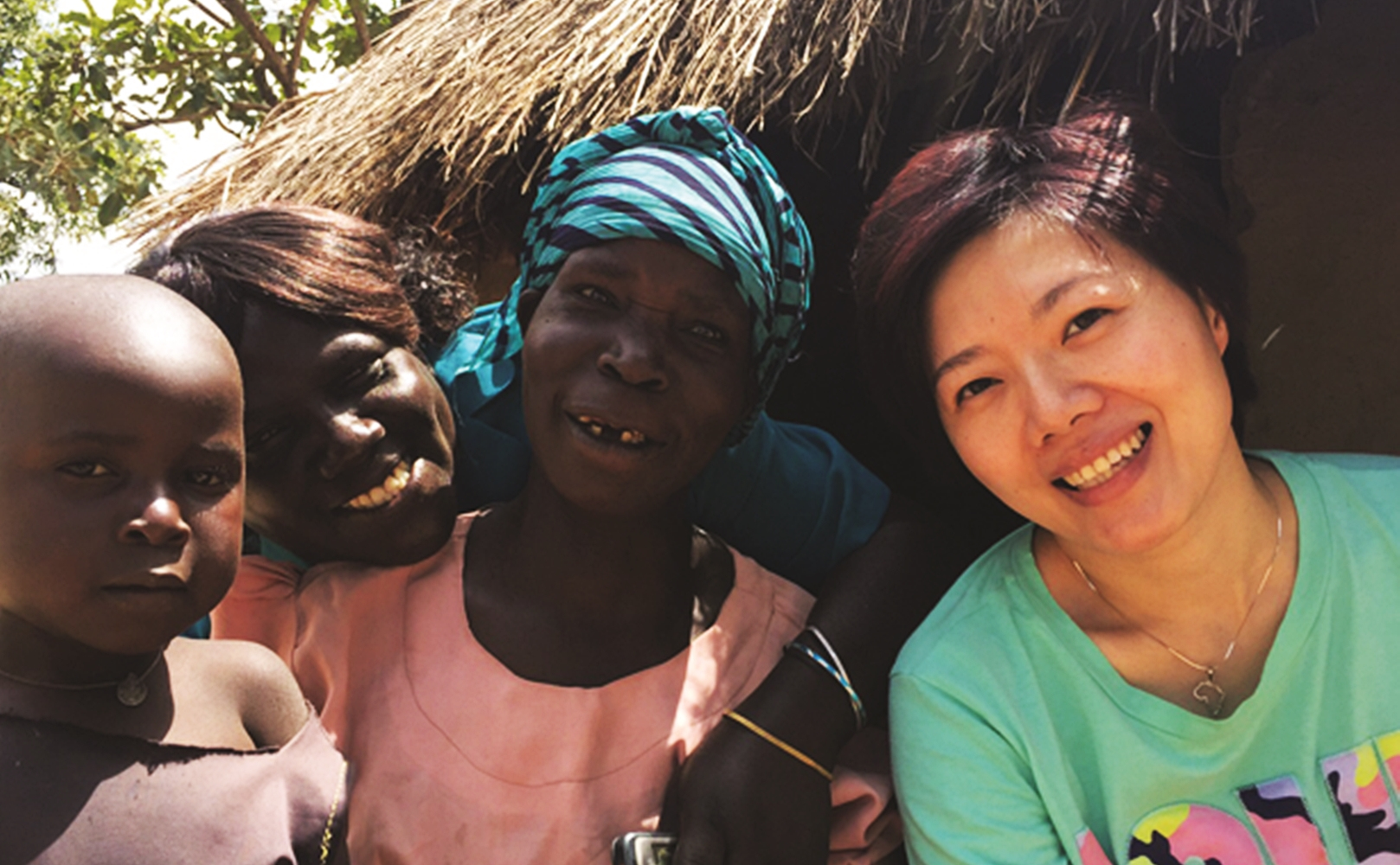 People often think of Africa’s poverty and unending problems. Colonial aggression severely exploited African lives and natural resources, African raw materials such as cotton, coffee and cocoa beans were bought way below market price by European countries but resold worldwide as high-end products after further processing. European traders made the maximum profit while African farmers remained destitute and exposed to the risk of losing everything if disaster strikes. Isn’t it ironic that many such farmers never tasted the coffee or chocolate they grew because they could not afford it?

END_OF_DOCUMENT_TOKEN_TO_BE_REPLACED

[ePrayer – Pray for the community development in Gansu] The Farmers’ cooperative was established last year and started to organise community activities. Some weeks ago, the cooperative coordinated the purchase of the fertilisers for project sites and the neighbouring communities. As a result, not only the farmers can purchase the fertilisers in a cheaper price, the cooperative can also save some money for development fund. Though there were some problems in the process of coordination, the representatives can solve them timely and wisely. Give thanks that the women group has stable production and order for handicrafts. Women could earn a living by producing the Fair Trade handicrafts.

Pray for the community development in Gansu: ‘Running to’ the cities

Each Lunar New Year we hear news and see images of migrant workers in China cramming into public transport to get home to their families. This has been going on for nearly thirty years and this annual travelling back and forth is continuing. For the first time in 2011, China’s 690 million city dwellers outnumbered the rural ones, accounting for 51.27% of the country’s total population. [1]

Why do rural people flock to work in the cities?

40-year-old Mr. Liu, a deliveryman in Yunnan, says, ‘I came to the city for a better life; conditions here are better than the village’s.’

23-year-old Jin works in a convenience store in Kunming, ‘Home is a small place and prospect was not good… I live here each day as it comes… I want to see more and experience things while I am still young…’ Like other migrant workers, 40-year-old Mr. Liu, a deliveryman in Yunnan, seeks work in the city for many reasons, such as having a poor family, hardship in farming, backward rural economy and a desire to see the world.

Travelling in cities and villages

After graduating in late 1990s, I researched on labour studies in China. I waited outside factories in the Guangdong Province catching migrant workers coming out for lunch breaks to talk about their work and life there. They told me how they were forced to work long hours but wages were held up or often deducted by trickery, or how labourers injured at work were neglected and ignored. Questions came to my mind ‘Why did you come here? Wasn’t it a better life in the village? At least you would not be taken advantage of!’

After joining CEDAR in 2000, I went to Hubei, China, and visited different project sites; then I lived for a few years in a Gansu village working on a development project. As I got to know the people, I gained a better understanding of the tension they faced between village and city lives.

Once a villager pointed out to some newly repaired brick houses and told me that they were financed by migrant family members who earned money in the cities. As my informant lives in a ramshackle wooden shack; he looked both jealous and envious.

Village life has become even less secure in recent years because of uncertainties of climate change. When farmers sow seeds in springtime they cannot be sure if there would be much harvest in the autumn. Young people have all left the village and the remaining adolescents wish they will soon look old enough so that they, too, can leave and travel far. Travel between cities and villages helped me see the tension villagers face.

‘Staying behind’ in the villages

So is there nothing in the villages to keep the people there? There is such a great urge in them to leave!

Not necessarily. I chatted with a young mother who came home for Lunar New Year. Soon she was in tears because her two-year-old did not recognise her and clung to the grandparents only. She could not believe that while she had left home to improve the family’s situation, she would in the end lose her family. There are those villagers who have tried by all means over a long time but still failed to recover hard-earned wages owed to them.

As a development worker, I always hope that whether the villagers have decided to stay or leave, CEDAR’s rural community development projects will give them timely help and more room for choice. I believe that urbanisation is not the only way for development and parents need not leave their children behind to go and work elsewhere. Even in villages people can explore possible development plans through projects such as husbandry breeding, organic farming, making fair trade handicrafts and setting up farmers’ cooperatives. It has been over 30 years since China’s reforms and opening up, and the first generation of migrant workers are now middle-aged; many of them have chosen to return home because of their age, family, and the government’s new rural policy.

49-year-old Gansu villager Zhang Zi-sheng says, ‘I worked in the city for over twenty years and I am now back home to devote myself to developing breeding and farming.’

48-year-old Hu Yun-jie from Hubei says, ‘I had been to many places and in the end I feel that home is the best place for my future; I can both look after my family and develop my village, here I can fulfil my parental responsibility of raising my children. Now that the Chinese government has quite a good rural policy and there is prospect for rural development; I am very hopeful for the future.’

35-year-old Tan Feng says, ‘I had gone away to work before, but I have decided to come back because my parents are getting old but my child is still young and needs looking after.’ As there is still a difference in the wages and development prospects between cities and villages, despite the hardships involved many are still migrating to cities.

30-year-old Ms. Li, now a waitress, followed her husband from Hubei to the city. ‘I left home for the sake of my children and family… I made the decision but I do not like it… I am not happy, there is no freedom working here, I don’t have my dreams and I have to listen to people’s orders.’

35-year-old Mr. Liu works in a supermarket in Kunming, Yunnan, ‘I had little choice but to work here. If something happens I will be left with nothing and no protection.’

As a socialist country, China’s labour regulations are very comprehensive but enforcement is slack. Apart from exploitation and unfair treatment, China’s household registration system also makes migrant workers second-class citizens, which means that regardless of how much they have contributed to the cities they are not eligible for medical treatment or children’s education benefits. Many migrant workers cannot adjust to the urban lifestyle, often homesick, and missing family. It is difficult for them to enjoy living in the city in cramped conditions.

Alone and away from home, it is very important that fellow villagers can support and watch out for each other when challenges, difficulties and disappointments arise. Currently CEDAR is actively promoting migrant workers projects, providing pre-departure training, teaching them labour rights based on past cases to raise their civic awareness. CEDAR also plans to set up networks so that migrant workers from the same or a neighbouring village support and help each other.

Today I do not get to walk around industrial sites or visit villages often, but I still bless those who travel between city and village. There are numerous possibilities between the two and I hope that they actually have the freedom to choose, and have a fair share of the fruits of development. I hope their lives will be happy and enriched, whether they be in the city or village.

If you care about migrant workers in China, you can:

Special thanks to CEDAR’s staff stationed in Hubei, Yunnan and Gansu for their help with the interviews.