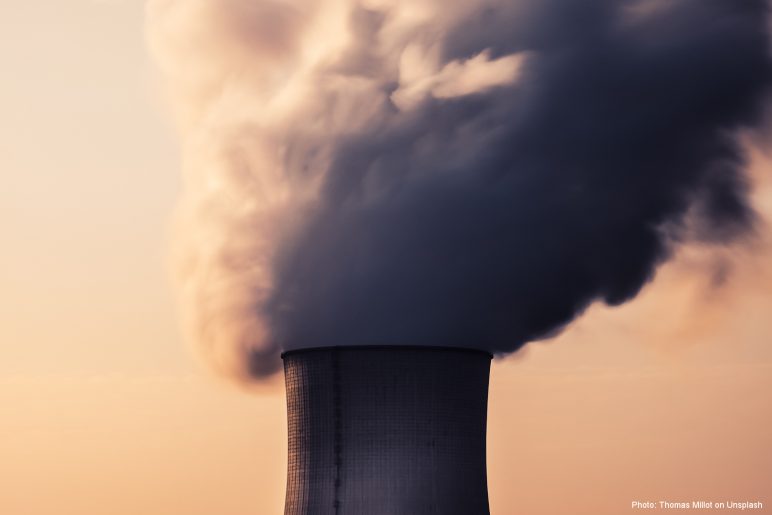 On 15 March, thousands of students from New Zealand, Australia, India, Thailand, and Hong Kong skipped school and took to the streets to protest against the collective inaction of governments and other world leaders on alleviating global warming. The wave of ongoing protests against climate change has spread across the globe since last Autumn. In an interview with foreign media in February, a French student who boycotted school said, “Why study for a future, which may not be there?”

This is somewhat true. In recent years, the United Nations has issued multiple warnings on the imminent threat of climate change: If the countries do not collaborate and adopt comprehensive policies to stop temperature rises, based on the current volume of greenhouse gas emissions, global temperatures will increase by 1.5°C by 2030. Once we reach the tipping point of a 2°C rise, the world will be plunged into an eco-catastrophe and our offspring will bear the consequences of their ancestors’ poor behaviours.

More than an Environmental Issue

Apart from damaging the well-being of our planet, climate change is also a cause of injustice. Global temperatures have been rising rapidly since the late 20th century and it is not due to natural causes. The main culprit is that in late industrialisation, a huge amount of fossil fuels were burnt when people tried to promote economic growth under the capitalist system. While riding the gravy train of the Industrial Revolution and enjoying the benefits of highly-industrialised economies, high-income countries have emitted a copious amount of greenhouse gases. These greenhouse gases can be retained in the atmosphere for hundreds of years and every country in the world would be affected. The lower-income countries take the hardest hit because they lack advanced infrastructure and are less competent in facing natural disasters.

Climate justice is about distributive justice – whether the benefits of environmental resources and the burden of environmental protection are equally distributed among countries. We should be clear that climate justice refers to equity and not equality, i.e. each stakeholder should obtain their rightful benefits and bear the corresponding responsibilities. When developed countries in Europe and America achieve enormous political and economic gains through exploiting natural resources, under-developed countries suffer the worst consequences of environmental degradation because of their limitations. They have the least resources to fight against climate change and this is a blatant example of climate injustice.

The global community recognised that developed and under-developed countries should bear common but differentiated responsibilities for climate change. However, many developed countries are reluctant to bear this historical responsibility. They would neither reduce carbon emissions drastically nor support lower-income countries in their fight against climate disasters. America has even withdrawn from the Paris Agreement on climate change mitigation based on their principle of “America First”. Under-privileged countries in Asia and Africa who are most susceptible to the destruction brought about by climate change can only bear the consequences of the aftermath. During the rainy seasons, many Asian countries are affected by torrential downpours, flooding and tropical cyclones. From August to October last year alone, CEDAR provided emergency relief services to four Asian countries, the events included earthquake and tsunami in Indonesia, typhoon in the Philippines, and flooding in India and Myanmar (was not appealed) [1]. These climate disasters occurred one after another, their scales have become larger and occurred more frequent. There is no excuse for us to do nothing, and we must do our best to help.

A Matter of Life and Death for the Poor

Kuki Rokhum, Director of Training and Mobilisation at the Evangelical Fellowship of India Commission on Relief (EFICOR), one of CEDAR’s working partners, once said, “For many poor people in India, climate change and the injustice that accompanies it means death.” [2] Over half of the working population in India are farmers and one third of the population live below the poverty line. Global warming has already reduced the Indian farmers’ crop yields. When climate disasters happen, these poor people who rely on natural resources often lose their livelihoods. In 2017, Tamil Nadu in southern India experienced the worst drought in 140 years and hundreds of farmers took their own lives under the financial pressure.

Faced with the same natural disasters, the rich can utilise their own resources and are thus better-equipped to minimise the impact caused by climate change. Contrarily, the poor have to support their families financially. They have no other choice but to stay in temporary refuge camps, move to the cities to look for work or escape to neighbouring countries and become “climate refugees”. Last year, the World Bank warned that if we do not put a stop to climate change effectively, over 140 million people will be forced to migrate within countries.

From the Christian perspective, the idea of justice originated from God’s request on His people to love their neighbours. This perspective plays an important role in the discussion of climate justice because it emphasises on the impact that an individual’s actions have on other people and the environment.

In that case, how does Christian justice embody in relationships of love? In the Bible, justice is often related to how the oppressed are treated. In other words, the situations of the powerless are often a reliable way to scrutinise the standard of justice in society. Similarly, on the issue of climate justice, the way developed countries ignore the negative impact climate changes have on the poorer countries and refuse to help them is not in alignment with Christian justice.

Rich countries over-consume of natural resources that led to global warming; multinational corporations operate against environmental protection regulations in the lands of developing countries, causing environmental pollution and damage to the residents’ health. All these are evil consequences of climate injustice.

Christianity calls for love and compassion in the face of climate injustice. We must reveal the crimes of global warming, focus our attention on the suffering borne by the poor and our planet and on helping the oppressed parties. We must look at the world from the perspective of the powerless, call for world leaders to care for the life and death of the poor and restore the loving human relations and the relationship between humans and nature. [4]

Today, our planet’s temperature rise is not far from the 1.5℃ mark. Last year, the world’s average temperature was 1℃ higher than that pre-industrial levels. According to the World Meteorological Organization, the hottest four years since the 19th century are the last four years.

The impact of climate change is global – extreme weather events, bio-diversity decreases and the food security under serious threat. The poor in the lower-income countries doubtlessly bear the brunt, but people who live in developed countries also cannot escape the consequences. Faced with nature’s fightback, students across the world have awakened. Do we hear the sorrowful cries of the Earth? Do we see that in this global village our fates are linked to those of the poor in other countries?

[4] The Climate Change Committee of the South African Council of Churches published “Climate Change – A Challenge to the Churches in South Africa” in 2009 for the purpose of strengthening the prophetic calling of churches to seek justice for the affected poor and respond the challenges posed by climate change.