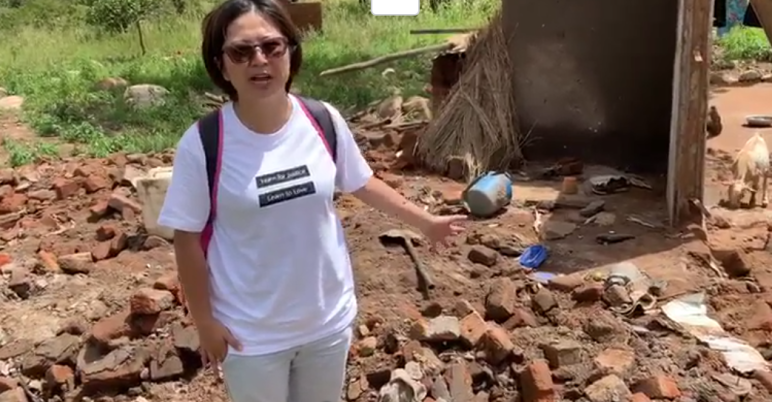 In mid-March, CEDAR shared on Facebook (Chinese only) about a trip in Zimbabwe in southern Africa. Zimbabwe was continuously hot and dry, and Zimbabweans discovered that a particular fruit was growing which indicated forthcoming drought. When villagers were still waiting for rains and hoping for harvests in April and May, the sudden attack of intense tropical cyclone Idai shattered not only their homes, but also their hearts. Expected drought became unexpected windstorm and floods.

(Video in Chinese only) Pui Shan, CEDAR’s staff, shares about situation in Buhera after Cyclone Idai

Cyclone Idai first destroyed a port city on the east of Mozambique with a wind speed of 170km/h. Then it moved inland to Zimbabwe and Malawi. As of 27 March, the cyclone had killed 468 people in Mozambique, 259 in Zimbabwe, and 56 in Malawi.

In early March, CEDAR’s staff arrived Buhera, a village on the east of Zimbabwe, to visit villagers. They expected an unsatisfactory harvest this year due to scarce amount of rains. They had already cut down their living expenses and had two meals a day, or even planned to eat one meal a day. However, as told by our local Christian partner, Evangelical Fellowship of Zimbabwe (EFZ) [1], villagers lost all their assets after the devastation of Idai. One meal a day became nearly impossible. Having heard about the aftermath of Idai, CEDAR’s staff revisited Buhera on 20 March. It was heartbroken to see collapsed bedrooms, a family of eight sheltered in a small kitchen, and even homeless for some villagers.

A mother of four, this lady has her house destroyed during 3 a.m. when the cyclone hit. She fainted when she saw her collapsed house. 5 days later, the water subsided, but her heart and soul was deeply wounded and could not eat for 2 days

A Bible found in the ruins

While revisiting Buhera, Pui Shan, one of our staff, stood right in front of the tree the farmer used to predict upcoming drought with its fruits, contrasting with the fact that this village was ruined by Idai though flood water had subsided. Pui Shan questioned, “When extreme climate happens, who is the culprit? The farmers, the most vulnerable group, are always the one facing the most adverse impact.”

Global warming results in increase in sea levels, followed by intensified extreme weather patterns, and magnifying power of climate disasters. Cyclone Idai in southern Africa was described as one of the most severe meteorological calamities in the Southern Hemisphere. Around 1.8 million people were affected. The poor are always the first group of victims in anthropocentric climate change.

CEDAR’s educational theme of the third week of Lent is Climate Justice. We call for your care, concern, and prayers for people who are affected by climate disasters. We are closely monitoring the situation in Zimbabwe. Should there be any updates of our work, we will announce as soon as possible.

[2] “Emergency Relief and Disaster Preparedness Fund”, was set up to respond to immediate needs, and support disaster mitigation in poor nations affected by climate disaster. If you would like to support our disaster response and mitigation work, please go to: http://bit.ly/ecedar-donate (Choose “Relief” to support our “Emergency Relief and Disaster Preparedness Fund”)