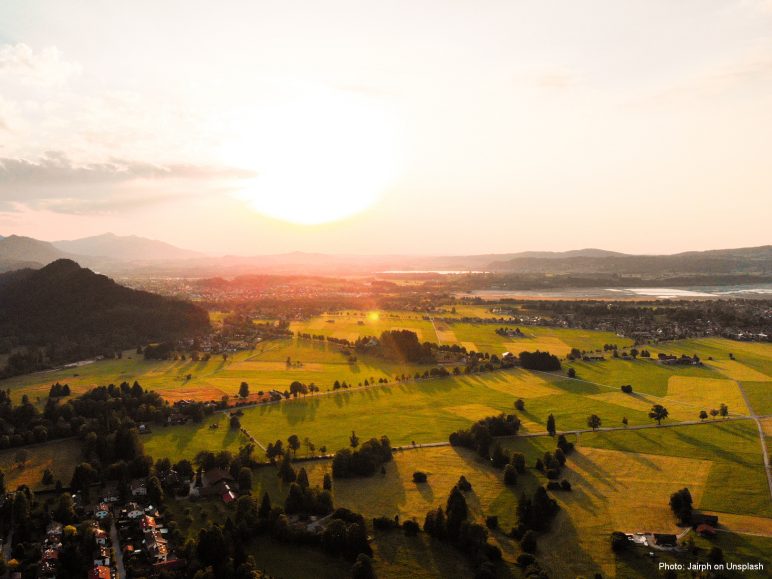 God and His Creations

“Since what may be known about God is plain to them, because God has made it plain to them. For since the creation of the world God’s invisible qualities—his eternal power and divine nature—have been clearly seen, being understood from what has been made, so that people are without excuse.” – Romans 1:19-20

When Apostle Paul explain the gospel to the church in Rome, he pointed out that the created world manifest God’s eternal power and divine nature, and no one can hold excuses against it. In the Old Testament, the writers wrote numerous times about the world’s creations to praise God, for example, in Psalm 8:3-4: “When I consider your heavens, the work of your fingers, the moon and the stars, which you have set in place, what is mankind that you are mindful of them, human beings that you care for them?” Man can glimpse the glory of God through the created world, and knew that he himself was also part of the creations. Man and all things in the heavens, on earth, and in the seas belong to and sustain by the Creator.

When God created mankind , he commanded: “Be fruitful and increase in number; fill the earth and subdue it. Rule over the fish in the sea and the birds in the sky and over every living creature that moves on the ground.”(Gen. 1:28). The words “subdue, rule over” often give the impression that man are of superior position than other creatures; thus, man has all the rights to splurge earthly resources excessively on development and economic reasons, overlooking the well-being of other creations.

In Genesis 2:7, God named the man He created Adam (adamah in Hebrew), meaning “earth” or “soil, which tells us that the inseparable relationship of man and the earth – man is made of dust from the ground and shall return to the ground as dust. Humans are part of the earth’s creations and we should not perceive ourselves as the master of creations that we can mindlessly abuse the earth’s resources and other creatures. In verse 15, God placed the man in the Garden of Eden to “work it and take care of it”, and He had given rules to the man. We learned from this verse that God originally entrusted man with the land, to take care of His garden and His creations. Yet, man sinned against God, making himself greater than God; as a result, all creations suffer (Gen. 3:17-18; Rom. 8:19-22). Then, Jesus came to the earth to save the world and reconcile to himself all things (Col. 1:20).

“Environmentalism” or “Environmental protection” sums up the actions taken to protect and preserve the environment from being exploited and polluted. When people look at the environment as the primary subject, people will do all they can to avoid any harmful impacts on the nature and animal species, for example, recent green movements include promoting “Zero Waste” lifestyle, minimal consumption, and vegetarian diet. Some people even argue to go child-free for the environment, to avoid man-made resource depletion and environmental waste. Yet, the idea of “Creation Care”goes beyond the environment per se, and points us back to the Creator. Out of love for God and His Creations, we take good care of and treasure other creations, and believe that these actions abide with the gospel – Jesus’ salvation to the world. The subject of Creation Care is not merely the natural environment, but also our neighbours, God, and ourselves. It reestablishes God’s original intention and order for His Creations and restores wholeness – the state of Shalom.

To help brothers and sisters to continue contemplate on the topic, we have set out themes for the next 7 weeks to facilitate individuals or cell groups to discuss and learn more about Creation Care. During Lent, you could use the “Creation Care: Simple Living．Carbon Fast” Practicing Calendar* to guide yourself into a simpler and low-carbon lifestyle (detailed instructions* will be published daily on CEDAR’s Facebook/Instagram).

*These materials are available in Chinese only, but there will be bi-weekly articles available in both English and Chinese

Learn more about the campaign (in Chinese only)