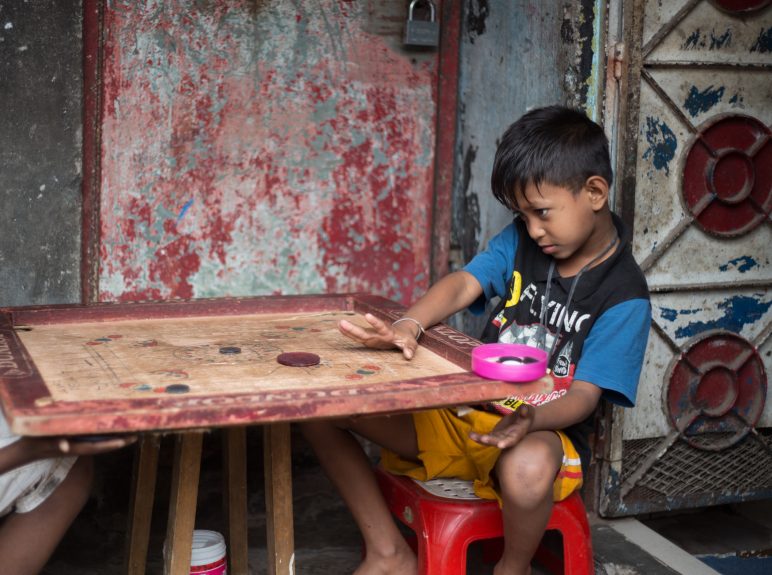 “How many clothes do you have in your wardrobe?”

You probably don’t remember the exact number, and you’d probably say: “I don’t know.” The truth is possibly that there are numerous items.

Like many people in Hong Kong, The Rev. Eugene Leung owns more clothes than he needs. When a staff from CEDAR raised the question at a church gathering, The Reverend, who was present, realised that he owned the most clothes.

That said, isn’t it normal to own more than what you need?

Eugene Leung said, “I’d never thought about whether I needed that many clothes. The way the fashion industry works these days is that when I’m replacing my old clothes with new ones so quickly, I’m actually (indirectly) exacerbating the oppression of the factory workers in many developing countries.”

Social justice in fashion has long been a global initiative. In 2013, a factory collapsed in Bangladesh that caused over a thousand deaths exposed fashion brands sacrificing the safety of factory workers in exchange for lower production costs. In August last year, CEDAR’s staff, Tony, went to E.F.C.C. Jachin Church (Jachin Church), where Eugene served, and discussed with teenagers and young adults about the relationship between individual consumption and biblical justice.

Tony said, “I talked to them about Isaiah 58:5-7 and we discussed the type of godliness that pleases the Lord. We then watched a documentary and reflected on the devastating consequences that our individual consumption may have. These heavy prices are often paid by the environment, which does not have a voice, and the voiceless workers and poverty-stricken people in developing countries.” He continued, “Before we buy cheap and fashionable clothes, can we stop and think about how they are made and by whom? Can we consume responsibly?”

“The youngsters and I have had some deep self-reflections. I used to think that being environmentally-friendly is a personal lifestyle choice. After hearing Tony’s sharing, I realised that if I don’t protect the environment, I’m actually inflicting pain and suffering on others in developing countries,” said Eugene.

In Eugene’s opinion, it is against the teaching of the Bible for us to ignore or even increase the suffering of others for the sake of our own pleasure. In other words, it is not acceptable by the Christian faith if the impoverished have to “pay the price” to satisfy our desires.

Education needs persistent efforts and an opportunity to apply the knowledge learned to the real world. Apart from the sharing session on social justice in fashion, CEDAR also held a human trafficking experiential activity in the Jachin Church’s youth camp. In addition, CEDAR also promoted the message of caring for the poor in two youth worship sessions. Through different channels, we tried to broaden the young people’s religious horizons and encouraged them to practise what they believe.

Eugene said there have been noticeable changes in the young people’s behaviour after a whole year’s effort. Some requested not to use disposable cutlery; whilst others tried to use less air-conditioning. One of the youth groups even decided to feast less and cut their Christmas party budget by a quarter so that they could donate the rest to support CEDAR’s work.

“You Didn’t Go Shopping Again, Did You?”

An example that demonstrated the change in the youngsters most perhaps is this one: Eugene posted a “snap” of his outfit on Snapchat one day, and a teenager immediately replied, “You didn’t go clothes-shopping again, did you?” As a pastor, Eugene was very pleased, even though the clothes in the photo were old.

Young people learn from their peers. When the youngsters from Jachin Church learned that some Christian workers were risking their lives to fight against injustice and to help the oppressed in other countries, they felt that it was their duty to do something to help and be involved – they either made donations to CEDAR or encouraged their friends to act responsibly in their daily lives and social activities.

This is why CEDAR persists in educating the younger generations in churches.

Sadly, in a utilitarian society like Hong Kong, teaching students to care for the poor – especially those in Africa and other parts of Asia, seems unwelcome. Isn’t it irrelevant to talk to them about the needs of the impoverished people overseas while they are busy studying and preparing for exams? Isn’t focusing on their studies and scoring the best grades in school a student’s priority?

There were similar inquiries when churches partner with CEDAR, though caring for the poor and studying should never have been put at opposite ends of the scale.

Eugene said decisively, “It’s exactly because teenagers are going through the ‘moulding stage’ that is important to help them establish the correct values and put these values into practise. If we only make them feel happy and comfortable in church, and if we only care about their studies and their future careers, then their moral values would not be “moulded” by our faith.”

It will be too late for the church to provide them with discipleship training after they have grown up and started work.

The bottom line is, what do we want our teenagers to be like? Most importantly, what types of life choices are the preachers demonstrating in front of these down-to-earth, aspiring young Christians?

“Collaborating with CEDAR has changed me significantly as a preacher. I realised that when a preacher learns to love the environment and makes changes in their lifestyle, they can motivate other church-goers to do the same and bring about positive changes to the whole community. We can all spur each other on in our religious quest.”
– Eugene Leung

It is essential to practise what you preach.