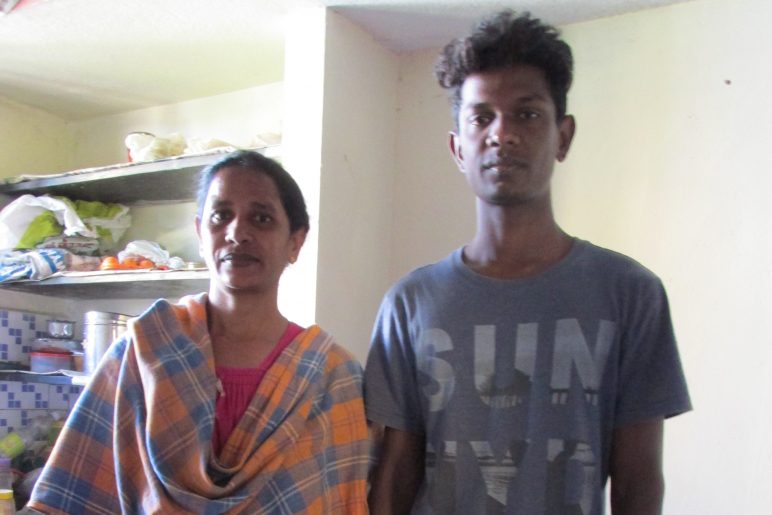 Situated in southern India, Chennai is the sixth biggest city in the country. It is the cultural, economic, and academic hub of South India. Many travel websites named Chennai as “hottest city for travellers” and one of the “best cosmopolitan city”, attracting numerous tourists and expats. However, behind the prosperity are families in slums struggling with everyday living.

Stricken by poverty, children and teenagers from slum communities face the threats of dropping out of schools, being physically and psychologically abused, and being malnourished. Through local partner Christian Missions Charitable Trust, we sponsored 240 children and teenagers in eight slums. We support four areas of their growth and development: cognitive, socio-emotional, spiritual, and physical. At the same time, we facilitate mothers to form women’s groups and savings groups.

Ajay has been sponsored for over 10 years. He is now studying his first year of university. His father had poor health and had a habit of alcohol abuse. Ajay’s mother was the family’s only breadwinner. But how could the meager income be enough to make a living? Ajay later received sponsorship, which eased part of his mother’s burden. He and his brother studied hard and got admitted to university. Thank God for intervening in their family! Ajay’s mother became a believer and goes to church with her sons every Sunday. Ajay’s father is now a driver and is able to earn an income to support the family. Also, Ajay regularly participates in various activities, retreats, and camps.

If Ajay did not receive sponsorship, his mother might still be working arduously. He and his brother might not study university but quit school to work to support the family at young age. And due to the lack of knowledge and skills, they might earn a little and have a dim prospect. But today, their family and lives have been changed, and they can face the future with hope.