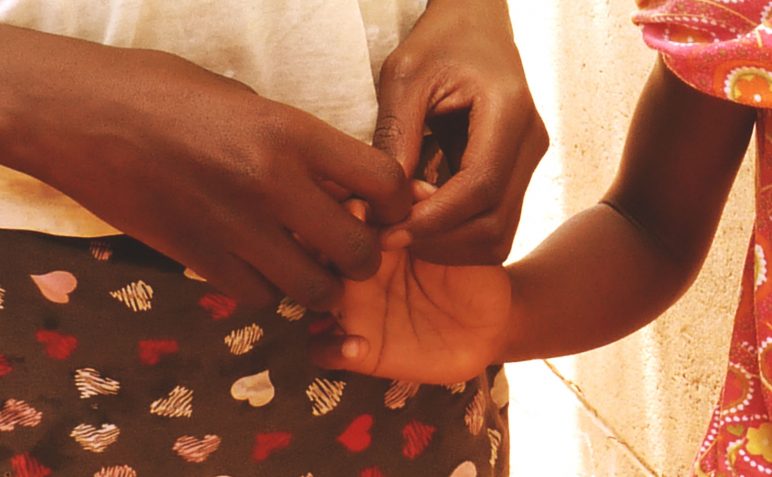 “I heard you in the garden, and I was afraid because I was naked; so I hid.”

“Who told you that you were naked? Have you eaten from the tree that I commanded you not to eat from?”

“The woman you put here with me – she gave me some fruit from the tree, and I ate it.”

The above scene (Genesis 3:9-12), well-known by every Christian, documents the event when men and God’s relationship went from perfect intimacy to complete distant. As Adam accused “the woman you put here with me”, relationship among humans had also become distorted. Then, men and land were cursed. Sin made the world a broken world plagued with poverty, warfare, and exploitation of resources.

Often, we describe CEDAR as a development organisation, but we believe what we actually do is the ministry of reconciliation. Through the work of CEDAR and overseas partners, we hope to urge men to reconcile with God, others, the land, and with themselves; then, we would be able to break the chain of poverty.

Back to His Intention

CEDAR’s Zimbabwe partner, Foundations for Farming (FfF) shares a similar vision. Brian Oldreive, FfF’s founder, saw that Africa was a land blessed with abundant resources, yet it had been in poverty and hunger for so long. He began to realise that they had not been fulfilling their role as stewards of this land of abundance given by God. Under God’s guidance, he founded FfF to help the poor and marginalised farmers based on the foundation of God’s words, teaching them to farm in God’s way.

Last year, 30 San people participated in a 2-week training by FfF which was supported by CEDAR. The San tribe is one of the smallest tribes in western Zimbabwe. They lived in a forest and have traditionally been hunters and gatherers, so they did not have any knowledge in farming. They seldom had connection with the outside world and lived in poverty, as the society thought they are lowly and arbitrary.

We believe that one should first reconcile with God, addressing the poverty at heart, then he/she would be able to deal with poverty in real life. Agricultural training is only part of our partner’s work. A holistic transformation of the participants’ lives is what we want to achieve. FfF helps participants to see themselves and others in God’s eyes and experience the Father’s love by studying the Bible with them and learning about God’s intention for His Creations, the Fall of men, and Christ’s salvation. The course also goes through faith, finances, and family with the participants, so they can review their lives and relationships and become a good steward.

On the first lesson of farming, FfF lays down four principles for farming based on God’s words and characters: On time, At standard, No waste, and With joy. Because when we are willing to follow these principles to farm, we will surely reap a good harvest.

Since men and the land were cursed, the relationship became a bondage. Humans tend to use quick and easy ways to farm like using chemical pesticides, slash-and-burn to prepare agriculture land, etc. Yet, these methods destroyed the ecology of the soil and land. Hence, FfF taught students to live in harmony with the land, so that the land would no longer be abused and men could depend on the land’s produce.

In an agroforestry session, participants from the San tribe did not see the value of growing trees around the field. A man in his early 40s expressed that he cut nearly 100 trees a month. When asked, “Do you know that the forest will disappear if you continue to cut trees?”, they all said: “Impossible. This would not happen!” This was because the group lived in the bush, their daily lives were surrounded by trees, so they did not think the forest would vanish. The lesson opened their eyes to see the consequence of everything they do to the environment, and to realise the importance of having trees would benefit their farming activities. This helped them to rebuild their relationship with the land and environment.

Besides agricultural knowledge, they also talked about finances and family in classes to review how these affect their relationship with neighbours and their partners. On the money lesson, most of the participants thought that financial management is for rich people, so they rarely did budgeting for their expenses and ended up borrowing money from others. A student shared that he promised to pay back his debt when he borrowed the money, but he was not able to fulfill his promise and ended up in a village court. Financial debt becomes a bondage between people and the chains for oneself. We hope that students would have a mindset that everything they own are given by God, regardless of how much we own, poor or rich, we are commanded to be a faithful steward. FfF encourages participants to do financial planning with their partner and practise a habit of savings; and stresses that they should end the practice of money-borrowing, removing the stumbling block between themselves and others. Just as the parable of the talents concluded: For whoever has will be given more, and they will have an abundance. Whoever does not have, even what they have will be taken from them (Matthew 25:29).

In a session about marriage, the majority of the group agreed that they should stick together with their spouse through thick and thin, but our partner discovered that this was not what they practised. They said if one married a woman and she failed to conceive, the man had the right to divorce her or marry another wife. They thought that the blame fell on the woman, not the man. The session helped them to go back to God’s word and reestablish their concept of marriage and restore their relationship with their spouse. When two people are married, they are united as one flesh. Both are to be honest and faithful to their other half, restoring their relationship as God intended for Adam and Eve. The two are equal in the marriage and shall build a strong family together. At the end, how we treat natural resources, money, or our marriage reflects how we relate to the land and other people including our loved ones. These relationships would influence the way a family, a society, and the world develop.

Ending Poverty and The Mission of Reconciliation

FfF designs their training with a strong Biblical framework to help San people become disciples of Christ who know God and themselves well, and would examine their lives and relationships. Agricultural training helped them to understand the relationship of men and land is not just a one-way relationship where men extract resources from the land, but to honour God’s will for men and land to live in harmony. As they learned about financial management, it not only helped them to recognise the importance of managing their money, but also to stop borrowing and become debt-free, so they and their neighbours will no longer live in tension. After learning about God’s intention for family and marriage, they can build their house with love and truth. Our vision is that all relationships will make right under the love of God, no longer will there be curses, slavery, inequality in relationships; ultimately, poverty and injustice could be eradicated. We believe that Christ gave the Church a mission of reconciliation. May the Holy Spirit move you and I to first start on our own and be reconciled to God, ourselves, others, and the land. Will you make things right?