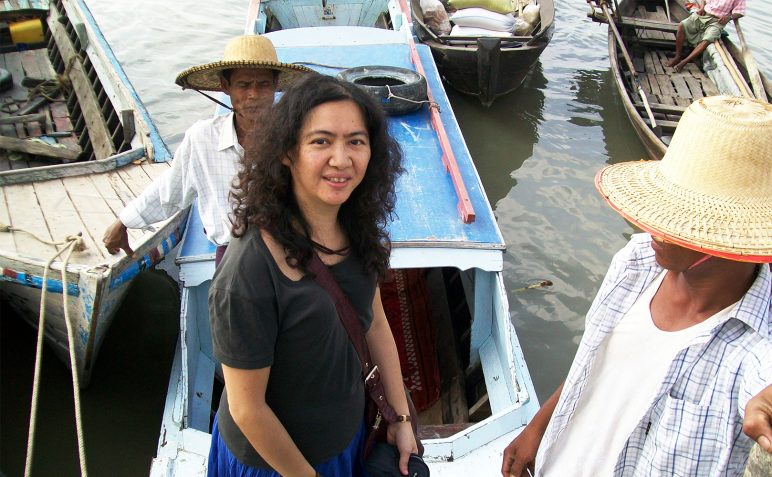 We are in the midst of a global refugee crisis. From Syria to Iraq, DR Congo to Yemen, and today we are witnessing the world’s largest growing refugee influx across the border of Bangladesh after violence broke out at northern part of Myanmar in Rakhine State in late August last year. As of 12 November 2017, the UN estimated that over 610,000 people have fled to Myanmar and the number is still growing. How do we react to all the violence and suffering in the world when their impact comes so strong and destructive?

In the book of Lamentation we read of the prophet’s despair and distress as he witnessed the fall of Jerusalem by the siege of the Babylonians. Children begged for food, princess became forced labourers, starvation was so bad that women had boiled their own children as food to eat. The prophet expressed his sorrow by crying out in tears, crying for the destruction and crying for God to intervene: “My eyes flow with rivers of tears because of the destruction of the daughter of my people. My eyes will flow without ceasing, without respite, until the Lord from heaven looks down and sees” (Lamentation 3:48-50) How often do we weep in tears for the suffering and injustice around us till He looks down from heaven?

I believe there is power in our tears. In the story of Hagar and Ishmael in Genesis 21:15-18, we see how God has responded to their cries. In a seemingly hopeless situation the voice of the young boy and Hagar’s weeping moved God to bring about change in the circumstance. There are many modern day Hagars and Ishmaels who are expelled, despised, unwanted or forced to abandon their homes and land. Let us pray and cry with them and believe those who sow in tears will reap in joy. (Psalm 126:5)

As a development practitioner, if we want to bring hope to those we serve, we ourselves must believe that there is still hope in desperate situation. In the case of the Rohingya refugee crisis, there is no sight it is going to end soon. In fact, according to one source, it takes an average of 17 years before a refugee returns home or resettles in a new place. However the resilience, creativity, and self-empowerment of refugees living in camps are usually very strong particularly if they are given the opportunity. A holistic approach can be adopted, just like any other community development work, to cover humanitarian action, protection, and development. Refugees could be included into the national development plans of host countries, to help them live in dignity, contribute and find hope by, for example, providing refugees land to farm and allowing them to move freely and run businesses.

In a world in turmoil, we need to have sight of faith to spread hope where others find pain, we give hope and direction. For the Government of Bangladesh and the Rohingya people, the path to rehabilitation and recovery is going to take many years, and throughout the process, there will be many sorrow. Remember the Lord keeps track of our sorrow. He will collect all our tears in a bottle and record each one in our own book. (Psalm 56:8) The day will come when He will reconcile our book of tears and he will bring restoration.