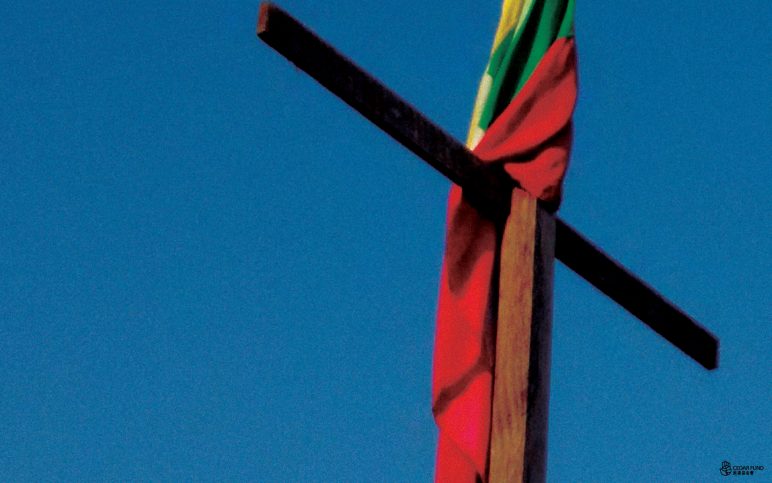 The act of poverty alleviation often gives the impression of aid workers carrying with them gifts of livestock and funds sponsoring children and their education to some remote villages. However, have you ever considered that the local churches are better suited in bringing continued and sustainable development and support to the people in need?

To address the root causes of poverty for the poor, we must help the poor learn how to fish instead of relying on outsiders’ help. To prevent dependency on foreign aid, which would consequently hinder community growth, the average span of a development project is usually five to 10 years, and the development organisation will exit the scene once development goals are fulfilled. Local churches are made up of local people, and the church is part of the community which has resources readily available for community development. So the church itself has the power to drive social changes.

Starting from 2013, CEDAR has been supporting and equipping churches in Nepal, Myanmar, and Bangladesh with Bible-based community development knowledge and techniques. Despite community development progress, we humbly learned that God always has a specific plan for every church, community, and believer that brings unique transformation.

Myanmar: From Scattered to Linked
Among the 150 families in the Ok Kyin village of Ayeyawaddy in southern Myanmar, the majority are Buddhists, only 15 families are Christians and another 15 families are Catholics. Most of them are farmers whose young ones have gone to work in surrounding towns or in Yangon. Our partner, the Myanmar Baptist Convention (MBC), started hosting trainings in the region since 2011 which helped churches to connect with the local community.

“The weekly Bible study helped us understand the Bible, and as a result, there has been a revival in our village and more unity,” says one of the Christian trainees. The pastor who joined the training started partnering with a Catholic church and held youth events that encouraged youths with different faiths to connect. They were also encouraged to try new things, such as making soap and bamboo vinegar, hence, bringing new income for the village and churches.

Since 2015, MBC extended its support to local churches. They began to equip churches to become sustainable drivers of community development, responding to issues such as poverty, child rights, Disaster Risk Reduction (DRR), gender equality, public health, and environmental protection. We gladly witnessed churches realising their visions and roles in the community after second stage of training. They have since set up self-help groups with community members, communicated with government about their problems, and even led the disaster relief for the region last year.

Nepal: From Individual to Community
Nepal has one of the fastest-growing Christian populations in the world, but the numbers did not correlate to the level of connections between the church and the community.

“Have you ever experienced hate, bias, exclusion, and discrimination from society?” asks Pastor Dev Bahadur Rana, whose neighbors in his village, out of fear of punishment, cut ties with him as a result of his faith in Christ. No one offer any help when crop fails and when he got sick. He lived years of social exclusion until more families in his village come to Christ. But his experience has planted bitterness, hatred, and revenge in his heart.

What CEDAR and its partners are after have always been more than mere development, but we also hope to facilitate reconciliation to mend broken relationships between man and God, himself, others, the society, and the earth, caused by poverty and injustice. We saw God’s plan through this Nepali Pastor to not only use the church’s advocacy and action to bring hope to the poor, but also to use His servant’s life to bring about reconciliation and development.

Pastor Dev Bahadur Rana’s church participated the church training programme held by CEDAR’s partner, United Mission to Nepal (UMN). The Bible study and training inspired him to reconsider the true calling from God, “I should not just become a pastor of the church but a pastor for all, the salt and light of the world.” He began to slowly let go of his deep-seated hatred and forgave the ones who discriminated against him. He started to work with different people to serve the community. He led the electricity generation project for his village, making use of nearby river. He also advocated for Creation Care among the believers and planted tree saplings in the forest and along the roads.

There are around 10,000 churches in Nepal, many of which are in remote villages. UMN believes that the rural churches, if being exposed to and mobilised by Integral Mission, would become indispensable development power of their respective communities through teaching, responding, serving, and following God’s lead.

Besides preparing Integral Mission training materials and providing training for the churches, CEDAR has supported UMN in developing community leaders and in utilising their own resources to serve the poor. We also train young Christians, especially those from remote areas and poor families, to become the long-term community developmental leaders.

Bangladesh: Loving the Church, Caring the Community
Bangladesh is one of the slower developing countries in South Asia, impacted by poverty, political instability, and constant natural disasters. Christians make up 0.3% of the population, most of whom struggle to put food on their table, which affects their church lives, and causes dependency on aid. Tearfund Bangladesh (TFB), one of CEDAR’s partners, started training the local churches in 2011 by first reestablishing their spiritual lives through regular Bible studies, then further planning to bring practical changes within and outside the church.

Tusher and his wife, Shipra, are faith leaders in their church. After the training, they started a Bible study group to encourage believers to love God and their neighbours. They also set up a women self-help group to regularly save money, manage their resources, and support the community. They later used the saved money to buy 6 goats and 6 pigs and lend them to the impoverished women in the community. They made some profit from the livestock, and they are planning to keep it up and serve their community in more ways.

Salomi’s church was also a participant of the training. She experienced firsthand the blessing that came from her church practising the teaching of “love thy neighbours”. She was a member of the church’s prayer group, and she fell seriously ill that required a medical expenditure she and her husband could not afford. When the church heard about her situation, the members donated faithfully and sent her to hospital for treatment. “I’m so blessed here. The teaching of ‘love thy neighbours’ is truly transformational!” says Salomi.

The Mission of Christ’s Church
Christ has set up the Church on earth as His body, and commended it to follow the Holy Spirit in extending His work on earth—to proclaim good news to the poor, to proclaim freedom for the prisoners and recovery of sight for the blind, to set the oppressed free, and to proclaim the year of the Lord’s favour (Luke 4:18-19). May God exercise His love and justice through His church; may CEDAR and all its partnering organisations and churches around the world continue to follow God humbly and faithfully for His Mission.