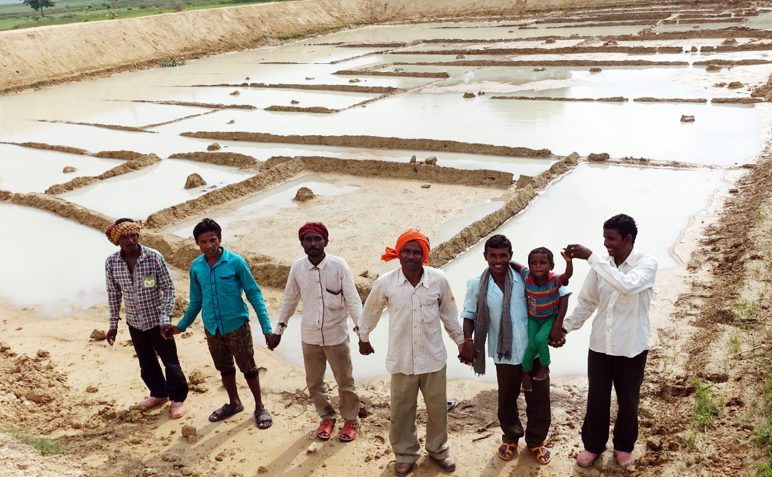 Farmers taking a picture in front of reservoirs of the village

Extreme weather has caused frequent disasters around the globe. Central India is one of the areas heavily affected by the lack of precipitation, the farmers there are experiencing a painfully prolonged drought. In the Chitrakoot district where an alarmingly low level of rain has been recorded for 3 straight years. Men of the farming families were forced to look for other jobs in other regions, while the children and women were left behind with a depressive economy with seemingly no end to it.