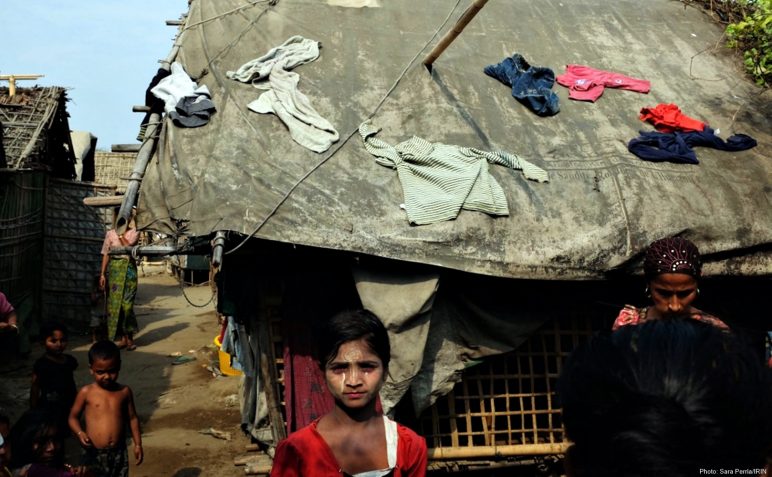 Later the Burmese army announced on May 23 that its own domestic investigations into alleged military abuses uncovered no wrongdoing except in two minor incidents. The investigation team also concluded that the allegations against the army in a report by the UN Office of the High Commissioner for Human Rights were either “totally wrong” or “found to be untrue due to false accusations and exaggerations.”  Such denials of well-documented abuses since October 2016 show unvarnished contempt for truth, accountability, and respect for human rights. This demonstrates the urgent need for Aung San Suu Kyi’s government to allow the United Nations mission unfettered access to conflict areas.

The UN, Human Rights Watch, and others have documented numerous serious human rights violations committed by Burmese security forces against the Rohingya in Rakhine State following the October 9, 2016 attacks on three police outposts. Documented incidents include extrajudicial killings, the rape of women and girls, and the burning of at least 1,500 structures. The violence caused massive displacement, with more than 70,000 fleeing to Bangladesh and more than 20,000 temporarily internally displaced.  A report issued by the Office of the High Commissioner for Human Rights on February 3, concluded that the attacks against the Rohingya “very likely” amounted to the commission of crimes against humanity.

The Burmese government established four separate commissions to investigate the violence, none of which have been credible or impartial.  In March, the UN Human Rights Council resolved to establish an independent international fact-finding mission to investigate allegations of recent human rights abuses in Burma, especially in Rakhine State. The Burmese government has not said whether it will grant access to the mission.

Past Burmese government investigations have exposed deep methodological flaws and lack of care for victims and the collection of accurate testimonies. According to reports, testimony, and publicly released footage, the Burmese investigators badgered villagers, argued with them, told them not to say things, accused them of lying, and interviewed victims – including rape survivors – in large groups where confidentiality was not provided.

“Merciless enemies, Lord,
are hiding and plotting,
hoping to kill me.
I have not hurt them
in any way at all.

But they are ready to attack.
Do something! Help me!
Look at what’s happening.

Lord God All-Powerful,
you are the God of Israel.
Punish the other nations
and don’t pity those terrible
and rebellious people.”

Innocent and powerless people are being attacked and killed by merciless and cunning murderers.  Their last breath is spent on praying to the Lord God.  What do they pray for?  What will the murderers and the international community learn?