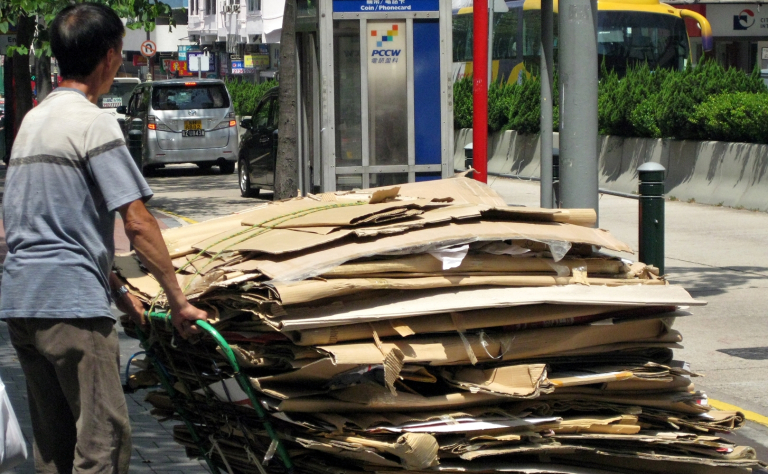 A common response to Jesus’ words in Matthew 26:11 that we often hear is that, “Why should we prioritize helping the poor over evangelizing?” Such argument has dwindled in recent years (people might just have been too embarrassed to talk about it publicly) until Rick Perry, one of the 2016 US president candidates, Texas’ former head of state, and a conservative Christian, definitively reciprocated the exact thoughts while being interviewed by the Washington Post about the large income gap in Texas. Today we are going to take a closer look into some possible explanations of this verse.

The Bible did not treat poverty in urban and rural areas separately, hence we shall first get a better understanding of the word “poverty”, then apply it in the context of the suburbs, and lastly, we will talk about how could we respond.

In the New Testament, the Greek words that will be translated into “poverty” is either “penes” or “ptochos”:

We could say that when the Bible talks about poverty, it does not simply depict the manifestation of it, but rather the reasons—mainly caused by the surrounding people and the society—of it, such that the poor are to be thought of as being impoverished.

We could find even more support for this view in the Old Testament, where there are around 10 Hebrew words that are translated into different variations of “poor”. The Bible focused much more on the person than on his/her poverty, that it inclusively described the root of poverty being sin, through illustrating different situations that surround the poor. The following examples are far from exhausted:

We could safely say that the Bible thinks poverty in similar terms in the context of either the city or the country side. The situation is simpler for those in the country side. They have a simpler way of earning through labor, and the possible sources of oppression are almost exclusively the government and authorities who might collect unreasonable taxes and fees.

But how about those in the cities? An interesting observation is that the narrative of the Bible started in a garden (Eden), and ended in a city (New Jerusalem). The first mention of a city-like settlement is in Genesis 4, where Cain was forsaken by God and settled in the East of Eden after murdering Abel. His son, Enoch, was born, and Cain named the city after his son; his settling down might be an attempt to escape from God, or to avoid being a “restless wanderer on the earth.” (Genesis 4:12) Once Noah passed away, the people said, “‘Come, let us build ourselves a city, with a tower that reaches to the heavens, so that we may make a name for ourselves; otherwise we will be scattered over the face of the whole earth.’” (Genesis 11:4) The Hebrew for “Babel” is the same word for “Babylon”. Historically, the formation of human settlements seems to have always started with men’s disobedience, and sustained via their continued sins.

Each city has its unique compositions that makes it vulnerable to specific sins, some might be more violent or into idolatry, while others might be more sexually loose and lack abstinence in a lot of aspects, but a consistent sin of the cities is that they would universally oppress the weak and poor among them—the result of the collective rejection of God by the leaders and people living within. “See how the faithful city has become a prostitute! She once was full of justice; righteousness used to dwell in her—but now murderers… Your rulers are rebels, partners with thieves; they all love bribes and chase after gifts. They do not defend the cause of the fatherless; the widow’s case does not come before them.” (Isiah 1:21-23) Such portrayal of the situation of ancient Israel is just as applicable to the nations today! How our homes have grown into high density settlements that blend together the economics, culture, religion, and politics, that promote competitiveness between people and causing the interpersonal distance via countless power struggles and oppressions because of greed. How easy it is for us to be corrupted when one person or a group begin to forego their dignity for their gains!

The Bible has provided a solution to this specific problem through a restorative economy, the most representative verses of which could be found in Leviticus 25 and Deuteronomy 15 about the year of Sabbath and the Year for canceling debts. The basis and focus of the laws in the Bible has always been on the relationship between God, man, and the land. The biblical law instructed us to cancel others’ debts and interests, to release them back to freedom and to their lands so they could rest, and to property treat our servants, maids, workers, migrant laborers, and even live stocks and wild animals. Such law forbade the possibility for any of us to accumulate an insurmountable amount of properties and workers. “However, there need be no poor people among you… if only you fully obey the Lord your God and are careful to follow all these commands I am giving you today.” (Deuteronomy 15:4-5)

Sadly, we could not even trace how many years of canceling debts had Israel carried out. For what we know, it was no longer observed since Assyria conquered the northern kingdom of Israel and forced the 12 tribes to scatter. Today, the poor is still among every one of us in every city, struggling with the ever-increasing income gap and ongoing inhumane oppressions.

Let us look at the story of Mary who anointed Jesus with a jar of pure nard perfume. The event was mentioned in 3 of the gospels, and through comparison we could gain a clear picture. First, we should take note in the ways Jesus would use when referring to the OT. Historically, there were 4 common ways (PaRDes) to interpret the Bible among the Jewish rabbis: 1) Pesphat—to interpret the text literally, the plain meaning, 2) Remez—to take the figurative meaning of the text, a hint, 3) Derash—to find the meaning through reflection and pertinent thinking, the search and 4) Sod—to accept the text itself as a mystery, the secret. In this incident, Jesus referred to the OT using the Remez method, where most of the listeners (Jewish who were well-versed in Biblical knowledge) would certainly recall the context of the referred text, while the remaining audience might have different takeaways—herein exhibiting Jesus’ great wisdom and authority.

Jesus was referring to Deuteronomy 15:11, “There will always be poor people in the land. Therefore I command you to be openhanded toward your fellow Israelites who are poor and needy in your land,” when He said, “The poor you will always have with you, but you will not always have me.” (Matthew 26:11) Here we could see more than one teaching:

Jesus knew clear as day what everyone in the room was thinking, and he addressed that perfectly with just a few words and a verse from the scripture. Will we Christians in the present still choose to ignore what God has in mind? If the poor we will always have with us, then, “If anyone is poor among your fellow Israelites in any of the towns of the land the Lord your God is giving you, do not be hardhearted or tightfisted toward them. Rather, be openhanded and freely lend them whatever they need.” (Deuteronomy 15:7-8)