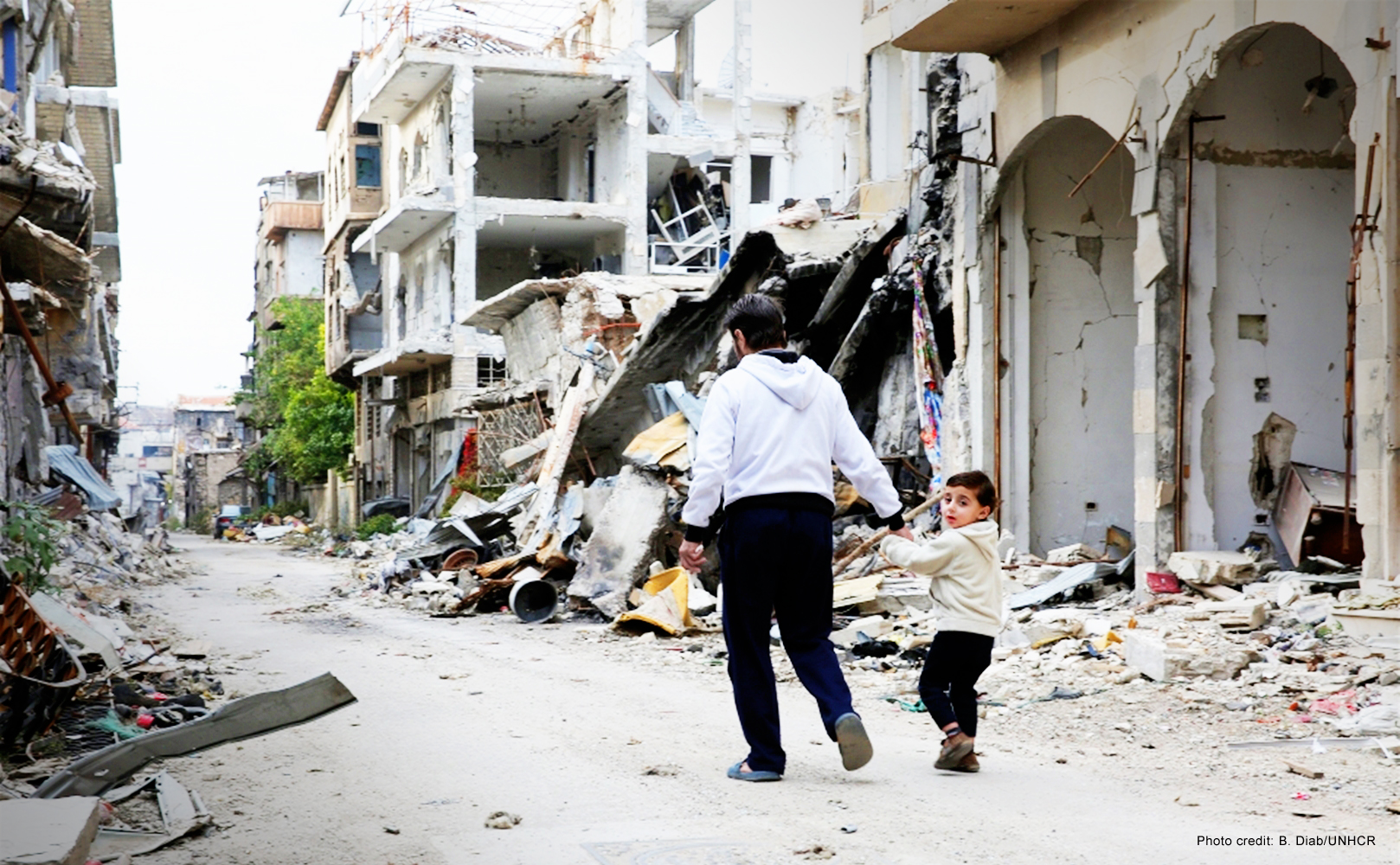 The four-year crisis in Syria is devastating. Suffering includes not only the loss of lives and properties, ruined economy, but also crippling poverty impacts on the communities. Some aid organisations and policy experts reveal that at least every four out of five Syrians are in poverty, traditional humanitarian aid, while necessary, just isn’t enough.

In the country’s northeast, once known as Syria’s breadbasket, agricultural production has dropped sharply, and farmers have been battered from all sides. Displacement caused by shifting frontlines has resulted in missed harvest and planting seasons – in total 6.6 million Syrians have been internally displaced by the violence inside their country. People who returned to areas vacated by the Islamic State, for example, have come home to neglected soil and couldn’t afford seeds.

Traditional humanitarian assistance such as food, sanitation, and medicine, remains vital – 13.5 million Syrians need it, by the UN’s count. But some Syrians have been asking aid organisations for something different. They were requesting support with farming and something more productive than just being given food parcels.

To that end, UN agencies and other aid agencies provide agricultural support, such as seeds, fertilisers, and growing tools to sustain small-scale farms. They also run training programmes and apprenticeships for young people; some give out grants as well as provide training and market analysis for small businesses.

“In every war situation, no matter how cruel it is – and certainly the one in Syria is very cruel – there are always people who are living and trying to make a normal life,” an aid agency said.

However, with a political solution elusive and continuous fighting in Syria, it is difficult for aid agencies to implement quality livelihoods programmes when there is very limited access to the communities. A response encompassing humanitarian aid and – where appropriate – longer-term support, is necessary. [IRIN]

“Though the fig tree does not bud and there are no grapes on the vines, though the olive crop fails and the fields produce no food, though there are no sheep in the pen and no cattle in the stalls, yet I will rejoice in the Lord, I will be joyful in God my Savior. The Sovereign Lord is my strength; he makes my feet like the feet of a deer, he enables me to tread on the heights.” (Habakkuk 3:17-19)

Habakkuk did not explain why God allowed the presence of evil in the world, but he reaffirmed that God is in control of history. God will judge the sinner and destroy the tyrant in His time and way. Righteous men can find out the works of God in history and keep their faith in Him that He will rule over the world with justice.

Faced with the war, unstable political situation, ruined economies and desperate poverty, may Syrians witness and trust that God can help them breakthrough adversity and rescue them from misery and death. Hope that all churches and Christians, who know and follow the Lord, our God, still hold their heart of faith and hope and continue to remember and support those Syrians who are living in dire misery.