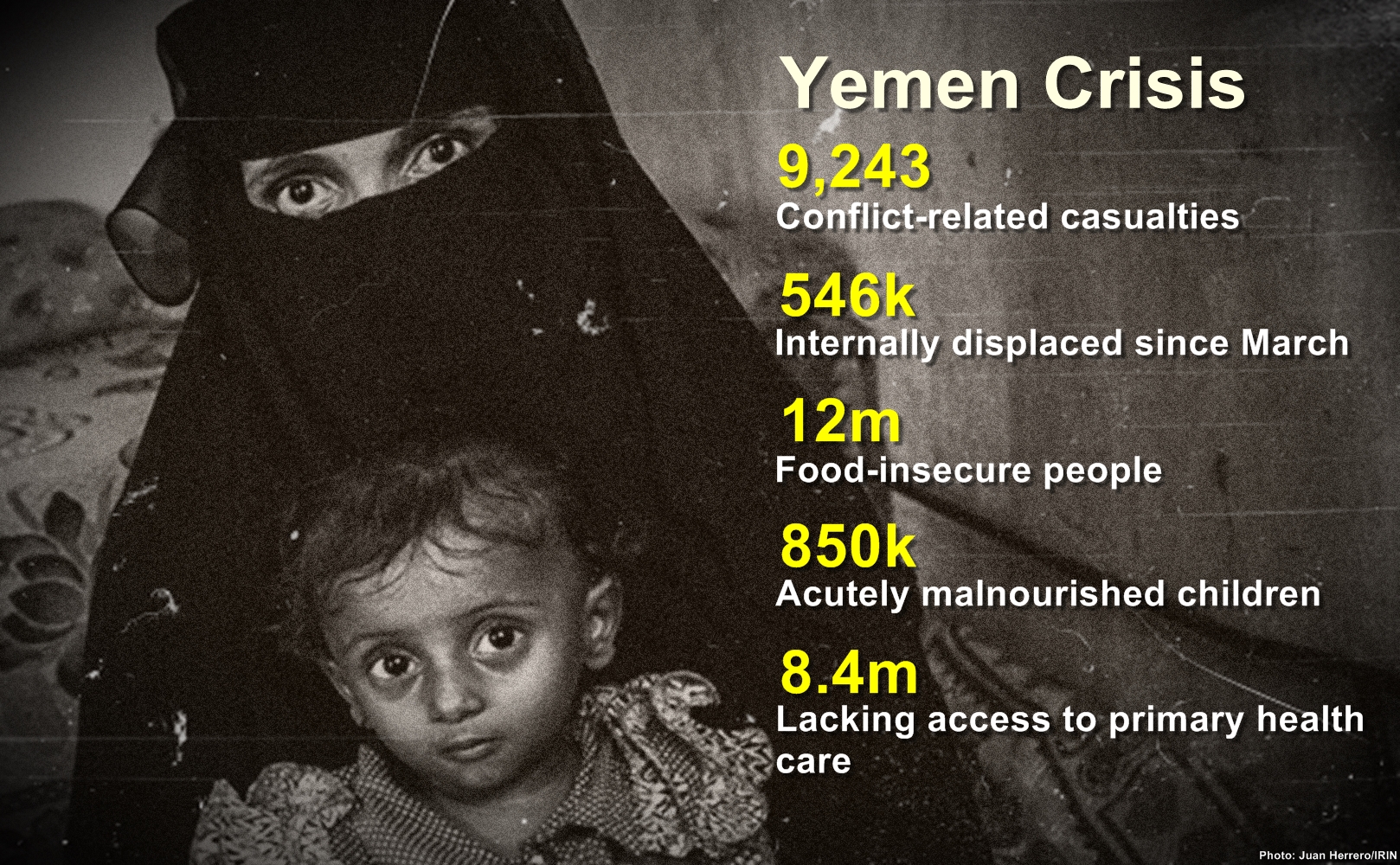 Twenty two years ago when the United Nations General Assembly saw many innocent Palestinian and Lebanese children became the victims of Israeli invasion, dedicated June 4 of every year to be “the International Day of Innocent Children Victims of Aggression”, hoping this would serve as a constant reminder to all UN members of their holy obligations, which is to ensure that every child in the world enjoyed the protection vested by the “Declaration of the Rights of the Child”, and to raise people’s concern for those physically abused and/or spiritually afflicted children around the world.

Sadly when the “International Day of Innocent Children Victims of Aggression” is approaching this year, children in Yemen are lingering between life and death. The main logistics infrastructure including airport, harbour, bridges and roads are under attack. The emergency relief organisations in Yemen warn that if conflicts continue, the Yemeni children will suffer grave consequences. Children are being killed; some are permanently disabled from the bombings. Those who survived face severe shortage of food and water. The cases of malnutrition and malaria are rising. There are also signs of outbreak of Dengue fever in the southern part of Yemen. Many vaccines need to be destroyed due to a break in cold-chain storage due to power failure. In addition, parents are unwilling to risk bringing their children to consultation at wartime, leading to a drastic drop in the inoculation rate.

Strategically located at the point of international transport and oil transport, Yemen has a complicated political landscape. Separatism, autocratic government, radical democratic movement, religious conflicts, terrorism and also intervention of external powers wrestle and fight with each other. Since mid-2011, the situation of Yemen has been worsening. Large-scale armed conflicts have caused serious casualties. Britain and the United States closed their Embassy respectively and withdrew their staff. There seems to be no end to the war, and still a very long way to peace. The humanitarian condition is worrying. [UN, IRIN]

O Lord, You have heard the desire of the humble;
You will strengthen their heart, You will incline Your ear
To vindicate the orphan and the oppressed,
So that man who is of the earth will no longer cause terror. (Psalm 10:17 -18)

Prayer for Yemeni Children in crisis: