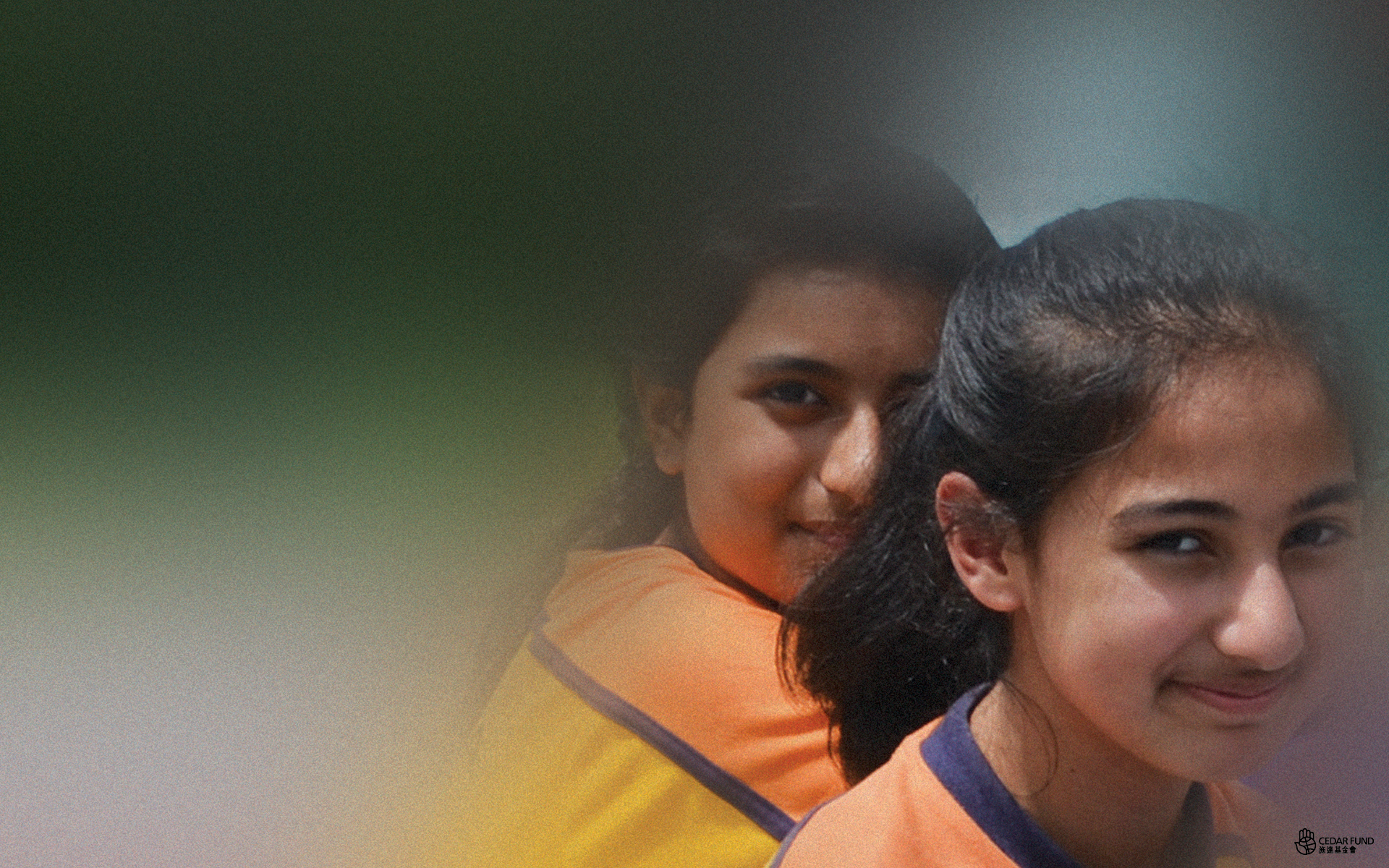 As a child, did you play “Connect the Dots”? Initially there are only dots and numbers, but as dots are connected according to its numeric sequence a picture surfaces. Without the numbers, how can one see clearly the connection between the dots? Interpersonal relationships are like dots without numbers – they seem to be unconnected but if we are willing to link them up, a wonderful picture will form.

In June 2014, newly graduated F.6 students from Ying Wa Girls’ School and Ying Wa College had a cross-cultural exposure event with P.5 students from Pat Heung Central Primary School. It was like linking up people that were originally unrelated. The ‘connect the dots’ began when they collaborated in making a short film about the life and culture of South Asian children residing in Hong Kong.

“The Himalayas were all I knew about Nepal. Then from TV programs I learned about the difficulties of the lives of South Asians in Hong Kong, particularly in their learning of Chinese.” Tina, the curious short-haired and vivacious student from Ying Wa Girls’ School walked into the primary school where pupils are mainly South Asians. “I was a bit nervous, not because of using English to communicate, but rather my inexplicable alienation to the children or South Asians.” Besides, one often hear unpleasant stories or experiences about the South Asian communities in Hong Kong; it was like reading bad reviews of a film before you watch it… Yet, hearsay is never as accurate as personal experience. Tina is first on the left

Tina and Ying Wa classmates tried to search information about the Nepalese culture but only bits and pieces were found – available documentations did not have Chinese or English translation and the students had no idea where to buy the Nepalese daily necessities. Living in a foreign environment without a trace of one’s own culture, this place does not seem to have any dots or lines for connection.

Laughter could be heard coming from the classroom – Ying Wa students were playing an ice-breaking game “Hamburger” with the primary students: when an order was sounded, the last person to withdraw his/her hand lost the game. The F.6 students regained the pure joy from this simple game. “It’s pleasurable to see their childlike happiness!” says Tina.

On another day, the exhausted Tina walked into the classroom to prepare for more film-shooting and a Nepalese girl called Khushi came in and handed Tina some chicken Momo (dumplings); then followed by Soniya and Prenisha with Aloo Dum (hot and spicy deep fried potatoes) and finally by Binti and Swechchha bringing in Chapata (mixing chips with cucumbers, tomatoes, onions, fresh lemon and instant noodles). These lovingly prepared Nepalese specialities and the children’s hospitality instantly reenergised Tina. Ying Wa Girls’ School F.6 student Emily told us, “Once, a cheeky girl suggested to play the game ‘Simon says’ and instructed us to do all sorts of funny moves. We had not known each other for long but we had a great time filming and playing games; we were very sad when the time came for us to say goodbye to each other. Ying Wa College’s Dexter says, “We communicated with each other by playing basketball games. We had a great time playing and mingling; such connection represents the kind of harmony we hope for in our society.”

Even though it is difficult to find the connected dots in our society, a City of Harmony without wall seems to have established through interacting with these South Asian children. In this City people abound by equality and love. They listen, learn and share with each other regardless of their status, wealth, knowledge and religion. Respect and love is the nutrients of the City. Its existence rely on people efforts. Nowaday society needs more people to join in its construction.

The one-week cross-cultural exposure quickly came to an end. Tina most wanted to give more time to the children. “I hope to give them the gift of time – I had been too busy organising activities and did not have more time to spend with them. But every time I visit, I felt strongly that they cherish our meetings, especially when we play. I greatly appreciate this kind of simplicity and purity.”

Some say that a school is an miniature of a society. As future leaders of our society, through cross-cultural exposure they experienced the joy of simplicity, with earnestly listen to other people needs and to understand a people group different from theirs. As pointed out by their teacher: if our future is built by these students, our society will be blessed, noble and edifying.”

Outward extensions of dots and lines

Time flew. Tina is six months into university life studying her first-choice of subject. Her passion for the South Asian did not end with the exposure event. Although university life is very busy, she spends her free Thursday afternoons tutoring South Asian children.

“Through tutoring, I get to spend time with them and truly understand where their learning difficulties lie… They work very hard, writing English notes next to the Chinese words, but they find it difficult to understand Chinese words when they are put together.” Because they do not know how to form sentences, they rely heavily on online translation tools but as a result wrong and silly Chinese sentences are made.

The children keen desire for learning motivates Tina to spend time tutoring them. She cherishes meeting them, talking not only about homework but also about school and family. Sometimes happy, sometimes sad.

“What is now the gift you want to give them?” It is not time but, “I hope to create a set of teaching materials that helps non-Chinese speaking people learn Chinese, so that language will not be an obstruction to communication, and they can express their needs and difficulties with fluency. Of course, the most urgent desire is to increase their chances of employment, giving them basic living security.”

We are glad to see that a fun and social interschool event has grown to be a specific social participation, whether a personal response or a group involvement. CEDAR plays an active role in linking churches and believers in different districts, both in Hong Kong and overseas, for them to practise the Lord Jesus’ incarnated teaching amongst the poor, to break barriers between persons, families, communities and between God and men, linking up the dots.

The situation with South Asian students in Hong Kong: