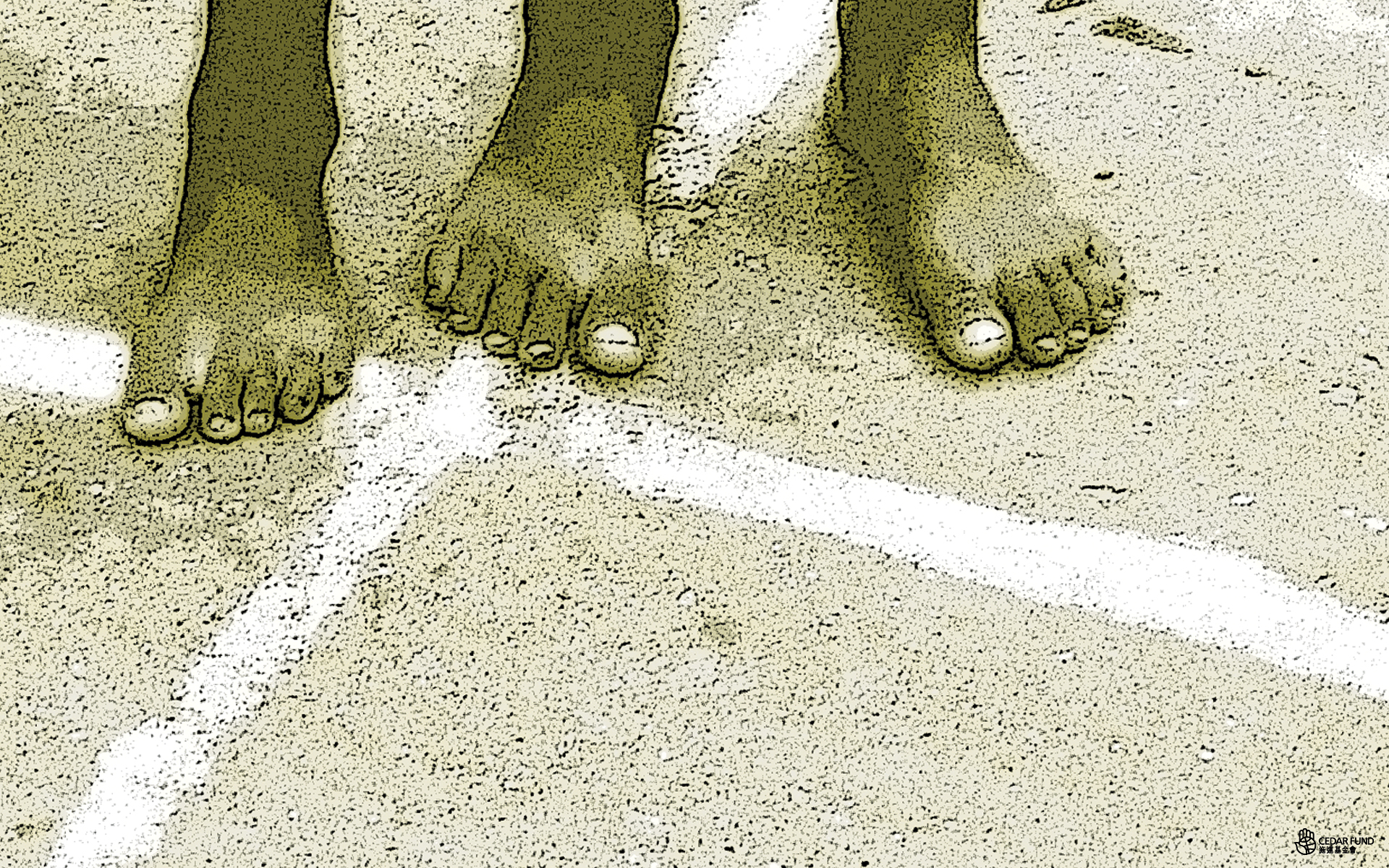 When “poverty” is mentioned, media images of starving African children, toiling peasants in isolated mountains of China, and war refugees come to mind…. Our hearts ache for them and wish that they have money, access to resources and schools, believing that these are the solutions to poverty. Half a year ago I joined CEDAR as part of their co-worker team and then realised that “poverty” is not really about lack of money, but is in fact the lack of choices.

Move to be near the poor

In June I went to Malaysia to attend a conference on urban poverty and heard many real life stories. When one wanders around the corners of every city, one often notices that the poor usually take up the low-paid jobs and live in horrendous environment far away from their rural homes. You may wonder, would not their lives be greatly improved if their children had a chance to receive education? But a closer understanding will force you into their shoes: for the poor, an extra pair of hands means more earning power, and when life gets desperate, parents have no choice but to send their children to work so to earn money for buying enough food for the whole family… Among all the global poverty phenomena, urban poverty is the problem that spreads the quickest. In 2008, for the first time in history, more than half the world’s population lived in towns and cities[1] and it is estimated that by 2050 the number of urban dwellers will be twice the number living in rural areas. High speed urban growth causes rapid rise in the population of slum dwellers. In 2010, the UN estimated that nearly 900 million people lived in slums worldwide, and the situation was most severe in Asia’s India and Bangladesh. Dhaka, the capital of Bangladesh, has the fastest growing population in the world and in its slums alone live 3.4 million people[2].

Hong Kong is the city in Asia having the most rich-poor divide, and its non-stop rental increase causes price inflation. Luxury apartments and partitioned rooms are found on the same streets. Elderly folks have to collect from urban waste, and through them we have a glimpse how the poor living in dire conditions. Life is even harsher in the cities of poorer countries.

Many villagers left their rural home to seek for a better life in the cities, but the entire family often can only live in slums and squat in a tin hut of less than 100sq.ft. There is no toilet and the air stinks, hygiene is poor and all sorts of infectious diseases threaten the inhabitants. Slum dwellers in Bangladesh hesitate to cook because their food catches the smell of the surrounding garbage. Cooking using the open unclean water can often be fatal. And when they fall ill they have no extra money to buy the costly medicines. However, urban poverty is not simply a problem of food and shelter but also much emotional suffering and feelings of hopelessness amidst the risks to physical safety. Much of these are caused by social systems and cultural restrictions.

Our partner in Bangladesh tells us that unmarried girls living in slums must travel with their mothers – even though it’s just a short walk of a few minutes. Girls are often married off when they reach puberty at thirteen or fourteen years of age, and as women have a very low social status in Bangladesh, they are easily the targets of abuse.

To survive, the poor desperately look for opportunities to improve their life. Intermediaries tell them that better paid jobs could be found in neighbouring countries, so they go but land themselves in an even worse situation: they are exploited at work and receive a meagre wage; some are even forced into the sex industry. In some corrupt countries police officers often work with the intermediaries so there is virtually no way out for the victims. Most heartbreaking is that many of these victims are young children whose lives are wrecked and degraded mercilessly.

Touching our hearts    Moving our world

Poverty relief works carried out by churches and Christian organisations bring God’s hope to the hopeless poor. CEDAR supports partners in India, Bangladesh and Ethiopia who serve slum dwellers. Most people in India and Bangladesh do not know Christ, but as the local churches lovingly care for and walk with them, these broken and helpless people receive love and respect, and begin to see light in their darkness.

CEDAR’s partners help slum dwellers to set up their own support networks, and through residents’ groups the dwellers work together to deal with issues such as livelihood, security, hygiene and health, with the aim of improving their lives in the long run. They also provide school subsidies and organise study groups for the children, teaching them their rights and values hopefully to reduce early marriages and child labour. CEDAR plans to support new programmes in Bangladeshi slums to provide rehabilitation and empowerment service to the victims of sex trafficking, so that this abandoned group may regain hope and self-confidence. “Children of Heaven” is an Oscar-nominated Iranian film featuring a brother and sister and their adventures over a lost pair of shoes. In fact in the poor countries many children do not even have their own pair of shoes. According to a UN report, one-tenth of the world’s population have viral infections on their feet because they cannot afford shoes. Let’s imagine: walking barefoot on muddy and dirty roads every day, and playing or scrounging in rubbish heaps. How can they receive protection from their barefoot life?

CEDAR Barefoot Walk is our main annual event. This year’s theme is “Urban Poverty – Slums”. Apart from experiencing what the barefooted poor have to deal with each day, participants are encouraged to see what slums are like and experience the difficulties in such lives. All monies raised from CEDAR Barefoot Walk will be used towards the slum programmes.

A thousand miles begin with one step. We invite you to step out of your comfort zone and walk with the urban poor. Please visit www.cedarwalk.org and move our world, let us work together to eradicate poverty!