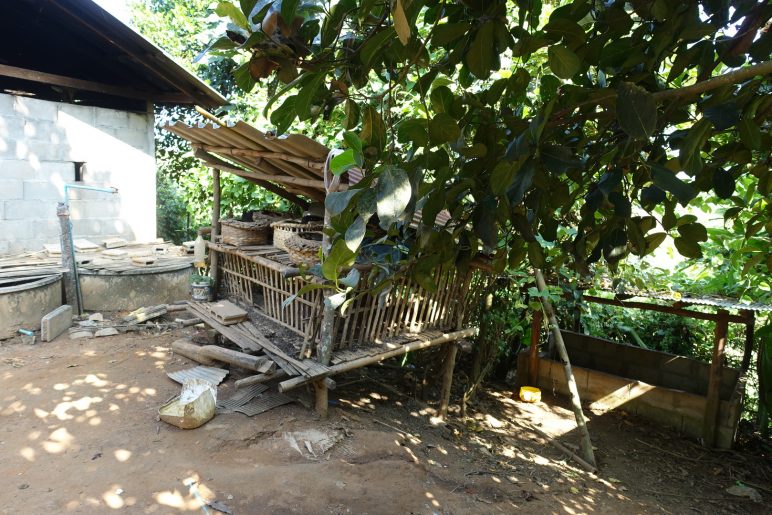 Our thoughts and values guide our everyday life and decision we make. The same applies to farmers and pastors.

“You’ve never been a farmer so you may not know, but that tiny piece of land of his could never have anything good grow out of it!” said a pastor to our project staff, Pui Shan, after visiting an impoverished Palaung family in northern Thailand and saw their backyard. If you were that farmer, you might not want to pick up that plow again after hearing the pastor’s words.

END_OF_DOCUMENT_TOKEN_TO_BE_REPLACED The 6.5 foot tall sculpture ‘Survival of the Fattest’ by Jens Galschiøt (who also made the Pillar of Shame) and Lars Calmar was exhibited in Hong Kong during the anti-WTO protest in 2003.

I encountered the sculpture in 2003 and read its inscription: ‘I’m sitting on the back of a man. He is sinking under the burden. I would do anything to help him, except stepping down from his back.’ It has embedded in my mind and I have recalled it often.

Since 2006, either from a distance or close up, I started caring about CEDAR’s concerns. The skinny figure surged my mind as I met with the survivors of the Sri Lanka tsunami, the Hmong people of North Thailand who hold no identity, the impoverished farmers of Hubei, and the Bangladeshi slum dwellers. The figure shoulders a heavy burden, and although his back is straight, the load’s weight forces his head to be lowered.

The fat woman above him is blind to their dangerous situation: she is over-weight even to the point of threatening her own health; her ‘foundation’ is not steady either – top-heavy and fragile like hitting an egg against the wall; both seem to be in danger.

He is stressed, so is the fat woman; their fates are intertwined and tangled. The fat woman is hijacking the skinny man and both are at a dead end.

O Lord who daily bears our burdens [1] , You bore the sins of mankind but Your yoke is easy. You teach by word and deed and show the world a new way: ‘Carry each other’s burdens, and in this way you will fulfil the law of Christ.’ [2]

How we wish the fat woman would step down and share with the skinny man the scales of justice in her hand, and walk humbly together with God on a new path.

Fountain went on CEDAR’s Sri Lanka exposure trip in 2006, was with a Hmong tribal village in North Thailand on a two-month seminary practicum in 2010. He joined CEDAR in March 2012.