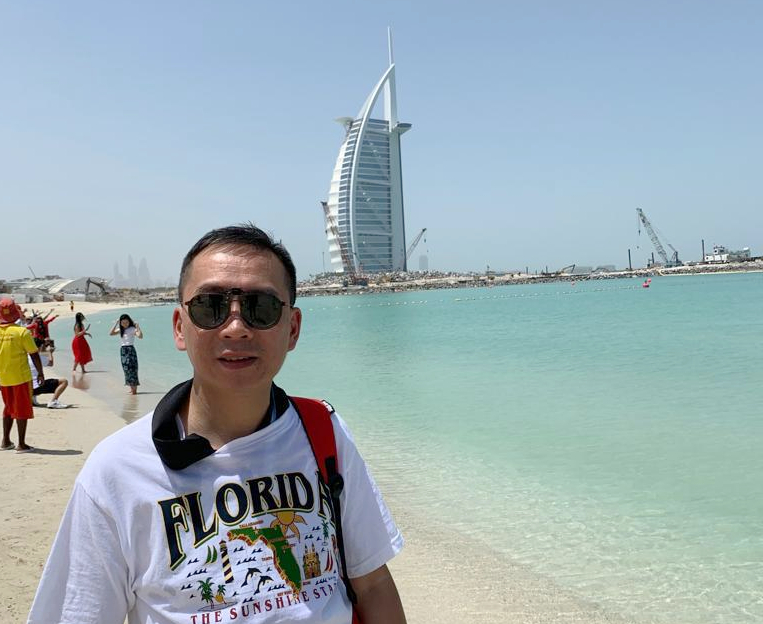 I paid my first visit to Dubai lately and wowed by this “artificial” city.

Though this ancient Middle East city sits on the coastline of Persian Gulf, it was all the time a small trading port due to its desert terrain (population was below 200,000 in 1970s). Large-scale development begins only in the millennium by heavy government funding. She now owns a few “top of the world”, for example, the tallest building, the largest shopping mall, the largest artificial islands under construction, the biggest indoor theme park, etc. To build a modern city in the desert, numerous extraordinary difficulties need to be solved, like land quality, water source, extreme weather and pollution. Therefore, Dubai is also called “a miracle in desert”.

Putting up all these infrastructures is not easy, but maintenance of this modern city (current population exceeds 3 million) could be more challenging. Energy is undoubtedly one of the most consumed resources. Energy used for 24-hour air-conditioning in all buildings and desalination for drinking water is huge. In 2016, the average electricity consumption per capita in the United Arab Emirates (UAE) was around 12,290 kWh, which was two times that of Hong Kong (6,029 kWh). Being the biggest city in the UAE, the figure in Dubai is believed to stand at a much higher level. Hence, carbon emission of this city would never be of small amount.

Use of fossil fuel-based energy is a main cause of climate change nowadays. For Dubai, high energy usage is somewhat related to the city, people and even the country’s survival, so it is not appropriate to judge abruptly. But in many countries, especially in the developed world, certain amount of energy is spent merely for our comfort and convenience. The poor is often the most hit by climate change, thus, our enjoyment in comfort and convenience somehow leads to the worsening of their situation. You can learn more on this from this issue of SHARE.

As Christ’s followers, we are responsible for taking good care of His creation. Probably, the current situation could not be changed by one single person, but together we can heal this wounded earth via changes in our habits. As a start, you may begin with the following ways to reduce the use of paper alongside your support to CEDAR’s ministry:

1.      Receive electronic version over printed version of CEDAR’s news (Subscribe here and WhatsApp us your name, contact number and email address at 6383 6861)

2.      Opt for autopay instead of using an offering envelope for regular donation (Download Autopay Authorisation Form)

Laozi said, “A journey of a thousand miles begins with a single step.” Let us now show our care to this world and live out our Christian mission to testify the wholeness of the gospel!