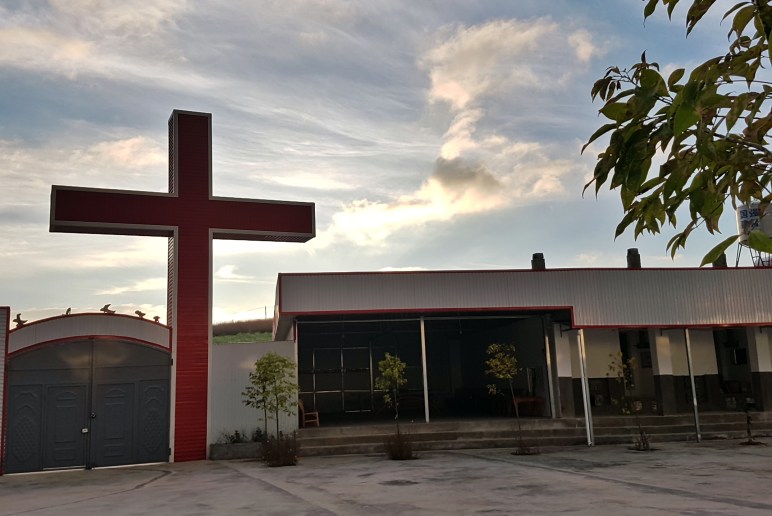 “Suppose that a community that was moderately equipped with a food market or a supermarket, a hospital, a school, a police station, and a church. Now you are asked to get rid of one of these institutions, which one would it be?”

Lorraine, one of our colleagues in China, posed this question to the participants during training programmes, and that one answer coincided among them was “the Church”.

As the answer revealed that the market, the hospital, the school, and the police station remained a pivotal role in the operation of the community. So, where does the church stand? For the non-believers, a church that could be separated from the community was merely an accessory, apart from the primary facilities, namely, its existence matters only so little to none.

Lorraine recalled a pastor from Wenzhou during the movement of China’s removal of crosses from churches saying that, “When the cross of the church in the community was taken down, it didn’t bother the residents at all.” This thought indicates how much the community actually values the church, it also makes us reflect upon how much the church contributes to its dedicated community.

Why Needing a Church in the Community?

CEDAR has been devoted to community development and poverty alleviation in China. Since 2007, our China work-team has shifted from executing projects directly to partnering with local organisations, which encompassed teaching churches to practise holistic gospel, motivating churches and other social welfare organisations to take root in the society, and serve the needy including families affected by HIV/AIDS, migrants, and impoverished children. Besides, we provide courses that cultivate social welfare workers.

Lorraine believes that it is crucial for the church to rethink its role at the time of a rapid change in social, economic, or even religious policies in China. She says, “Hong Kong and most of the western countries tend to ‘institutionalise’ the church, but back in Jesus’ time, disciples would present their lifestyle and attitudes to the society.” Today, it is obviously a challenge to all churches to reflect upon its initial motif and how the Christian values can be lived out in the community.

The long companionship of CEDAR to minority groups in China compelled us to think about the church’s identity. CEDAR, as well as other evangelical churches and organisations that are committed to Integral Mission, believe that the Church isn’t merely an institution but a disciple representation which embodies the value of the heavenly kingdom. We insist that our partners shall fulfil their role in training and accompanying local churches, as these churches focus on practising Integral Mission. We have persistently promoted the Integral Mission to the churches and social welfare organisations in Yunnan in the past 11 years. We maintain equity in the relationships with our partners in Yunnan. Many of them described our relationships as “intimate”, as a result of CEDAR’s constant assistance and trust overtime. We believe that this approach of cooperation has enabled better communication on both sides compared to relying only on written reports or records. Lorraine said, “We care about the lives of our partners. If an issue arises in one of our partners’ family, we would talk to them and pray for them, also taking their work team into account. As we have been advocating in our leadership training, Integral Mission is indeed integral in its coverage of one’s spirituality, family, and community, it is about the entire being living out the Integral Mission.”

Due to a long-time service in China’s poverty alleviation and development, Lorraine has left significant footprints in Yunnan. She was situated in Yunnan in 2007, ever since, she developed friendships with local peasants, engaged in numerous poverty alleviation projects, participated in project planning, and managed our China team. As time goes by, a close bonding was formed between Lorraine and the partners she worked with, and every person in poverty whom she served and cared for.

“It was my honour to be their partner because their lives had surely blessed mine. Our Yunnan partners are not short of frontline experience, yet how we consolidate and communicate are more important when implementing projects.” As the project in Yunnan matures over time, Lorraine affirms on the need to cultivate more local leaders who share the value of CEDAR in order to localise Chinese ministries. She understands that the leadership shall eventually grow in the hands of the local leaders, therefore, she envisages local leaders carrying out the projects, collecting resources locally, and advocating the concept of “From Church, Through Church” for poverty alleviation.

This year, Lorraine has officially resigned from her frontline position in Yunnan to focus on her family and become a part-time consultant for projects in China until the end of March 2019. We would like to send our greatest regards to Lorraine, may her selfless love for the poor and her unshaken belief in the role of the Church in poverty alleviation continue to inspire all of her co-workers. For His glory, Amen.