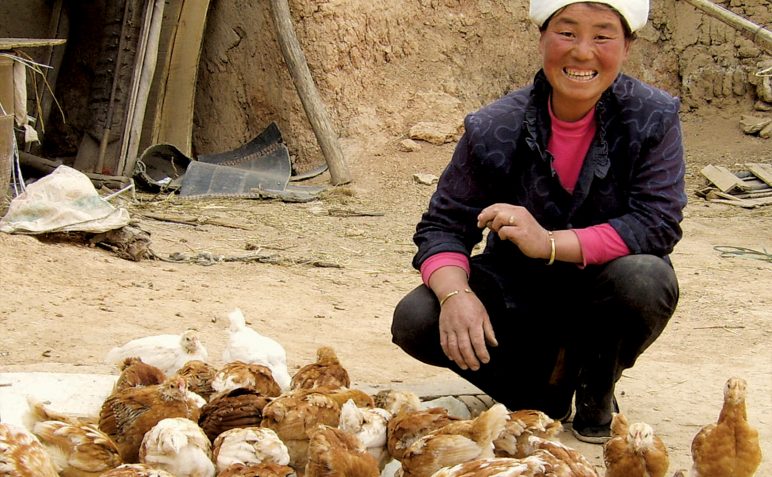 Interviewed and edited by: Jojo Poon

How far would you go for the poor? Would you visit the Guangdong industrial district alone to investigate sweatshop labour, or venture to Northwest China alone and live among the Hui people, or supervise earthquake rescue efforts while carrying a baby in your tummy and worrying about your husband’s safety who is responding at the frontline, or devote your family as a fulltime volunteer for four years, only to wake more hearts to care for the poor? That was Alice Kwan’s story.

Alice had served in CEDAR for 12 years, 4 of which were spent supporting the community development projects in rural communities in Gansu, China. “We spent a lot of time back then to build relationships with the Hui people in Gansu,” says Alice. Unlike other local practices, they did not take a direct and high-profile approach in giving out money directly. The villagers were confused over their purpose, and did not understand the meaning of community development. At first, they were generally avoiding and was cautious about Alice and her team, who later found out that the villagers have experienced multiple frauds before. Together with local staff, Alice spent time living among the people and visited each family in the village to build a trusting relationship.

To Alice, development allows individuals to rediscover their own freedom, “Poverty shackles people and deprives them of their resources, physically and spiritually, to freely develop. Our Lord grants each of us unique abilities that will need the right soil and opportunities for them to be discovered and nurtured in order for us to be free.”

The Hui women have low social status and would not initiate conversations with outsiders. “When we conducted home visits, we would ask, ‘Is anyone home?’, and if there were only women in the house, they would answer, ‘No!’” shares Alice, who spent half a year in gaining trust from the locals with her colleagues. After trust was built between them, the village women said they would like to raise chickens. With a microloan of RMB50 each, they could buy them 12 to 13 chicks, and after 3 to 4 months, they could repay the loan by selling a grown chicken after 3 to 4 months. “As a result, children had eggs for meals, the family’s income increased, and women were recognised. That was a life-changing experience for the Hui women where they came to realise their great potentials,” Alice recalls joyfully.

Although Alice has returned to Hong Kong for a long time, she is still devoted in preparing opportunities and capacity for others to be developed. “Community development is very broad and diverse, it includes aspect such as personal, relational, and social development. That is why it is so fascinating!”

Pray that more would get to experience the beauty of development.