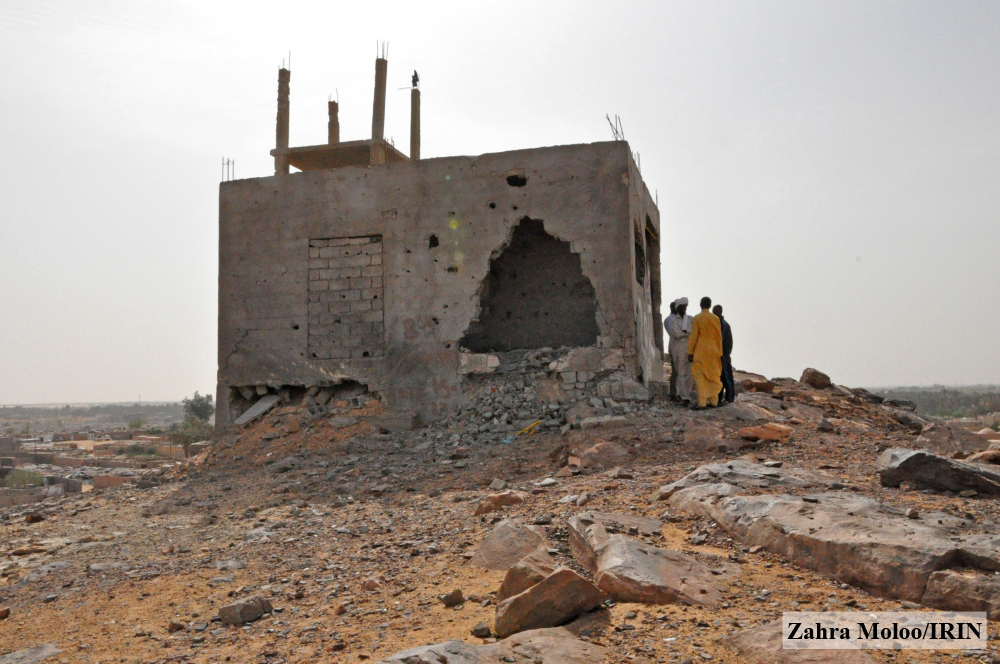 Libya has been beset by chaos since Nato-backed forces overthrew the long-serving ruler Col Muammar Gaddafi 2011.  Since then the country fell into chaos from civil wars.

At the moment there are two rival parliaments.  One is the internationally recognized unity government in Tobruk in the east, but its cabinet has yet to be agreed.  The other is the unofficial Muslim government in Tripoli, controlling the central bank and public revenues.  The latter is deeply suspicious of the unity government.  On 30 March a U.N.-backed unity government representative arrived in Tripoli trying to negotiate for an orderly handover of power.

Besides there are many militias in various places holding power and threatening security.

After more than four decades of authoritarian rule, there is little understanding of democracy in the country.

A most worrying development is that the Islamic State has greatly expanded its control over territory in Libya.  It has been attacking Libyan oil facilities.

Such political chaos has adversely changed Libya, previously an oil-rich country with one of the highest standards of living in Africa with free healthcare and free education.  She is now facing a financial crisis, and inevitably also a health crisis.  Oil production has fallen by around three-quarters since the era of Muammar Gaddafi.  Banks are strapped for cash.  In 2015, Libya probably had the world’s fastest shrinking economy.  The current health crisis look sets to worsen.

Libya is home to thousands of militias.  It cannot control its borders; migrants en route to Europe stream into the country.  There is a high likelihood of importing diseases.  More than 1 million people are at risk of food insecurity.  Almost 2 million Libyans (of a total population of about 6.2 million) have serious unmet health needs, scant access to basic health care and face severe shortages of essential medicine.  Because of the lack of vaccines for routine immunization, there are already reports of measles outbreaks and a re-emergence of polio cannot be ruled out.  More than 80% of hospitals are either closed or not functioning properly because of serious difficulties with funding.  The health system has drastically deteriorated.  Health workers largely fled the country after violence escalated in 2014.

As far as international donors are concerned, however, Libya remains an upper middle-income country.  She cannot easily tap international expertise and aid for health purposes.

Moab’s messengers say
to the people of Judah,
“Be kind and help us!
Shade us from the heat
of the noonday sun.
Hide our refugees!
Don’t turn them away
Let our people live
in your country
and find safety here.”
Moab, your cruel enemies will disappear;
they will no longer attack
and destroy your land.
(Isaiah 16:3, 4 <The Poverty & Justice Bible>)