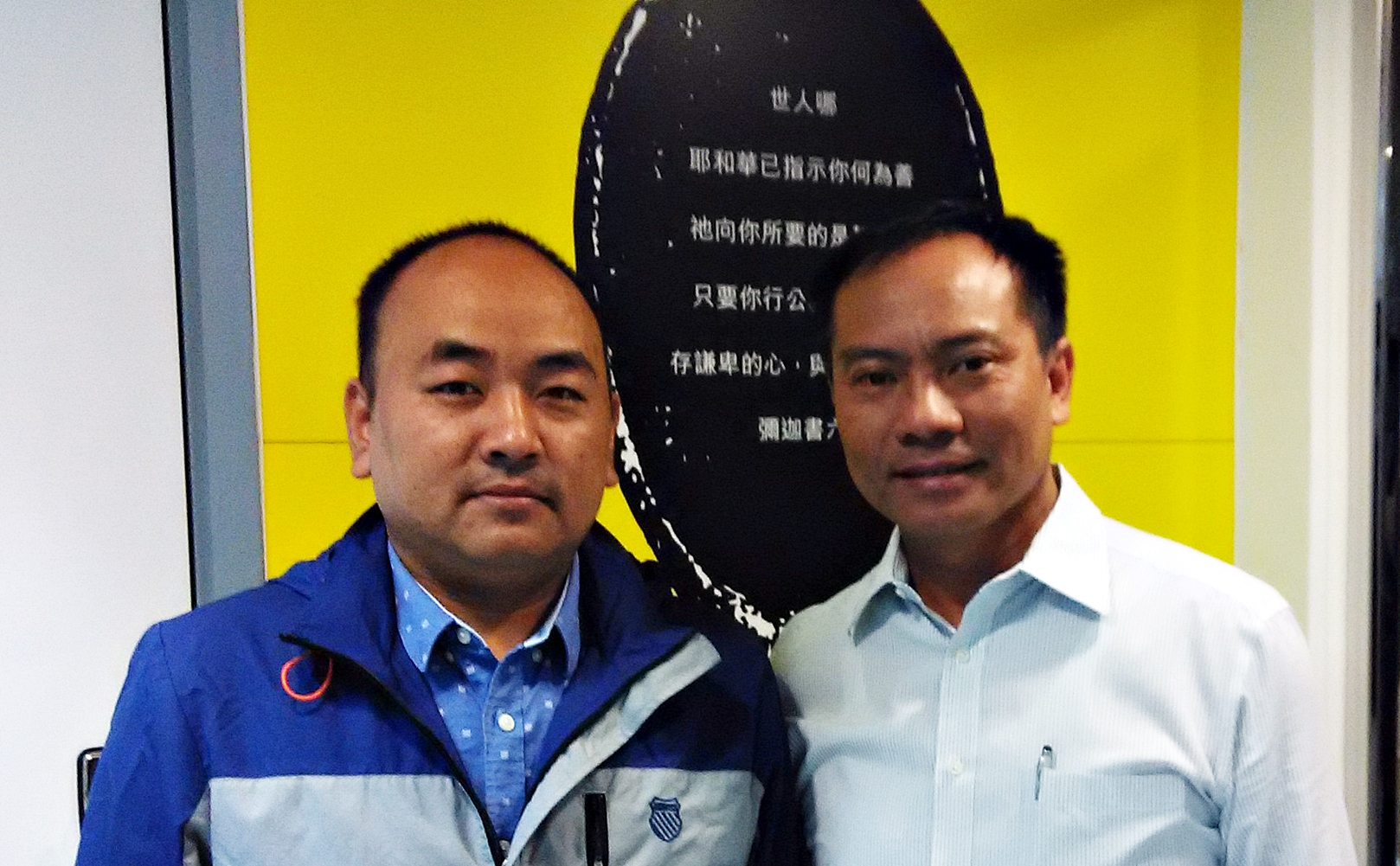 Interviewed and arranged by Jojo Poon

The Jordan district in Kowloon is known as ‘Little Nepal’ because many Nepalese live there, and Yuen Long is another district where many South Asian families inhabit. Dev Raj Rai lives in Jordan, works in Yuen Long’s Pat Heung Central Primary School, and his daily routine is to travel between these 2 districts, serving and ministering to his fellow Nepalese.

Dev is a descendant of Gurkha and migrated to Hong Kong in 2003. He was grown up and educated in Nepal. After graduation, he worked in the area of community development by broadcasting community and healthcare information on the radio. “Broadcasting through media is my profession which I use to serve my community.”

Dev’s father and grandfather were both Gurkhas and his grandfather fought against Japan in WWII. “Many Nepalese came to Hong Kong not because of poverty but because their forefathers were Gurkhas who once contributed to Hong Kong’s security and prosperity.”

Seeing that the mainstream media often reports negatively on the Nepalese, Dev decided to correct this perception by using his profession in internet broadcasting[1]. He started an internet radio channel, broadcasting news to his fellow Nepalese and encouraging them to show friendliness to their neighbours. The radio also features news about the Hong Kong’s education and healthcare systems, hopefully with more information the living of his countrymen can then be improved.

“After 1997, Hong Kong is less diverse socially and the society seems going in a direction to convert the non-Chinese residents into a more ‘Chinese culture’ way of living. Dev feels that social inclusion can be achieved when peoples respect each other and work together to build a diverse culture. Each year Dev will bring young Nepalese adults to the Gurkha Cemetery in San Tin Barracks to pay respect to their forefathers who sacrificed their lives for Hong Kong. “Their biggest difficulty is that they are without an identity. They are being treated as second-class citizens here and at the same time considered as foreigners in Nepal, they belong to nowhere… Hopefully, through these visits they can find their roots and identity.” There are fourteen Nepalese churches in Hong Kong and Dev is a member of one. “Hong Kong churches can liaise with Nepalese churches to create a multi-cultural environment and edify the new generation.”

At the end of the interview, Dev showed me two registers compiled by him and his friends, containing information of those Gurkha soldiers who fought WWI or WWII globally. They died in foreign lands but received no gratitude and are not remembered, and their own country is reluctant to mention the country’s history of forced export of mercenaries. These registers felt so heavy when their hundreds of pages were turned.