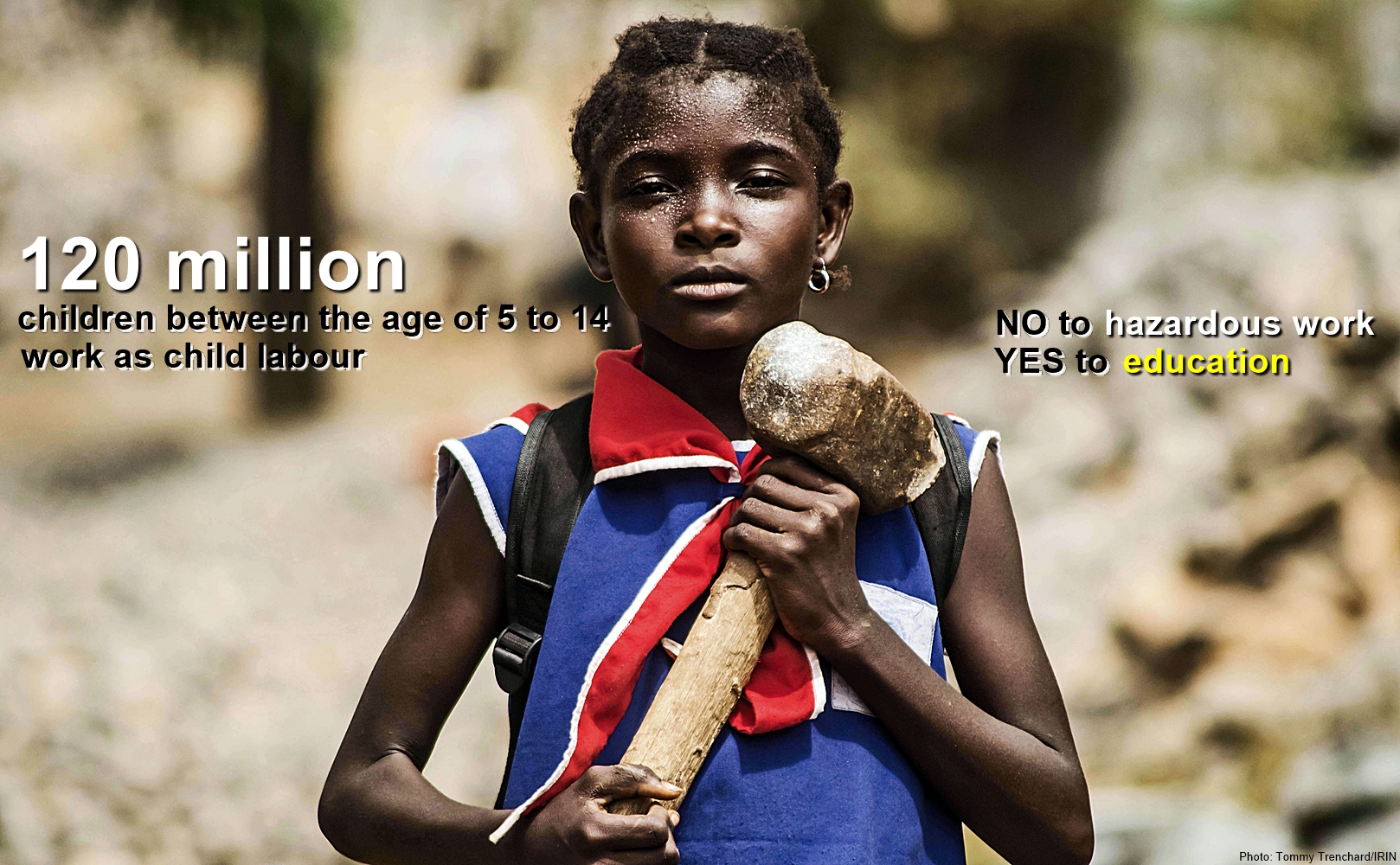 Eleven-year-old Chottu works 12 hours daily at a roadside tea joint near New Delhi’s bustling interstate bus terminus, selling snacks and hot tea. As competition is fierce from other vendors, Chottu has to work swiftly to catch his customer’s eye. “I often burn my hands while pouring tea due to the rush. But I’ve no choice. Meagre sales mean no food for me that day,” says the boy who has been working since his mother died and his alcoholic father abandoned him two years ago.

Twelve-year-old Halima Mohamed Ali wakes up every morning at 5 am, but unlike her peers she does not go to school. Instead, she begins her duties as a nanny for five children, the oldest of whom is just two years younger than she is. War and famine in Somalia have forced Halima, and thousands of others like herself, to abandon the dream of education and become workers instead.

Sevdije Morina, a mother of five, lives in the Kosovar village of Vrajak. The children help her with the hard farm work – harvesting onions and grapes. “I was forced to stop sending them to school so that they could work more in the fields and the vineyard,” Morina explains. The children often handle pesticides and dangerous tools. Morina’s children are not the only children in Kosovo who do hazardous work instead of going to school and enjoying a normal childhood.

The most recent global estimates suggest some 120 million children between the ages of 5 and 14 are involved in child labour, with boys and girls in this age group almost equally affected. This persistence of child labour is rooted in poverty and lack of decent work for adults, lack of social protection, and a failure to ensure that all children are attending school through to the legal minimum age for admission to employment.

The World Day Against Child Labour (12 June) this year focuses particularly on the importance of quality education as a key step in tackling child labour, calling for:

In Matthew 18, Jesus turns a discussion between proud adults arguing about who was the greatest into a lesson – to show that the Kingdom of God places the greatest value on the least. Jesus identifies himself with the child. ‘Whoever welcomes a little child like this in my name, welcomes me.’ Just a few verses later, the same disciples are trying to prevent children from seeing Jesus. Once again he confirms their importance to him by saying, ‘The Kingdom of heaven belongs to such as these.’

The stories of Jesus’ relationship with children show his positive attitude towards them. He refused to accept the attitudes of his society towards children, which regarded them as insignificant and unimportant. Just as he was willing to touch the leper and the unclean woman, so he was willing to pick up a child to teach the disciples a lesson and to gather children around him as being important in themselves.

Pray for the child labourers: