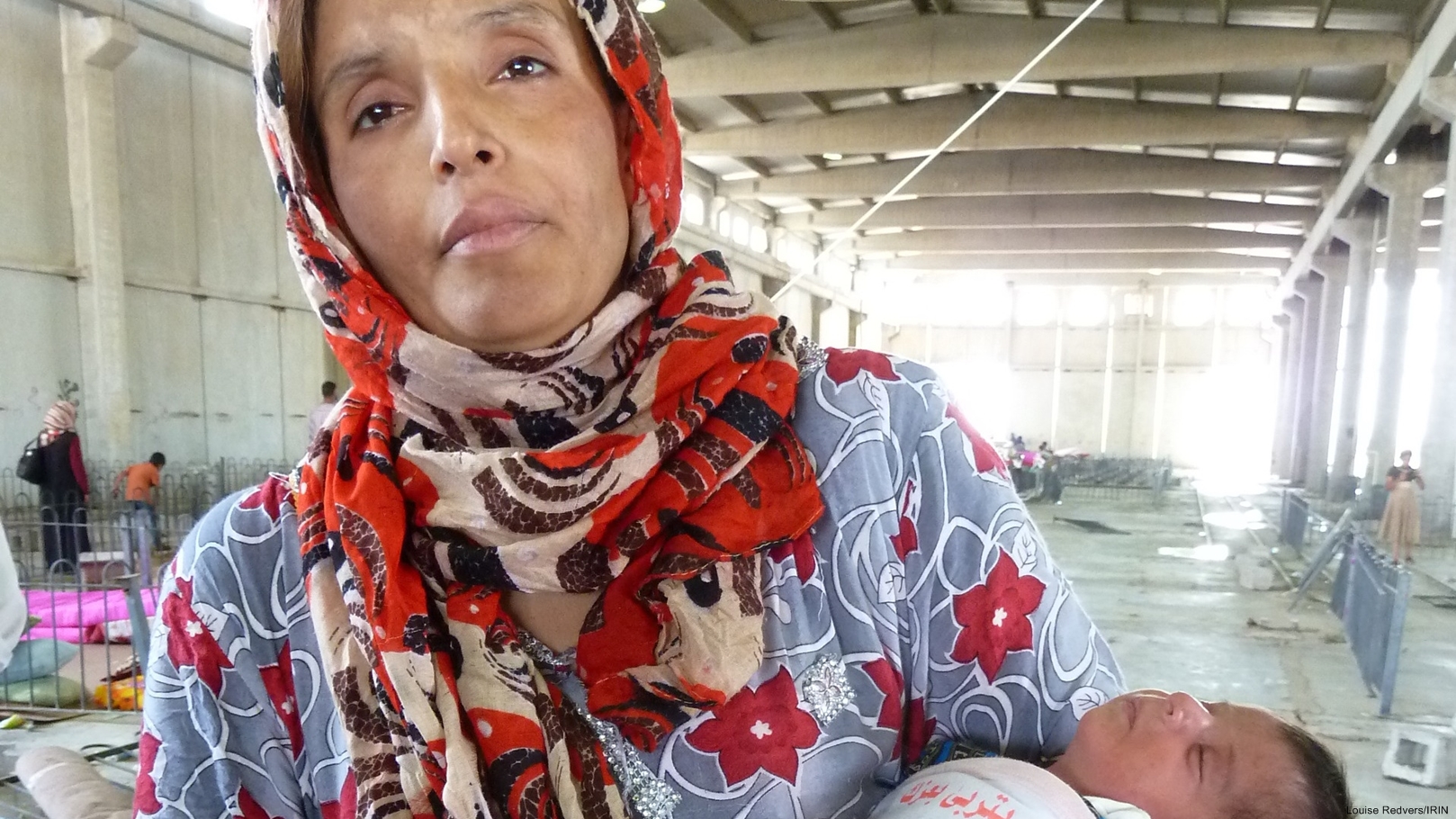 Samira Said, 27, fled Tikrit with her 20-day old baby for an agricultural shelter area next to the Baharka camp 5km north of Erbil, the capital of the northern semi-autonomous Kurdish region of Iraq, after the militant group ISIS (Islamic State of Iraq and the Levant) took control of Iraq’s second largest city, Mosul.

Our hearts are breaking at the atrocities taking place in Iraq. In the last two months a staggering 850,000 people have fled their homes in terror as Islamic State (IS) fighters have swept across the north of the country. An estimated 10,000 people have lost their lives, most of whom are civilians.

Religious and ethnic minority groups, such as Yazidis (a Kurdish-speaking ethno-religious group), Christians and Turkmen, have been particularly targeted, and many have been subjected to unspeakable brutalities. It’s estimated that one-fourth of Iraq’s Christians have now fled, threatened by IS at best with fines, at worst with forced conversion or death.

Thousands of Iraqis, mainly from the Yazidi community, are currently trapped on Mount Sinjar in northern Iraq by IS fighters after facing similar threats. They are in desperate need of food, water and medical care, and symbolise the plight of so many more Iraqis who are the innocent victims of this crisis.

Between January to July 2014, an estimation of 1.2 million internally displaced persons (IDPs) were seeking shelter in Northern Iraq. They are now suffering from significant secondary displacement due to fierce fightings near IDP locations in Ninewa and Dahuk Provinces. In addition to the current IDP crisis, the government of Kurdistan is also hosting 230,000 refugees from Syria.

Since 2012, Integral Alliance (IA), a global alliance comprising of 19 Christian relief and development agencies, has been providing relief materials, food parcel, medical care and psychosocial care to Syrian refugees. CEDAR is one of the member agencies of Integral Alliance. A member agency of IA is now forming a working team, going to Northern Iraq to assess the situation particularly the need of the suffered communities.

We know that God is a God of love, compassion, power and justice, who is ‘mighty to save’ (Isaiah 63:1). As we struggle to find words to respond in the face of such horror, remember Paul’s words in Romans: ‘We do not know what we ought to pray for, but the Spirit himself intercedes for us through wordless groans.’ (Romans 8:26).  [Tearfund, Integral Alliance]

Pray for the suffering Iraq people: