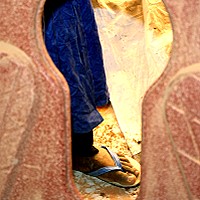 [ePrayer – Pray for the health and sanitation condition in Niger] Open air defecation is a widespread hazard in Niger, especially in rural areas. Out of 15.5 million Nigerians, 14.1 million do not currently have access to proper toilets, while 79 percent resort to open air defecation. Contagious diseases are caused by a lack of sanitation and hygiene. Because money is needed to construct toilet and there is difficulty of maintaining the deep pit required for latrine, people living in rural Niger do not use toilet frequently   Aid agency attributes this to the government’s failure to honour previous financial commitments in the sanitation sector. [IPS]

Pray for the health and sanitation condition in Niger: