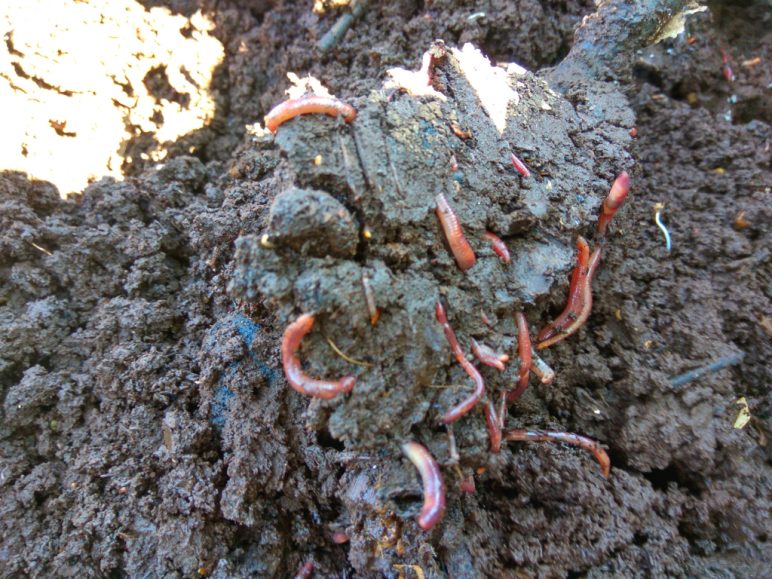 Did you know that the tiny creatures living in the soil are beneficial to plants?

We learned about the ecosystem within the soil from our partner in Zimbabwe, Foundations for Farming (FfF).

FfF has been teaching impoverished and marginalised farmers to look at the God’s creation at a micro level—there are lots of organic matter in soil, such as snails, ants, earthworms, and bacterium that improve soil fertility, and as they move, they help create channels for better infiltration of water and air. However, ploughing and digging in conventional farming often hamper their growth, which in turn hardens the soil over time and ultimately leads to the loss of water and nutrients.

Mulching is the act of covering the soil to provide long-term protection to its ecology. It is done by covering the soil with dead grass and leaves or crop residue from the previous farming cycle to trap moisture while reducing evaporation, enhancing infilration. The mulch maintains soil temperature and humidity, decreasing weed germination, while creating a suitable environment for creeping creatures and other microorganism to grow. FfF calls the mulches “God’s blanket” that greatly improves the yield for farmers.

FfF staff conducts an experiment with two trays of soil, one tray with mulch on soil that has never been ploughed, another tray with soil that was ploughed and without mulch. Then water is poured into both tray to test infiltration of water

Our partner’s training showed the farmers how one should learn to live in harmony with the land instead of abusing it for his/her own interests. If we could start appreciating and taking care of the land in its entirety, including small organisms within, and restoring the ecology of the land without excessive human intervention, then both men and all Creation could possibly resume to the state that God will see it is good.

How do we view other creatures created by God? We’re used to getting rid of every last bug we saw, as our perception of good deviated from that of God’s since sin entered the world, and so we became enemy with the rest of God’s Creation.

Starting today, let us choose to look at other creation in God’s way by doing any of the followings:

1.      Research the common insects found in Hong Kong and their roles in nature.

2.      As farmers use dead leaves to mulch and protect their farms, could you think of new ways to use a discarded item?

Dear Heavenly Father, You have shown us Your profoundness by silently maintaining all creations and the universe. We as Your humble creation, ask for Your guidance as we reflect on our position towards our environment and other created things. Deliver us from the arrogance and pride that led us into the willful squandering of resources. As You provide us food, You also provide every creature on earth their food. Teach us to treat ourselves, the land, and all of creation with dignity.

We pray that You would give Your perfect wisdom to the staff and students of FfF, and strengthen them with faith to live a different life to care for your creation despite living in a world that upholds efficiency, performances, modernisation, and capitalism. We pray that others would glorify You, our awesome creator, as they witness these brothers and sisters’ examples and fruits in following your ways. Amen.