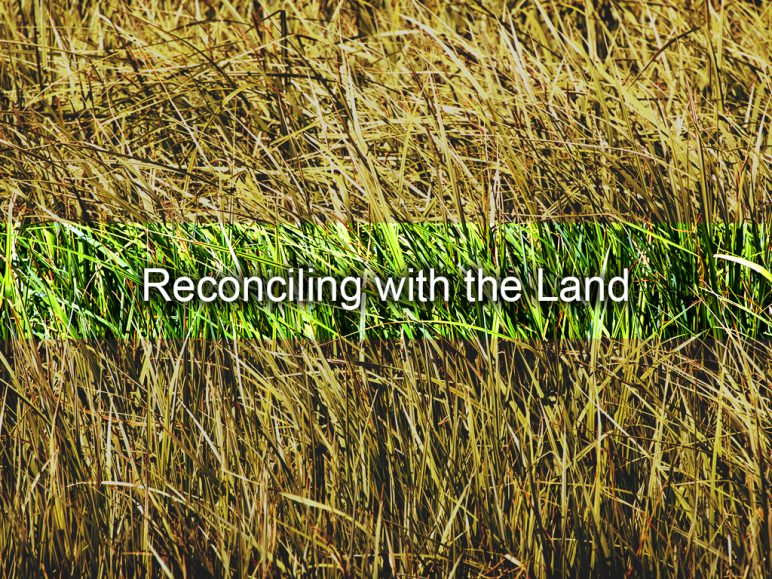 Lent refers to the 40 days period (excluding Sundays) preceding Easter, during which Christians would involve in practical exercises such as praying, fasting, penance, abstinence, almsgiving, and practising self-denial to reflect and adapt a sacrificial, minimalistic, and caring lifestyle.

In the past few years, CEDAR has promoted the same idea of simplistic-living through different events and articles, encouraging brothers and sisters to live our lives on the foundation of Christ’s salvation and rebuild our relationships with God, with ourselves, with each other, and with the environment.

We will continue the practice this year and focus on the mission to reconcile with the land. We are going to reflect on our commitment in “liberating the creation from its bondage to decay and bringing it into the freedom and glory of the children of God” (Romans 8:21) through a 6-week ePrayer series, featuring CEDAR and its partners’ work examples.

Today (Ash Wednesday), let us look at the relationship between salvation in Christ and the land through a passage in Colossians.

“And through Him to reconcile to Himself all things, whether things on earth or things in heaven, by making peace through His blood, shed on the cross.” (Colossians 1:20)

When thinking of Salvation, we often think of Jesus’ blood that cleansed our sins and so we are reconciled with God. While it is a cardinal truth, it is still just part of the whole picture. In Colossians 1:15-20, Paul maintained that besides saving humanity, Christ’s sacrifice also saved all creation.

“All creation” or “all things” repeatedly appeared in the passage. The meaning of the original word, πᾶς, refers to all things including human, animals, plants, and the whole universe. They were all created through Christ and hold together in Christ (v.17). Hence, the object Paul pointed to as the receiver of Christ’s blood and reconciled with God in v.20 was not merely human, but all of creation.

The value of Christ’s blood to men was easy to understand as it saved us from the consequences of our sins, but why did the land and the animals also need salvation? The answer lies in the fact that the land is a victim of our sins which caused it to deviate from its intended, God-given form.

In the beginning, the relationship between men, God, and the land was perfect and full of His glory. But when men sinned, not only had it broke their relationship with God, they had also resigned their God-given role in taking good care of the land (Genesis 1:28), repeatedly deforming it for their own interests and convenience, and ultimately distorting its original form.

The destruction broke the relationship between men and God, land and God, and men and land. Yet, Paul proclaimed that, through Christ’s salvation, these relationships were reconciled.

From the passage, we understand that the reconciliation Christ brought includes God and the land; hence, we shall follow His work and recommit ourselves as God’s stewards in reconciling with the land.

The Cape Town Commitment [1] has a call-to-action section under “Christ’s peace for his suffering creation” to encourage Christians worldwide to:

A)     Adopt lifestyles that renounce habits of consumption that are destructive or polluting;

B)     Exert legitimate means to persuade governments to put moral imperatives above political expediency on issues of environmental destruction and potential climate change;

C)     Recognise and encourage the missional calling both of (i) Christians who engage in the proper use of the earth’s resources for human need and welfare through agriculture, industry and medicine, and (ii) Christians who engage in the protection and restoration of the earth’s habitats and species through conservation and advocacy. Both share the same goal for both serve the same Creator, Provider and Redeemer.

The Lord of heaven and earth, we praise you for the beautiful world you’ve created! However, out of our selfishness, we have repetitively destroyed the nature and stripped it away from its former beauty that could have been used to glorify you. We pray for your forgiveness and guidance as we repent and learn to love your creation and rebuild our relationship with it again. Fill us, Holy Spirit, so that we could carry out the practical actions suggested above in Your light. Amen.

[1] The Cape Town Commitment is an important document reflecting the proceedings of The Third Lausanne Congress on World Evangelization. Manifested in a historically significant time, it was based on the The Lausanne Covenant and The Manila Manifesto. The Commitment has two parts: a confession of faith and a call to action.
Reference: http://www.lausanne.org/content/summary-of-the-cape-town-commitment