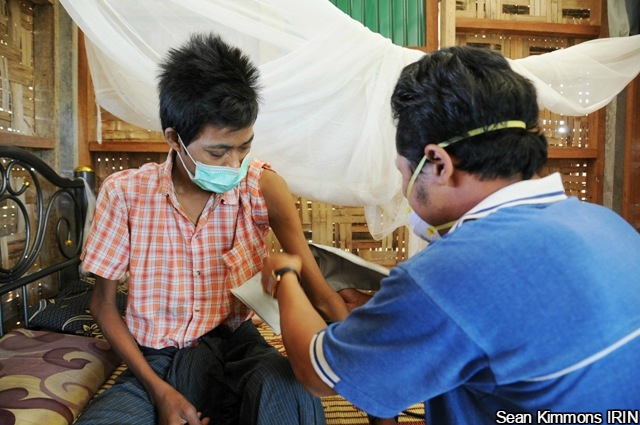 At the 70th annual World Health Assembly in May 2017, member states will vote in a new director general for the World Health Organization (WHO-DG), who will take office on 1 July 2017.

Currently there are six candidates for the post, four from Europe, and one each from Africa and Asia. They will face a tough task in proving to the world that the WHO is still competent in delivering global health, particularly given the criticism it received after 11,000 people died during the Ebola outbreak.

In mid-October a group of international experts issued a call to the next WHO-DG to work for a Global Treaty on the Human Right to Health as a matter of highest priority.  The rationale lies in the organisation’s main constitutional pillar, which is the right of everyone to the highest attainable standard of health.  WHO’s next leader should bring human rights to the forefront, ensuring the universal right to health.  The experts proposed a Framework Convention on Global Health (FCGH) should become the centrepiece of this endeavour.  It would usher in a new era of global health with justice—vast improvements in health outcomes, equitably distributed.

The group listed the following four problems with present governance for global health:

Pervasive structural deficiencies in national and global health systems are making them incapable of achieving global health with justice. These structures enable inequities to persist, fail to ensure accountability, and permit health and non-health sectors to undermine the right to health.

Legal or political consequences are rarely imposed on state and non-state actors for non-compliance with global norms required under the International Health Regulations.  Nor have higher-income states offered international assistance required under that treaty.  Weak health systems and harmful travel restrictions resulted in a tragedy for west Africa during the Ebola outbreak, and deficient public health systems again amplify the harm from Zika.  Human rights accountability mechanisms are often ignored.

WHO has not vigorously engaged non-health sectors to defend the right to health.  Treaties on trade, investment, and intellectual property often undermine public health.  International financing co-operation is needed to reduce a 200-fold public health spending disparity between low-income and high-income countries.

Accordingly the group called for the establishment of an FCGH to respond to these failings.  An FCGH based on the right to health is well within WHO’s constitutional powers, with the Framework Convention on Tobacco Control demonstrating proof of concept.  The FCGH would bring the following reforms: establish accountability mechanisms that span from community to national levels; focus on health justice for marginalised populations; establish a national and global health-financing framework to ensure universal health coverage, including underlying determinants of health, and reduce health-financing disparities.

The group aspire that the FCGH would reinvigorate WHO’s global health leadership, and become the platform for badly-needed reforms, such as community participation, new priorities favouring social determinants of health, and a culture of transparency and accountability.

“So God created mankind in his own image,
in the image of God he created them;
male and female he created them.
God blessed them and said to them,
‘Be fruitful and increase in number; fill the earth and subdue it…’ ” (Genesis 1: 27-28)

Good global health governance is essential for all peoples to reproduce, develop, function and enjoy well while on earth.

Pray that there will be fair and uncorrupted election of the next WHO D-G, who will have the wisdom and strength to properly use the mandated powers of WHO to help materialize all peoples’ right to health.